What settings do you feel don’t get enough attention in fantasy? 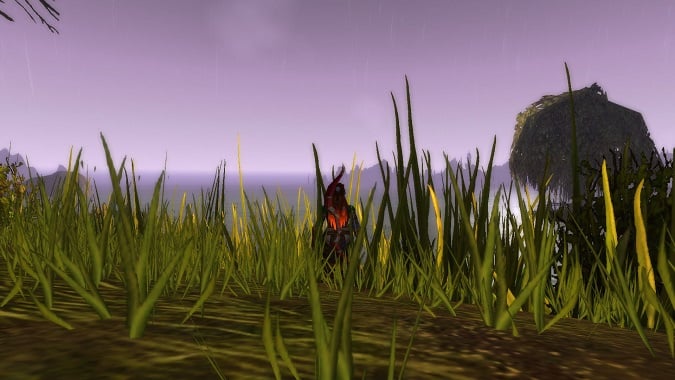 I was on the Atlantic coast a couple weeks back, and I like to explore the various environments that I don’t normally get a chance to see near my central piedmont home. Towards the top of the list are the various federal wildlife refuges nearby, especially Pea Island and Alligator River. While birds are my primary motivator to visit (especially later in the year) the Carolina coastal wetlands are home to black bears, alligators and other reptiles, and is the only wild location of the critically endangered red wolf.

Of course I was still thinking of World of Warcraft and Dungeons & Dragons in between jaunts, and it occurred to me how rarely you see this sort of environment used for a fantasy campaign or game setting. 5th Edition does have the Ghosts of Saltmarsh adventure, and on Azeroth you can find the Wetlands, the far edge of the Swamp of Sorrow, the bogs of Theramore, and the southern coast of Krasarang Wilds — although that is arguably more of a jungle coast than a wetlands coast. Compared to the number of forests and mountain zones, though, coastal wetlands really pale.

It’s easy to see why creators like dark forests or jungles: the dramatically reduced visibility results in more tension for adventurers. Areas with high visibility such as deserts or tundra have either their own set of environmental challenges or the tendency for a blinding storm to arise when needed. While you could throw a hurricane at a coastal wetlands setting, in general the only challenges you tend to face are slithery creatures lurking beneath the surface or a Murloc or lizard-people encampment.

I’d like to see more creative usage of neglected ecosystems, because there are only so many mountain enclaves and forest homes that an adventurer can visit before they all start running into each other. Wetlands are extremely popular for settlements in history, and the struggle against the unrelenting ocean drives many an historical narrative. Meanwhile, steppes can be home to more than just riders and nomads, and a rocky coast akin to the Alaskan shore or Howling Fjord allows you to blend arctic and coastal encounters in new ways.

What say you? Do you think a coastal wetland is too boring to construct many adventures from? Can you not get enough of alpine peaks in your games? Or are you getting tired of deserts and jungles all the time? Chime in below!

Blizzard Watch is made possible by people like you.
Please consider supporting our Patreon!
Filed Under: Coastal Shenanigans, Wetlands
Advertisement