The Queue: Summer in the sun edition 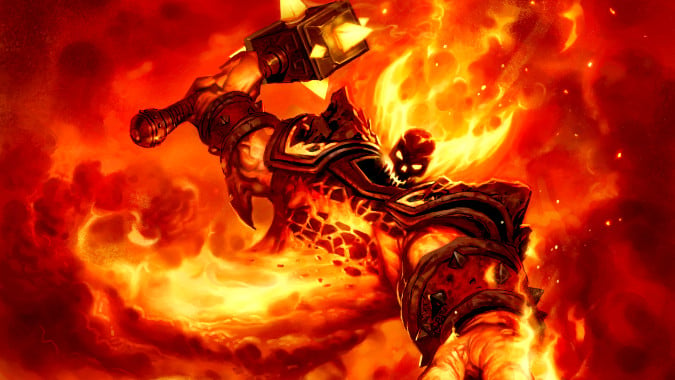 But mostly it’s too hot outside so I am staying in with the windows closed and the A/C on. I’m just saying no to beach days because I will burn to a crisp. What Ragnaros couldn’t do, the summer sun can.

So let’s sit inside with our computers and talk about video games.

Q4tQ So what’s your July looking like? Anything you’re looking forward to?

I’m looking forward to it not being July when the weather cools off.

Q4TLiz: With the announcement of Season 3 ending on reset of August 2nd, will your guild get AotC? Also PSA: While AotC is going away with the season, the mount from Heroic Jailer will remain obtainable until Dragonflight launches.

I think we’re good to finish Ahead of the Curve, though this is closer than we usually cut it.

I’m in a somewhat casual Heroic raiding guild that plays a couple of nights a week. We aren’t all super masterful players — we’re just people with lives and responsibilities who like play Warcraft, and we do it as best we can. Sepulcher has had a lot of challenges, a lot of straight-up pass/fail mechanics where one person messes up and it’s a quick slide to a wipe from there… Anduin being an extreme example.

But right now all we have left are Lords of Dread and the Jailer, and we’re getting close on Lords of Dread. That’s another fight where if one person messes up it can mess everyone up and lead to a wipe pretty quickly. You’ve got the green plague circles where you want to stay away from everyone, except if your stacks get too high you want to run to someone without a circle to give them your circle, and when there’s a purple circle you want to run your green circle into it — but not the small purple circles, the big purple circles — and the ground just fills up with blobs of color you are alternately supposed to avoid or stand in and it’s sort of a weird game of Twister but with more Dreadlords. And that’s before you even get to the Among Us phase where you must kill the two Dreadlords among you while not accidentally killing the non-Dreadlords and please watch the AOE and get your pets off me!

But we’re getting close. I think next raid night we’ll have Dreadlords down, then we have a few weeks to get the Jailer. I think we can do it. We’re in the home stretch!

What about y’all? Are any of you working on AotC or Cutting Edge? Are you gonna make it? This has been a tough tier.

Q4tQ do you go out of your way to complete achievements in wow? If so, what motivates you to do them, eg specific rewards? And what is your white whale – which achievement(s) have you been trying for and has been eluding you or taking forever?

I find I don’t often have the patience for long achievements. I get distracted. Something shiny catches my attention. I forget about it between reset… etc, etc.

For example, I’ve been working on collecting Artifact appearances for my Holydin. I didn’t play this character during Legion, so I’m well behind the curve there. But something like Balance of Power requires multiple weeks of multiple raids, plus a reputation grind…. I could have finished it ages ago. It’s certainly been long enough. But I get distracted and forget to go back in every raid reset.  I don’t have the attention span for these long achievements, and they often get forgotten, collecting dust in some far back corner of my memory.

I am getting close on Balance of Power though. I think I only need one more Nighthold run to finish the Nighthold part, and I’m pretty sure that’s pretty close to the end… but I have to remember to run it next week, which is the hard part.

The very best achievements are appearances like this. Getting Balance of Power is going to feel very rewarding because I will have so many awesome new weapon models to use. And it’s an unfortunately small number of achievements that award things like this! All of these raid achievements will earn me transmog, and maybe pets or mounts… but I’d say the transmog you collect along the way is as exciting — probably more exciting — than the achievements themselves.

Random Q4tQ: when watching a series, do you watch more than one concurrently, or do you have to finish one before starting another?

Asking because my neurosis about this is very particular – I have to finish something, at least in part, before starting something else. (Or just decide not to finish it.) But I’ve spent the past four weeks watching a season of Stranger Things from Thursday to Tuesday, then watching Obi-Wan Kenobi and/or Ms. Marvel on Wednesday, then starting the next season of Stranger Things on Thursday, because that was the only way I could feel like I wasn’t stopping something partway through. >_<

Much like with achievements, where I get distracted and forget to go back, if I watch multiple shows at once I frequently get distracted and “lose” one show and forget to go back. Right now I am sort of simultaneously rewatching Star Trek the Next Generation and Deep Space Nine, as well as Strange New Worlds, and I keep meaning to watch Ms. Marvel, and I haven’t finished Obi-Wan, and I’ve meant to watch Star Wars Rebels, and….

There’s so much out there that the only limit is my attention span. And my attention span is pretty limited. It’s not so much that I can’t watch multiple things at once, and hop back and forth between them, but if I start trying to keep up with too many things something’s going to give. One show will fall through the cracks and be completely forgotten, never to be seen again.

QftQ: How would we feel about player ships as an alternative to player housing?

You still have lots of ways to customize it, but it wouldn’t be as important to have a unique ship model for every single player race, at least not right away. And there would still be an interior that could be customized in a lot of the same ways as a house could be.

As a bonus, it could double as a new transportation network as you could sail it from port to port, and perhaps with some use of teleportation it could take you to places inaccessible from the Great Sea, or even off Azeroth. This would also mean you would take it with you from expansion to expansion instead of leaving it in a designated place.

I would probably still prefer housing if given the choice, but it has the potential to be a lot cheaper from a dev resource point of view so it has a better chance at happening at all.

I think ships you can customize and take around the world sounds amazing! This feels like a “have your cake and eat it too” — you get to have a customizable house, but you also have something that can move around.

On the flip side, I don’t think this sounds any simpler than adding player housing in any other way. You’ve just turned the house into a boat, and building a boat transportation network may actually add complexity.

But I like the idea of having a little houseboat that I take along with me in every expansion. Going to Pandaria? I’ll just sail across the ocean and drop anchor off shore. Wherever I am, my home is also there. It sounds kind of cozy, being able to go strange new places but always keep close to home.

Finally, I can see what everyone’s talking about.

And that’s all for today, my friends. I hope you have a lovely Friday and a good long weekend to come — or just a good weekend if you don’t happen to have a long weekend. Take care of yourselves and pet your dogs for me. I’ll see you right back here next week.