The Queue: Time is warped and space is bendable 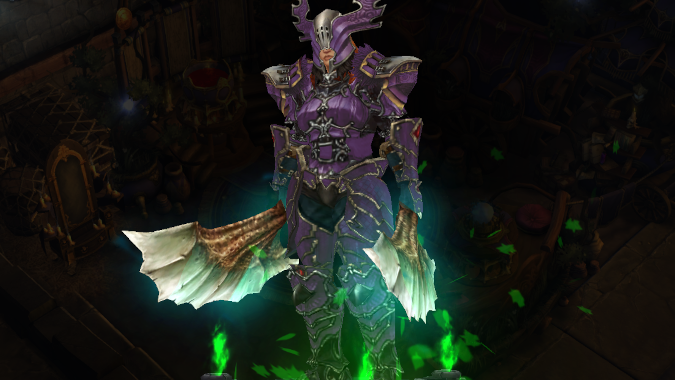 It’s 2022, and I’ve been playing so much Diablo 3 that my brain honestly feels like it’s reset back to 2012. But also I’m in the Dragonflight alpha (no new Warrior talents yet, I am sad to report) so it’s definitely 2022. It’s a less than ideal way to keep track of time.

Cory needed to get some other stuff done so I’m here today. I’m listening to my Wake the Pirate Ghost Up track. What are y’all listening to?

SHADANAH
Q4BWP or Q (I don’t know who has had early access): I read an opinion post elsewhere that the Dracthyr make other classes feel outdated. Do you agree with this?

Without access to the updated talent trees for all the classes, I find it hard to say, but I will say that they make all the classes as they are in Shadowlands feel outdated.

Question for the Queue –

What situation would be more scary…Batman starting to smile or Spider-Man stops talking? pic.twitter.com/hVcd9NPb4a

Spider-Man telling jokes is a nervous Peter Parker trying to keep himself cool by cracking wise. It’s a coping mechanism that keeps the normal human being he used to be (and still often thinks of himself as — despite having grown up he’s still a nerdy teenager who was bullied a lot inside) from freaking out.

A silent Spider-Man is no longer nervous and you should be deeply terrified of him. He’s been shown lifting a subway train, smashing through a six inch steel door with his bare hands, and otherwise doing things that are flat out impossible for a normal human being. Just checking out the list of feats on the Reddit respect thread, you start to realize how much of Spidey’s problems come from his general desire not to hurt people and his near constant and almost total tendency to hold back.

A Spider-Man who stops kidding around and bantering? He would probably kill everyone he fought in two or three seconds. Which isn’t the character we’ve all grown to love, so I’m pretty sure we’re grateful we don’t see this side of him very often. I know Wilson Fisk is.

As for the smiling Batman, unless he’s a writer’s favorite pet (aka The Batman Who Laughs and Also Is In The Worst Storylines) you’re probably okay. I mean, he’ll beat the snot out of you, but he was gonna do that anyway.

Watching a video this morning where people are trying to coin the term “Commitment Games” as a new genre. What defines a commitment game is any game that demands your full attention for the duration of the game, as any break you might take to play another game cause you to risk forgetting the dense story or game mechanics. No short half an hour play time sessions a month after you started, because you are going to spend that time trying to figure out how and why you are playing. I kind of like that description, because it has certainly happened to me back in the Wii generation with Xenoblade.

I wonder if this is a thing that my ADHD prevents me from experiencing. Whether it’s Fallout 4, Kingdoms of Amalur Reckoning, Assassin’s Creed Odyssey, Cyberpunk 2077, any of the Dragon Age or Mass Effect games, I never seem to have this problem. I can pick up old saves from a decade ago and get right back into them with no more than a few seconds of oh, right, this guy.

Honestly I’m not sure why. I don’t have an especially good memory, but for whatever reason old game saves just resolve themselves for me really fast and I can carry on. This may be why once I’m into a game I can never really get out of it, because if I stumble back into a game I never get frustrated not knowing what I’m doing and escape it.

Interesting.
In addition to changing the gender icons to “body type” there are also strings in the files to give players the ability to change their pronouns in quest text, and apparently they’re working on detaching voices from body types as well.

Yes. It’s a good start. Cyberpunk 2077 has that functionality and I’d like to see it in more games. They has been in use as a singular pronoun for centuries, it’s been around since 1375 at least. It’s not new and it is absolutely correct grammatically speaking. It shouldn’t be an issue to use it now.

There needs to be a way to give LFG tanks a rating after a dungeon. I’d be giving out so many zero scores.

The second you can start rating people for their performance in an LFG you’re going to see DPS players getting obliterated for every and anything and healers ‘review bombed’ every time some jerk dies because he didn’t get out of the Atomic Flame Siphon.

Okay, that’s the Queue for today. My playlist for today’s Queue includes:

There’s more but I feel like that’s enough and I want to go eat a sandwich. See y’all later.

Blizzard Watch is made possible by people like you.
Please consider supporting our Patreon!
Filed Under: Don’t Upset Spider-Man
Advertisement