The Queue: It all comes together 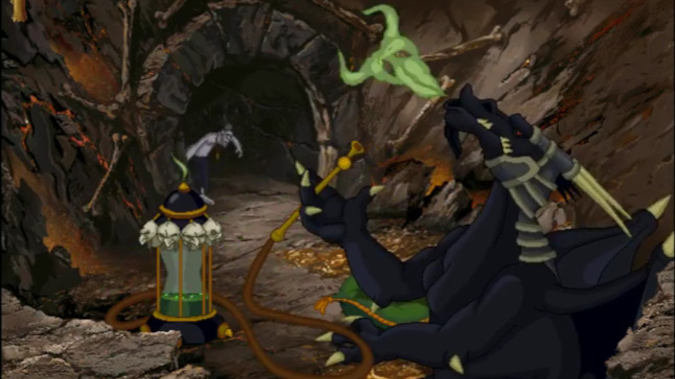 Tin Foil Hat: So while doing the Zereth Mortis campaign on an alt (ugh), I get the Crown of Wills part, and the Primus makes an interesting comment I never really noticed before… he says that, now with the Crown of Wills, everyone in the Shadowlands will have free will. This seems very different from how the First Ones set up the Shadowlands, where the Eternal Ones have their very specific roles, and don’t seem much able to break free of them. Especially when you’re fighting the Prototype Pantheon — it’s obvious that any of the Eternal Ones are replaceable with some kind of soul to take on the pre-determined, pre-programmed functions required.

Tin Foil Hat based on the idea that the Primus was the villain all along, and maybe his “plan” was to break free from the First Ones’ “real” domination. Or something. It’s probably just a a throwaway line about, “Oh boy, no more domination magic”, but it did catch my attention this time.

One of the PTR builds for Sepulcher of the First ones had the following text for the Prototype Pantheon.

“The first iteration of the immortal council was not put into use because their ideals were too extreme. With the enemy at the gate, Lihuvim has little choice but to reactivate these dangerous prototypes.”

The actual Adventurer’s Journal entry for the Prototype Pantheon in the live game is as follows.

“Bereft of the cosmic spirits of the Eternal Ones, these incomplete host bodies can only carry out their base directives without mercy or compassion. With the enemy at the gates, Lihuvim has little choice but to activate these dangerous prototypes.”

I bring this up because I think you’re not considering why they’re called the Prototype Pantheon. The phrasing from the first version above — the first iteration of the immortal council — and the second — bereft of the cosmic spirits of the Eternal Ones — has me contemplating what, exactly, is going on with the Pantheon and especially what’s missing from the Prototype Pantheon.

There’s no Arbiter. There are versions of the Primus, the Archon, the Winter Queen and even Denathrius, but there isn’t a Prototype of Arbitration. The various Eternal Ones called Zovaal their brother, and he clearly shares an origin with them. Why, therefore, isn’t there a Prototype for the Arbiter role? Why was the Prototype Pantheon ultimately unfit for service? Why were they replaced with the actual Pantheon, which was deemed suitable to be put to use?

We made a new Arbiter using the soul of Pelagos, but it’s entirely possible that the reason this worked was because we already met the Prototype of Arbitration, because the original Eternal Ones did not have an Arbiter. That the Arbiter itself was created by the First Ones to keep the Eternal Ones from exceeding their role or performing their duties ‘without mercy or compassion’ and that might be very important to what Domination Magic ultimately was and/or is and who really created it. What is the role of the Arbiter? What does an Arbiter do?

What’s some of your favorite lines in WoW so far?

There are others, but that one just perfectly encapsulates Cho’gall and is so elegantly, wonderfully concise.

Question for the Queue
Do characters in game getting lore wrong bother you? When you know what lore is but the actual character in game gets it wrong. For me I always sigh when Wrathion gets called the son of Deathwing, I get it rolls off the tongue better than grandson of Deathwing but it doesn’t make it correct.

Not particularly. I mean, for one thing, in your example? We don’t actually know who Wrathion’s father is. For one thing, his egg was created by Titan technology that supposedly combined a Wild Black Dragon egg, one of Nyxondra’s eggs, a Black Dragon Whelpling’s corpse and

But we don’t know who sired those eggs. Deathwing has been shown to be willing to do some horrible things in the past, including mating with Sintharia while in his molten state (which horribly scarred her) and it’s entirely possible Nyxondra was another of his victims. Deathwing was clearly enraged by Rheastrasza’s actions, far more so than one might expect from the Dragon Aspect who himself often experimented on other Dragons.

Either way, Wrathion is certainly Deathwing’s grandson, and he clearly thinks of the elder Dragon as his father in a spiritual sense, as we saw in Pandaria when Wrathion confronted his fears of becoming like the Aspect. We even see Wrathion call Deathwing his father the first time he appears, addressing the Red Dragon Mostrasz as free of the madness of his father.

So, for most people, since Wrathion’s parentage is unknown and perhaps not even applicable — there were at least two eggs involved in his birth, one laid by Nyxondra and one of unknown parentage, and a dead whelp of similarly unknown parentage — Son of Deathwing seems a serviceable and perhaps even accurate title for him. Plus, since Wrathion seems to have designs on rulership of the Black Dragonflight, conveying his relationship with the former Black Dragon Aspect may serve to highlight his legitimacy. He also refers to Ebyssian/Ebonhorn as his brother, which of course isn’t strictly speaking true, but which is true in the sense of them being two uncorrupted Black Dragons.

Q4tQ: is there a character sillier than Stewart the Steward the steward of the Stew ward, who gives you a stew award?

Whoever the hookah smoking Dragon that Thrall spied on in the Warcraft Adventures game really was. Because man, that is so not Deathwing.

Okay, that’s the Queue for today. I’ll be back tomorrow, and I’ll probably be really cross at myself for not asking y’all to ask more questions for me to answer. Unless I do that now. So here’s me, asking y’all to ask me a lot of questions so I have a bunch to choose from tomorrow. And yes, they can all be about that Dragon pretending to be Deathwing.