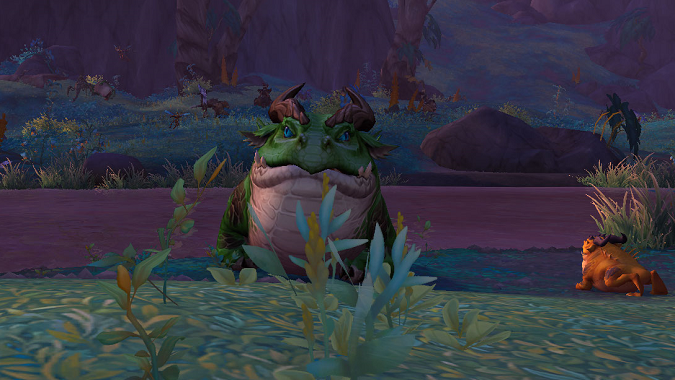 The latest alpha build for World of Warcraft‘s forthcoming expansion Dragonflight included a new feature coded as “Soft Targeting.” An alternative to the standard tab target or click-to-interact that WoW players have been using for years, the soft target feature will automatically target an NPC or enemy within medium range that your camera is centered on — you don’t have to get right in their face, thankfully, but casters and hunters will find it hard to start combat from maximum range with this feature. Soft targeting could also be an accessibility option for some players, especially those who currently struggle with the tab target implementation, and may make controller support a lot more palatable.

Where the mode really shines is in close multi-target situations; for example, a rogue could sap one target then ambush the neighboring target with two button presses and a tilt of the camera between the two targets. It works even in combat, letting you switch targets for a moment — say to do a quick interrupt, or to gain aggro — and immediately return to your primary target.  If a player wants to ensure that moving their camera doesn’t accidentally change targets, using tab to target will override this feature temporarily until no enemy is targeted. Of course, the entire system is optional so a player can choose to turn it on or off via the interface menu (menu path NYI) or using a console command:

/console SoftTargetEnemy 3 will turn on the mode for combat targeting

/console SoftTargetEnemy 0 will turn off this mode

For those worried they may start attacking the wrong NPC, the name of the target is displayed above their head even if the NPC Names setting in the Interface menu is set to None. 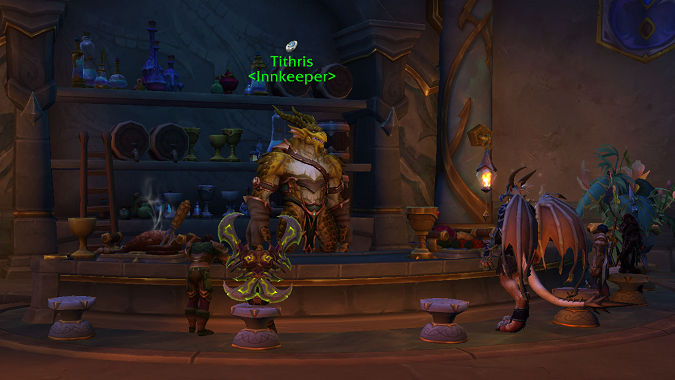 Soft Targeting works on friends and items as well as enemies

Soft Target isn’t restricted to just combat situations. For those who want an easier way to interact with NPCs or items the same system will work as well, with the Interact options already available in the keybinds menu defaulting to “F.” Like the combat usage, the Soft Target lets you target an NPC with your camera, but there’s an added bonus — the NPC will display an icon over their name to preview what pressing F (or a different keybind you set) will do. An innkeeper will display the innkeeper icon, while a vendor will display a bag or anvil depending on whether they offer repairs. Quest NPCs can also be interacted with in this fashion, but their icon remains the familiar exclamation point.

The functionality extends to interactable items such as mining nodes or the mailbox, allowing you to use them without direct targeting. You still need to be within normal usage or interaction range (no opening a mailbox or talking to an NPC from long range), but this feature should still be quite useful, especially with those annoying “pick up 12 items from the ground” quests.

Like the target option, this feature can be turned on via the interface menu (menu path NYI) or using a console command:

/console SoftTargetInteract 3 will turn on the Interact mode

/console SoftTargetInteract 0 will turn this mode off

Note that the automatic default of Interact is independent of this new mode, so F will be enabled for all players who have not already set this keybind before Dragonflight.