How to get (and use) Dragonriding in Dragonflight 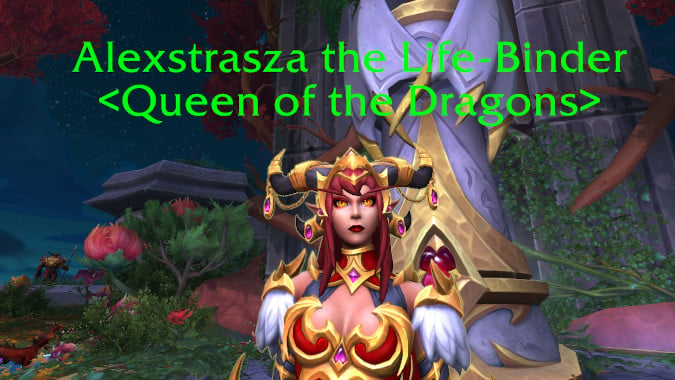 One of the most intriguing features coming to Dragonflight, Dragonriding, lets you not only take to the skies, but to use physics to hurdle your way through the Dragon Isles like a Goblin-engineered rocket. If you’re eager to try it out, the good news is, as you adventure, it unlocks quickly. Once your first character enters the Dragon Isles and starts leveling, it takes less than three hours to obtain. You can make this happen a lot quicker you only do the main story quests and ignore the side quests — maybe a bit longer if you take your time reading quest text and stop for herbs and ore.

When you get close to the pivotal moment when this interactive form of flying is going to be granted, a quest will be given to rescue a red dragon egg. Majordomo Selistra, a Vulpera-visage Red Dragon, flies you on their back to the Ruby Lifeshrine to meet with Alexstrasza the Life-Binder, in the quest For the Benefit of the Queen. Alexstrasza talks about the future of the Red Dragonflight, and some dragon lore, and then gives the quest Dragonriding. Speak with Lord Andestrasz in the Ruby Lifeshrine, and then you can ride dragons. To sweeten the deal — and actually be able to use that shiny new skill you just gained — you get a Renewed Proto-Drake.

That’s it, that’s what you’re here for. You can ride dragons. Expansion over. Nothing else to do. Like and subscribe.

But hey, while you’re still here, let’s look at the starting process of Dragonriding, the initial training packed with How To Train Your Dragon references — and whether or not using Dragonriding as our main form of locomotion will be an arduous process going forward. 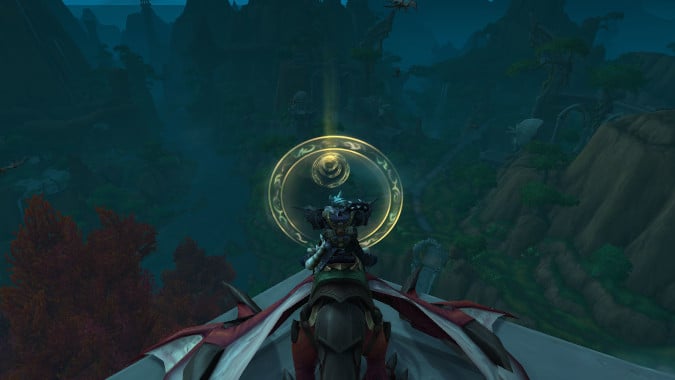 It all begins with how to properly ride a Dragonriding mount. Flying is no longer just moving along the X, Y, Z axes by pressing your arrow keys, or just rising above the landscape and autorunning to your dungeon entrance. Now you’ll have to glide, gain momentum, and keep from accidentally landing.

Lord Andestrasz teaches you the basics of Dragonriding. First test: glide downward. Second test: dive, which will increase speed and allow you to glide a little further. Final test: how to dive further down to build momentum, and curve back up. Afterwards, you’re guided to Skytop Observatory for some more features.

Another note about Dragonriding that isn’t really explained in the initial tutorial. When you hop on your proto-drake, you now you have three diamonds of Vigor, and a bar above them. Certain moves or abilities in Dragonriding will spend Vigor, and then it will recharge. When not flying, whether on the ground or just not mounted at all, the bar will fill up, and you will regain one Vigor each time it does. Vigor is spent to fly faster, or higher. This is important, because the next part will require you to fly up to Skytop Observatory, using rings, and these new abilities. 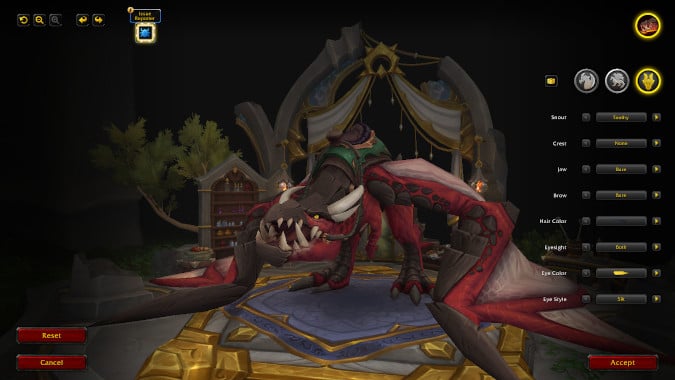 The most important part of Dragonriding: How to customize your dragon

Next, you’ll be directed to the Rostrum of Transformation. This is where you can customize your Dragonriding mounts. Throughout Dragonflight, you’ll collect Drakewatcher Manuscripts, which will supply you with additional customization options. There are a few different base mounts, with different customizations for each. This allows for the change of scales, eyes, horns, hair, and so very much more. Even the UI is very similar to another customization feature: the Barber Shop.

Without much fanfare, there is also mention of Dragon Racing. This was introduced on the pathway up to the Skytop Observatory. We hope you like ringed pathways! 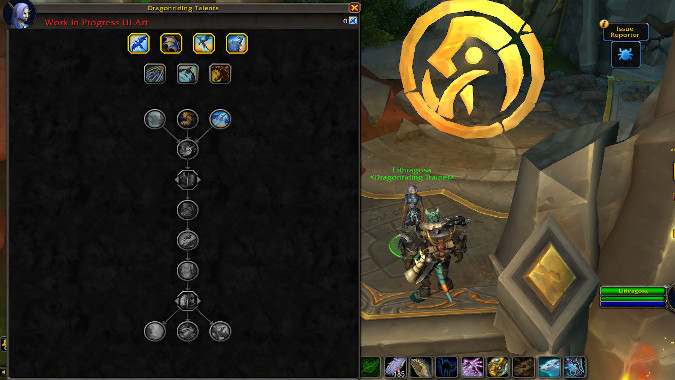 Once you’ve mastered the basics of flying, speeding up, and steering, there is also the Dragonriding Talents, or Skills Track to consider. The top row of talents and abilities are just granted for free, and the next three are earned for completing the story quest chains in the zones. After that, talents need to be unlocked in order down the tree. Most of these increase the number of Vigor that you have, up to six, or they increase the rate in which Vigor regenerates. There are a couple that stand out, though.

You’ll have a choice between Dragonrider’s Initiative or Dragonrider’s Compassion. While flying you gain stacks of a currently unnamed buff, up to ten. When you dismount, if you’ve chosen Initiative you’ll deal a shockwave, damaging enemies around you, and with Compassion you’ll gain a shield and movement speed. Both of these are increased based on the number of stacks. Another fun one is Airborne Tumbling, allowing you to dismount airborne enemy players. It’s sure to add some excitement in flying PVP — you may want to invest in Goblin Glider Kits now.

To earn those talent points, you will need to collect glyphs all around the Dragon Isles. These are meant to test your Dragonriding skills — and look up coordinates. 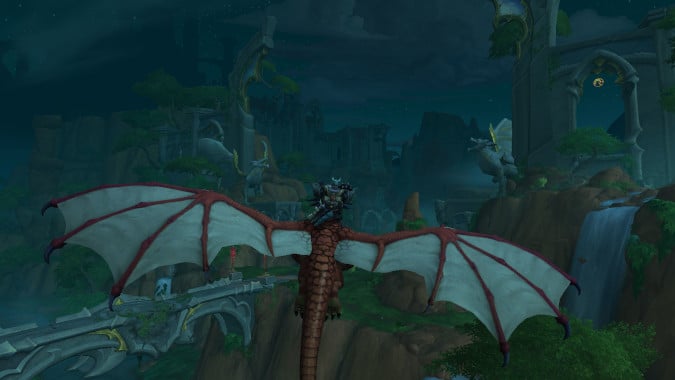 Do alts have to re-earn Dragonriding?

If you’re bored with your Hunter and switch to your Druid, the moment the Druid steps off the boat in the Wild Coast, they have access to all the Dragonriding mounts — complete with all the unlocked Vigor — your Hunter had already collected. Then, if your Druid is off picking flowers or biting a dragon and you happen to pick up a new glyph you hadn’t seen before, you now have an extra point and can continue down the same tree, and will keep that point if you swap back to your Hunter. They’re in it together.

A lot about Dragonriding is very customizable, appeals to the collector, and luckily is also alt-friendly.