What Support heroes have changed the most in Overwatch 2? 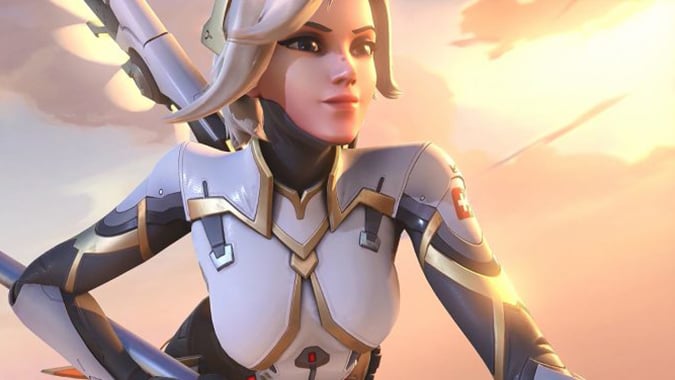 In Overwatch 2, every single support hero feels a little different to play for a simple (albeit indirect) reason: the change from 6v6 to 5v5 means that there’s only one tank per team now. And that single tank has to protect the entire team, in addition to whatever map objective is currently in dispute. Which means that you, as a support hero, will need to fend for yourself far more often in Overwatch 2 than you did in the first game — while the opposing team’s damage heroes will spend a lot more time hunting you down.

As a result, some support heroes have new, better ways to defend themselves, and all of them share a new passive ability that aids their survivability. Several minor adjustments have been made, so let’s check out the details of those changes.

Overwatch 2 has a new concept called “role passives.” Basically, each of the three roles — damage, support, and tank — has a new passive ability that is shared among all heroes of that role.

For support heroes, the passive ability gives some health regeneration after not taking damage for a few moments — which is similar to the effect that Mercy already had in Overwatch. This is definitely a noteworthy enhancement, giving them the chance to escape from a losing battle and slowly recover to fight again later.

Now that we’ve got that collective change covered, let’s look at individual hero changes, from the most to the least impactful. 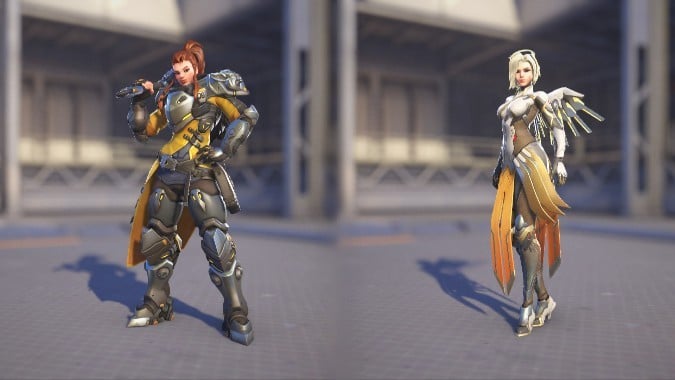 Brigitte: Shield Bash no longer stuns, but packs a punch.

In what is probably the biggest change to support heroes — and a significative change to the game as a whole — Brigitte’s Shield Bash no longer stuns enemies. To compensate, however, it deals far more damage, travels farther, does not stop when impacting barriers, has double the amount of knockback it used to have, and its cooldown has been reduced. In a nutshell: it’s no longer as much of a crowd-control ability, but it’s definitely a powerful damage-dealing button.

Her Inspire has been slightly nerfed in its duration, but it can now trigger off of her Shield Bash damage as well.

Since all Support heroes get self-regeneration now, Mercy’s own Regeneration ability has been buffed, ensuring that she still passively heals for more than everyone else.

But the biggest change to Mercy comes to her mobility. Her Guardian Angel ability, which lets her fly to an ally, now has a meter that charges up while active. If you cancel your Guardian Angel by jumping, it launches Mercy in the direction she’s facing — and the more meter you charged, the more launch speed you’ll have, meaning that it’s much easier to send yourself flying anywhere, or do big jumps. You can also press crouch instead of jump to launch yourself straight up.

In addition to that, her Angelic Descent can now be used while airborne by pressing crouch, and it’ll slow not only your descent speed, but your ascent speed as well, giving you a lot of control over where you want to go. 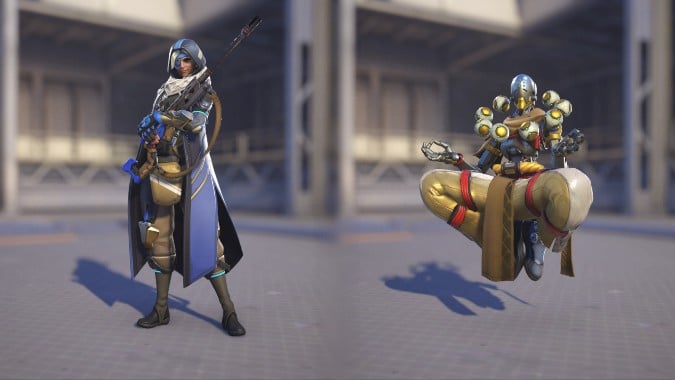 Ana has become more able to shoot things, since her rifle’s ammo has been increased. Conversely, her Sleep Dart’s cooldown is increased, and the duration of her Biotic Grenade’s effect has been reduced. She’ll be slightly less effective when healing herself with the grenade, but that might be to balance out the new passive regeneration. On the other hand, she can defend herself from enemies somewhat better with her gun now.

Zenyatta: his melee attack now has a powerful knockback.

Zenyatta has received a couple of nerfs: the time it takes for his Orb of Discord to fall off a target when not in line of sight has been reduced, and his base shields have been decreased.

But the biggest change to his kit is a powerful buff to Snap Kick, his melee attack: it deals more damage, and has a powerful knockback effect, letting you send enemies flying away from you — and perhaps off the edge of the map, which is always fun. 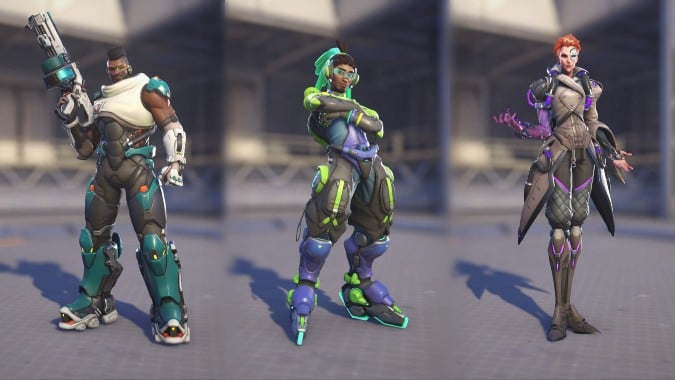 Baptiste: more of a healer, less of a damage dealer.

Baptiste’s gun deals slightly less damage, but the damage falloff range has been increased. On the other hand, his healing effects are improved with a buff to his Regenerative Burst healing, and more ammo for his Biotic Launcher.

Lúcio has a penalty to his self-healing whenever he uses his Crossfade to change between songs. Well, that penalty has been increased in Overwatch 2 — presumably to compensate for the new passive regen. On the other hand, the cost of his ultimate ability, Sound Barrier, has been reduced.

So there you have it! Playing the Support role in Overwatch 2 will take some getting used to: it’s a far more hectic world where you’ll probably find yourself fighting more often than you did before, since there’s one less person on each team — and one less tank to protect you. Hopefully knowing about these changes firsthand will help you make your adjustments as needed.