Targeted card acquisition, the most requested feature from beta, is announced for Marvel SNAP 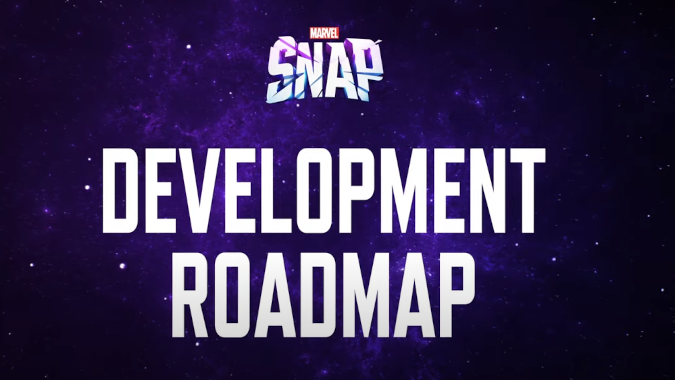 By far, the most requested feature from the Marvel SNAP beta testers has been targeted card acquisition: the ability to choose what new card you get next. Other card games like Magic: The Gathering Arena, Hearthstone, and Legends of Runeterra all have crafting systems that allow you to eventually get the exact card you want. That sort of system hasn’t existed in SNAP — but it will soon.

But unlike other card games, there was no way to craft or otherwise get a card you really wanted. You just had to wait until the RNG smiled upon you. I’ve experienced this myself. I’ve been wanting the very powerful, and deck-defining Mister Negative card for a while now, but Martin Li just won’t show up. 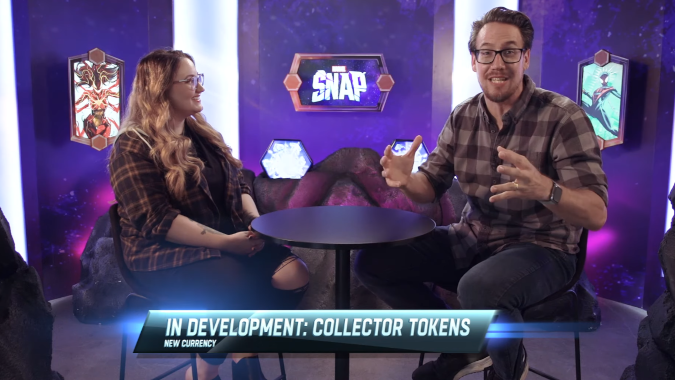 But that’s about to change. Nikki Broderick, Senior Producer for SNAP, and Ben Brode, Chief Development Officer for Second Dinner Studios, recently presented a road map of features coming to the game. One of these upcoming features is called Collector Tokens, and it’s the way SNAP will let you have some agency over what new cards you acquire for your collection. SNAP already has a dizzying array of currencies, but this will add yet another.

Collector’s Tokens will be a free currency that will appear on the Collection Road along with all the other rewards like Boosters, Credits, and Collector’s Reserve (loot boxes). Once Collector’s Tokens are implemented, the Shop will offer you nine different cards (that you don’t currently have in your collection) to buy with your Collector’s Tokens. If there’s a specific card you want, just wait for it to appear in the Shop and then buy it. Feel the power of your agency!

This will be great even for players that have all the current cards as SNAP is getting ready to add even more cards. There are three series (or pools) in the game, but two more series, Series 4 and Series 5 are on the way. Players will need to earn all the cards in Series 1, 2, and 3 before Series 4 and 5 will appear in their Collector’s Reserve. It sounds like Series 4 and Series 5 cards will have an even lower drop chance than Series 1, 2, and 3 cards. Collector Tokens will be an important way to get them.

But that’s hardly the only change coming to Marvel SNAP. Let’s look at the other exciting features that are on the way. Second Dinner breaks their future features down into three different categories depending on how close that feature is to being implemented in the  live game. These are “Coming Soon,” “In development,” and “In concept.” 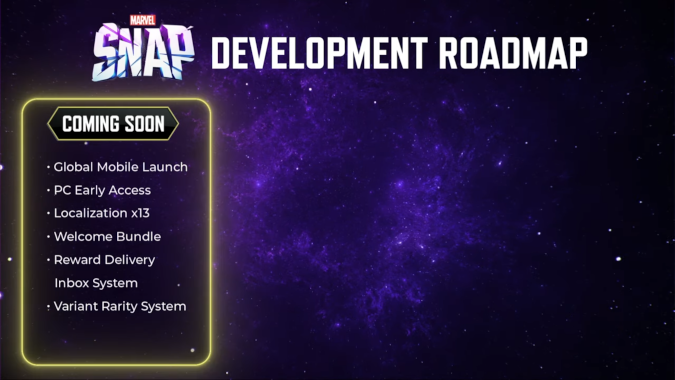 The first category, “Coming Soon,” are features that are about to be released. 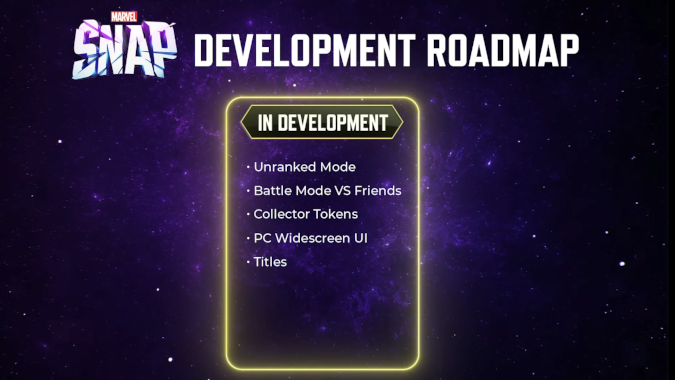 In development features a bit further off

These are features that the development team is actively working on. 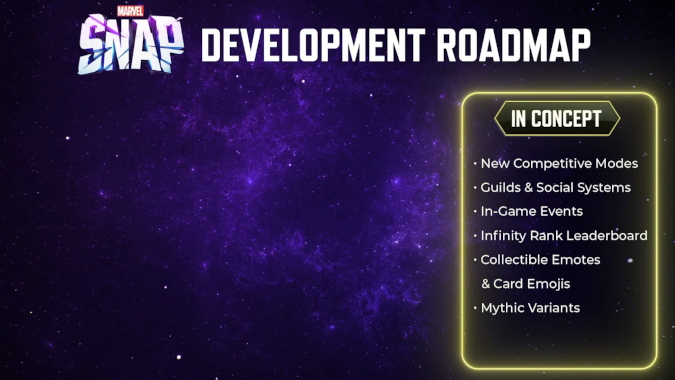 In Concept features may (or may not!) be coming, but much later

These features are early in the development pipeline, and some may never make it to the “In development” list.

Since these features are still in the conceptual stage, there’s still plenty of time to change them or reprioritize them. Second Dinner wants you to have a role in that. There’s a Marvel SNAP Discord where the team discusses the game with the player base. The team wants your feedback on these features and wants to know what other features they should implement. Jump over the Discord and let them know what you think.

Launch is just days away!

I’m so excited for all my friends to finally be able to join me in Marvel SNAP. The game has been a blast to play during the beta. If you’re interested in trying out SNAP, be sure you pre-register and check out our getting started with Marvel SNAP guide.