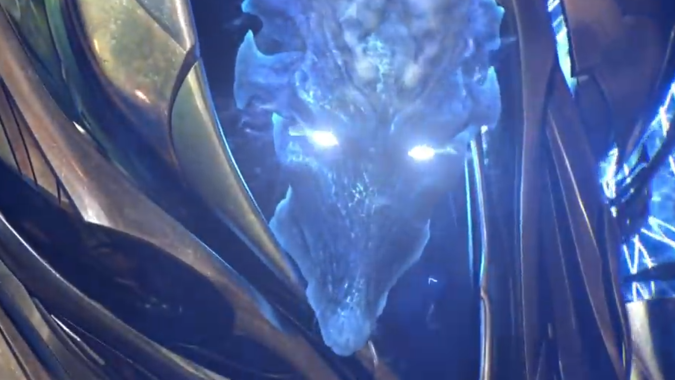 So y’all asked a lot of questions about stuff coming up and I answered. I didn’t realize until after I answered that, hey, wow. That’s kind of a lot.

So this is The Queue, where you ask the questions, and then buckle up for the answers.

Q4tQ: what is your opinion on the following sentiment.
It would be nice if our leaders don’t die, betray us, or turn out to be wicked because of outside forces known and unknown this coming xpac. It gets depressing losing so many things. For me, it’s especially depressing because a lot of the losses we’ve had comes around the depressing, stressful time of Covid and real world politics.

On the one hand, I agree. Something like Medivh’s heel turn, or Arthas razing Stratholme was a shocking twist back in the day, but now we’ve gone through so many iterations of how the dude we thought was good was secretly not good all along that I’m kinda sick of it. Leaders, in general, should be kind of reliable in certain ways, and at this point it’s no wonder the Stonemasons revolted.

On the other hand, though a general difference in world view between a faction like the Orcs in general and the Night Elves in general would lead to conflict, it’s fairly likely that it would just be a boring cold war. Without infighting and jockeying for power with separate factions, governance is essentially figuring out where best to put the decimal point on an upcoming tax. Shall we increase the excise tax on pumpkins by .01% to really rile up the Stormwindians, sire?

And while I totally understand why you’d want to seek something less… conflicty and generally hyperbolic given IRL events, speaking personally, that’s why I started playing other indie games. World of Warcraft is just never going to be a wholesome life sim in the same way as Cozy Grove, and that’s okay.

Q4tQ: What does your WoW account keeps if you spend 5 years not subbed to it? Will all my characters still be there? Will I have all the gold and items on each of them? What about achievement progress? Unused boosts and other services?

The bulk of your character will still be there. Anything that’s account-bound, your Collections like toys or mounts, and likely your quest log will still be intact. Depending on their level and exactly how long it’s been since you played them you may need to rename them, since names of unused lowbie characters are occasionally freed up for new active characters for use. Also, the level squish occurred two years ago during the Shadowlands pre-patch, so your characters will likely be lower levels than you remember.

Also, unless you have an incredibly casual guild, you’ll likely need to find your characters new guilds. Blizzard doesn’t really have control over that, but given the time elapsed, chances are good either you’ll have been kicked or the guild will have folded in the meantime.

Q4tQ: Was there ever an explanation why Vanilla DKs had to level through Outland to get into Northrend, as opposed to just going to Northrend straight away?

It gives you a lot of lore about how Death Knights came to be, by way of Teron Gorefiend’s quest line through Shadowmoon Valley. What do you mean, literally everyone dips to Northrend before they can really even access Shadowmoon questing, let alone get through it? Hmm.

The lore answer is no, there’s no good reason. However, mechanically, forcing DKs to go through Outland basically just makes it so that they’re not handed a character fresh out of the box and then try to queue up to tank dungeons in current content in utterly scuffed gear without so much as mousing over all their abilities first. Which DK spec is tank spec in Wrath? Uh, whichever one the healer can keep alive, obviously.

Q4tQ: How’s your fall game release calendar looking? Full to the brim, or pretty empty aside from Dragonflight?

Just reading this question just activated my tinnitus. Let’s browse my Steam wishlist, shall we?

Today, Coral Island and Hallowlands are both launching. Undercraft is out tomorrow. There are a few spooky games coming up in the next month or so — A Plague Tale: Requiem is one I’ve been looking forward to for a long time, and Saturnalia has my name written all over it. Potionomics has been mentioned by Kalcheus recently as part of the current trend of potion-themed games, out October 17. Last Hero of Nostalgia, out October 19, looks charming, but I’m not sold on the gameplay. Flying Neko Delivery is adorable, but lightly spooky, due out October 20. The Entropy Center is a narrative game out November 3. Soulstone Survivors is out November 7. Floodland is out in mid-November, and it looks like it’ll either be an intriguing city builder or overly preachy allegory but either way, I’m looking forward to it. Zero Sievert seems like a more pixelly, less zombies version of Project Zomboid, November 22. And oh yeah, Marvel SNAP, which is now also on Steam.

And that’s not even counting the stuff that came out in September — Witchy Life Story, Grounded, Slime Rancher 2, The Outbound Ghost, Beacon Pines, You Suck At Parking, Temtem, Railbound, and Gloomwood are all on my list of stuff to catch up on. Also, I Was A Teenage Exocolonist from late August.

This also doesn’t include things listed for December, or a more general, “Q4.”

The above, plus making Halloween costumes, Thanksgiving, my birthday, getting dental work done for one kid, my husband is getting surgery in his sinuses to help him breathe better, plus I’m trying to keep up with my dailies in Overwatch 2, Hearthstone Battlegrounds, and Duolingo. Also, my classic literature YouTube channel, which is gradually taking up far more time than it did initially. I’m thinking about doing NaNoWriMo this year — maybe a cozy mystery. Plus, I need to remember to order seeds for next spring if I want to have them all organized and ready to germinate in February, and dig up my irises now, and plant my dahlia and tulip bulbs. That reminds me, I also need to take all our winter blankets and coats out of storage and wash them, which I should really start on today, though I can’t exactly pack away the floppy hats yet if I need to go outside digging again.

Also, you know, editing and writing for this site, including a bunch of Dragonflight stuff I promised Liz I’d do like 2 months ago. And now that I typed all that out I think I need to lie down for a little while.

Seasonal Q4tQ: Are you dressing up for Halloween? Have you chosen a costume yet?

Debating between Ms. Frizzle and Hester Prynne from The Scarlet Letter. Both instantly recognizable and iconic; both likely more work than I realize just now. All else fails, I’ll just use liquid blush and black liquid eyeliner to do ben day dots again, go as a comic book lady.