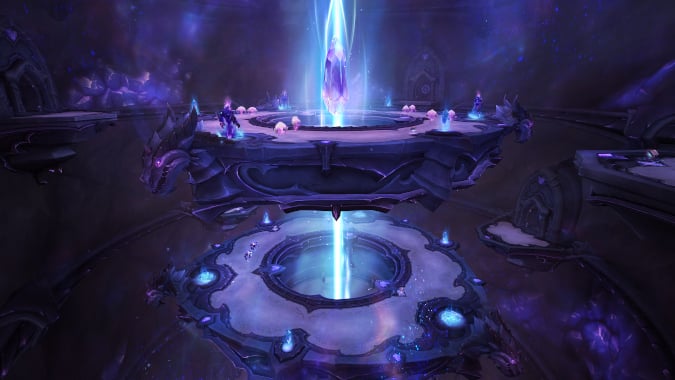 A storm is a-brewin’ in Dragonflight Mythic+, with the Thundering seasonal affix now in testing on beta. The affix sends a storm through your group on a predictable timer (currently one minute and fifteen seconds). When the storm arrives, blue blue circles appear on the ground representing where lightning will strike — anyone standing in one of these circles when the lightning hits will take Nature damage, and be stunned for one second. Basically, the Thundering affix gives you one more thing to be aware of and dodge.

But the affix gives players a buff, as well. When the storm passes, some players will receive Mark of the Wind or Mark of Lightning buffs, both of which “overloads a player with primal power, increasing their damage and healing by 15% for 15 sec.” That sounds great, but if this buff expires, the player is stunned for eight seconds and take additional Nature damage. Ouch.

So how do players get rid of the buff? By heading over to a player with the opposing mark: a player with Mark of the Wind must come into contact with a player with Mark of Lightning (and vice versa), which neutralizes the effect on both players. The trick to this will be to ride out as much of the time as possible, taking advantage of the 15% boost to healing and damage, and then just before the 15 seconds are up, move right up to someone with the opposite buff to drop them, avoiding the stun and damage over time.

Thundering gives you a significant power buff… if you’re willing to risk it. Playing around it means trying to get as much as you can out of that 15s buff… or dropping it quickly for safety. Poor play around the affix could have disastrous consequences, but keeping uptime high could speed your run with a nice damage boost.

But with Dragonflight still in beta, the Thundering affix could see changes before it goes live. 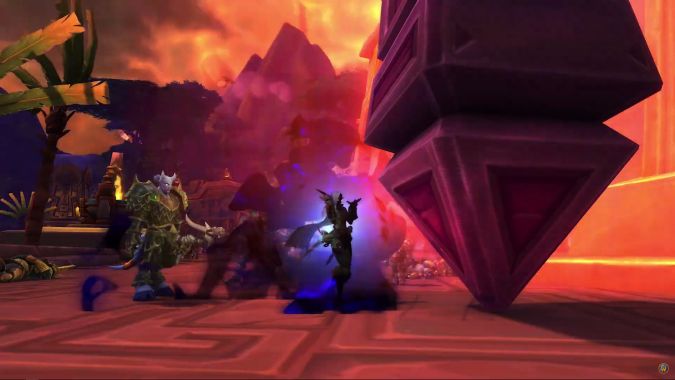 We still have questions about Dragonflight’s Thundering affix

This was not the first iteration of the Thundering on beta, and it might not be the last. Thundering certainly has some oddities: notably the fact that two players need to come together to drop the buff, but there are five players in a dungeon. While it’s unlikely Blizzard intends to leave an odd man out who will always be stunned, it probably means only four players will receive the buff each time. However, we don’t yet know how the game will determine which player. The buff might simply bypass the tank, but it could just as easily be random, leaving one sad DPS who never seems to get the buff.

Then there’s the question of death: if the buffs go out and then someone dies, does that mean someone can’t remove their buff because the player they needed to clear it with is gone? That answer is probably yes, meaning death could come at an extra heavy cost with Thundering.

And how close will players have to get? If it’s too close, players may think they’re close enough to clear the buff without actually clearing it. But if it’s too far apart, melee could wind up losing the buff as soon as it’s passed out. In short, the Thundering affix is interesting, but there are lots of potential balance issues.

In Blizzard’s first post about Dragonflight’s seasonal affix, they said since players will still be learning new dungeons, they wanted to keep the new affix less complicated, while also making affixes something significant that really change up gameplay. It’s hard to say if they’ve hit the mark: Thundering feels closer to a raid mechanic (and it’s rather similar to Blasphemy from the Andean fight in Sepulcher of the First Ones). Time and further tuning will tell if Blizzard manages to hit the mark with the Thundering affix in Dragonflight Season 1.

What do you think, as a way to start off Dragonflight, and the new season of Mythic+. Does Thundering sound fun — or too complex?