Everything you need to know to get started with Marvel SNAP! 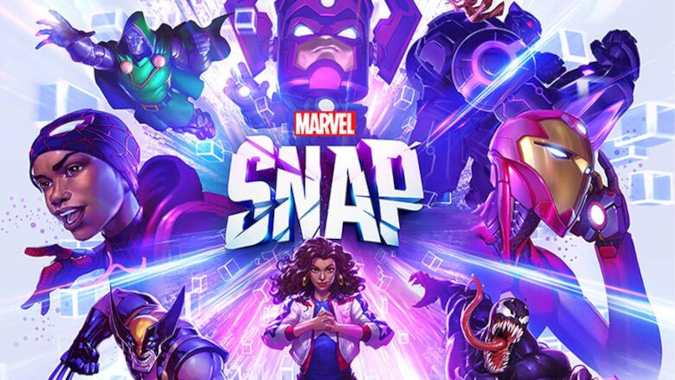 Marvel SNAP is the new digital card game from indie developer Second Dinner — a new studio featuring many former Hearthstone team members — but despite that pedigree, there’s more to SNAP than Hearthstone, but Marvel. We take a deep dive here to examine the differences between the two.

If you want to give the game a try, we’ve got you covered with everything you need to know.

Where do I buy Marvel SNAP?

After the game’s launch on October 18, 2022, SNAP will be available in both the Apple Store for iOS, and the Google Play store for Android. A PC version will be available on Steam. For now, you can pre-register at this site, and get some cool bonuses for your collection when the game goes live. 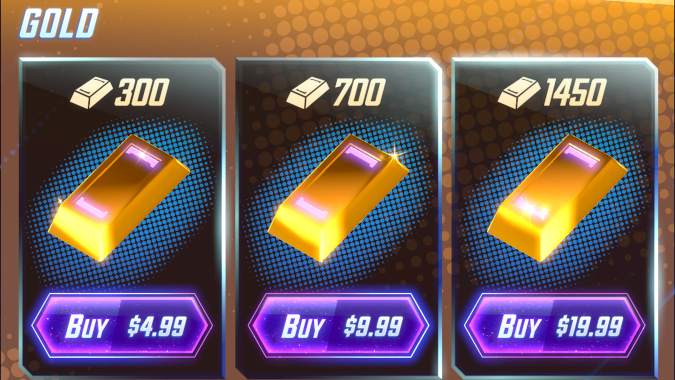 How much does Marvel SNAP cost?

As with many games in 2022, the best answer I can give is “as much as you want to spend.” The game itself is free, and with enough patience and persistence, you can get every card without spending a dime. However, SNAP has a dizzying array of currencies, and reward tracks.

Your first opportunity to spend some real world currency comes with the Season Pass rewards track. Seasons in SNAP last about one month, although the developers have stated the first season after the launch will be longer. As you progress up the Season Pass track, you’ll earn the various currencies used in the game. 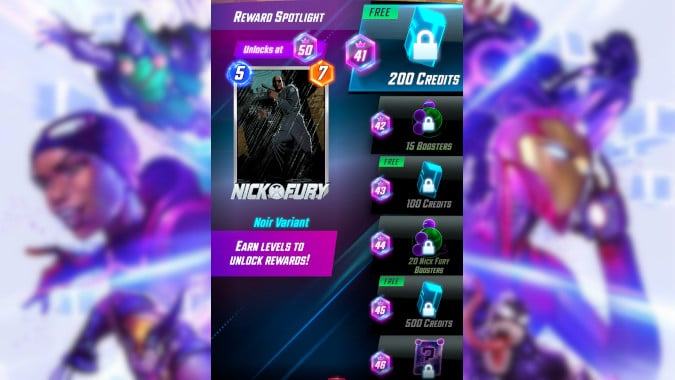 In beta, all the new cards and almost all of the cosmetics (card backs, Variants, and avatars) required the Premium track. Premium is $9.99 and must be purchased each season. Premium+ is $14.99. It’s simply Premium that unlocks the first ten levels of the Season Pass track for you.

That isn’t to say that Free-to-Play players can never get these rewards. After the season is over, all of the season rewards go into the pool of items you get from your Collector’s Reserve. Named after Taneleer Tivan, these are simply what SNAP calls its loot boxes. In addition, since progress from the beta test will not be wiped, all the rewards from the beta seasons will also be available from the Collector’s Reserve for players who either didn’t get them during beta or didn’t participate in the beta.

But that’s just the first way you can spend money. The other is buying Gold. Gold is used to buy Credits (which indirectly let your buy your loot boxes–more on that in a moment), and also to purchase Variants. Variants are copies of cards in your collection with different art. You do get 50 Credits for free every 24 hours. The game will even remind you if you haven’t gotten your portion for the day, but you still have to go to the store and buy them. They just cost 0 Gold.

You earn some Gold from the various advancement tracks, and you get Gold from completing your Weekly Challenge. But if you want more Gold, prepare to deploy your wallet. The graphic above is just the first tier of the store. If you want to go full Mer-Max, the most expensive bundle currently available is 8000 Gold for $99.99. 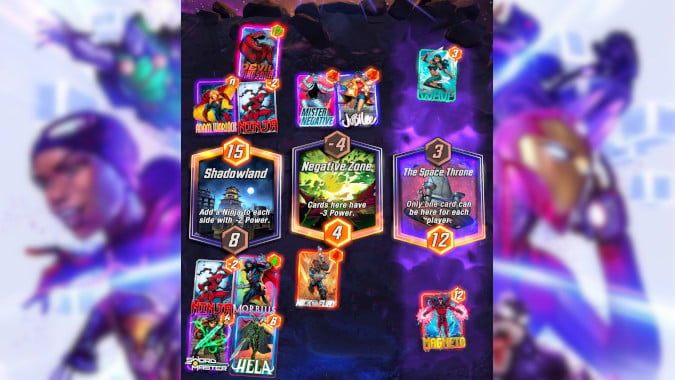 How do I play Marvel SNAP?

SNAP is a PVP, online-only, collectable card game. You make a deck of twelve cards, and use it to compete with another player. SNAP divides the playing field into three lanes or zones called Locations, each with their own unique conditions selected randomly at the start of each match. You can see some examples above.

Each card has a Power stat and Energy cost. SNAP uses Energy instead of Mana, but its the same thing, and even has the familiar blue color coding. You and your opponent play your cards simultaneously in the play phase, then watch the turn resolve in the resolution phase. SNAP doesn’t use those terms, but that’s what I call them.

The player with the most power at a Location at the end of game wins that Location. Winning two locations wins the game, and various tie-breakers apply which we’ll discuss in a moment. In the screenshot above, I have the most power at Negative Zone and Space Throne, so this game ends in a victory!

You are playing for Cosmic Cubes, and it’s winner take all. The ante is 1 cube a piece, and over the course of the game you can use the eponymous “SNAP” mechanic to bid this up to as many as 8. The Cubes are like Hearthstone’s Stars and determine your rank.

If you’re more of a hand-on learner, SNAP provides an excellent new player tutorial which teaches you the mechanics. You can also find various YouTube and Twitch channels showing SNAP games. My three favorites are Molt, TLSG, and Hooglandia. 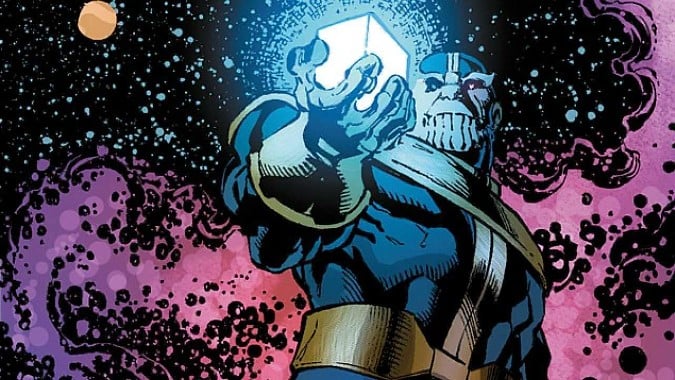 If you click on your Energy, you’ll find a button that says “Undo All Actions.” SNAP currently makes you undo actions in the order you did them. This can be difficult if you’ve played a bunch of cards and don’t remember the exact order. This button is a much easier and faster way to restart your turn.

You and your opponent play cards simultaneously in the play phase, but when the turn is resolved, one player has all their cards revealed, and then all of the cards the from the other player are revealed. Which player has their cards shown first can be very important.

Let’s say you and I are playing. I play Ant-Man (a 1-Cost card), and you play an Electra (On Reveal: Destroy a random enemy 1-Cost card at this location) at the same location where I played Ant-Man. If I go first, my Ant-Man flips up along with any other cards I played. After all my cards are shown, then your cards reveal. When your Electra reveals, her On Reveal effect fires, and she kills my Ant-Man. Oh my Yogg, you killed Scott!

However, if you go first, when your Electra flips over, my Ant-Man hasn’t flipped. All Electra sees is an undetermined card. She doesn’t see any 1-cost cards (assuming I don’t have any other 1-cost cards at the Location) and says “No target”. Then my Ant-Man flips up, safe and sound. 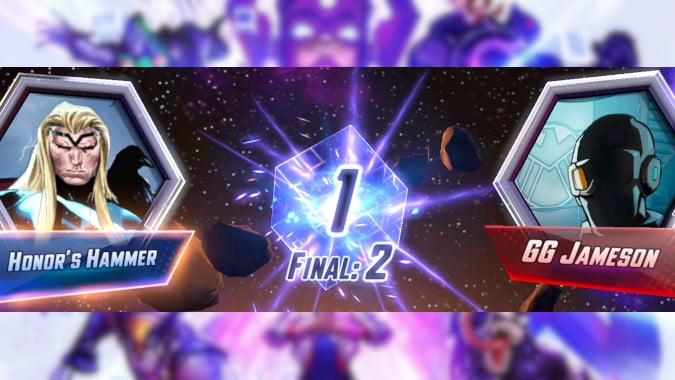 You can tell which player is going first because they will have a glow around their nameplate. It will be the person currently ahead at the most locations. In the case of a tie, it is a simple coin flip. In the graphic above, you can see the gold glow around my name, Honor’s Hammer. It means my cards will flip up first.

Whoever has the most power at a Location wins that Location. There are three Locations, but what happens if you are winning one Location, your opponent is winning another, and you are tied at the third. The game will look at the total power across all three locations to determine the winner. If the total power is also tied, the game ends in a tie and no one gets any Cubes. /sadface emoji. This has been quite rare in my play testing. 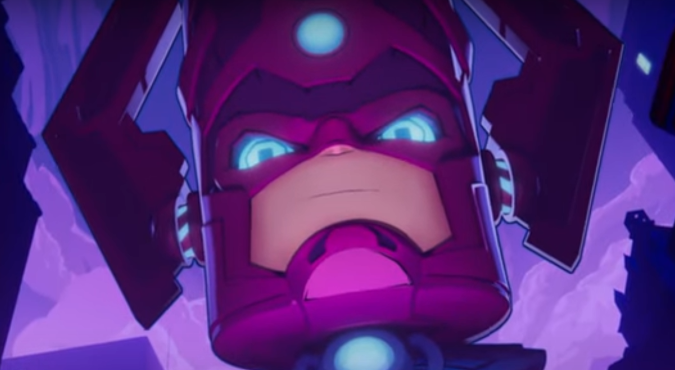 How should I spend my Credits?

You get Collection Road levels by combining card-specific Boosters and Credits to upgrade your cards. The most efficient use of Credits is the first upgrade from Common (grey) to Uncommon (green). You get one Collection Road level for 25 Credits and 5 Boosters. Every other upgrade (Rare, Epic, Legendary, Ultra-Legendary, Infinite) works out to 1 Collection Road Level for 50 Credits, and 10 Boosters. Upgrading Commons is twice as efficient as any other upgrade. Also, any Variant you get will start at Common so be sure to upgrade it as soon as you can.

Since you only get Boosters at the end of the match for cards in the deck you were playing, it can be helpful to have at least one grey card in your deck, especially early on. Prioritize upgrading a grey card to green over further upgrading your green and above cards. 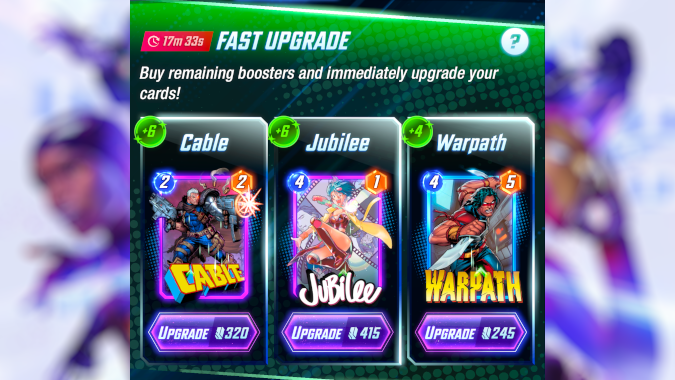 The Shop will offer you three cards in your collection as “Fast Upgrades.” If you spend the Credits to buy the “Fast Upgrade,” you’ll get the Boosters you need and upgrade the card. This is incredibly tempting early on because you’re flush with Credits and don’t have many Boosters yet. Don’t do this.

You’ll feel like Boosters are the limiting factor. That’s an illusion that would make Mysterio proud.  The farther you advance, you more cards you’ll have waiting for Boosters. After a very short time playing, Credits become and remain the limiting factor.

What are decks should you play?

Check out our post on deck building in Marvel SNAP for some great suggestions. You can also check out the YouTube and Twitch channels mentioned above. 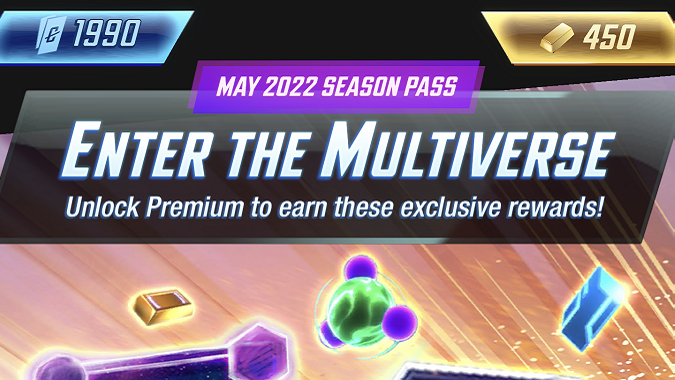 Ready for a wild ride through the multiverse?

I have had so much fun playing SNAP during the beta. The games are fast, and it hits that “easy to pick up, but hard to master” sweet spot. The art is fantastic, and there’s a ton of variety with all the Variants. You get all these great iconic lines when you play the cards like “I am Iron Man”, “Hulk SMASH!” or my personal favorite “It’s clobberin’ time!” I’m so excited for all my friends to finally be able to join me in the game. OH, SNAP!!!

Blizzard Watch is made possible by people like you.
Please consider supporting our Patreon!
Filed Under: Getting Started, Marvel Snap, Marvel Snap Decks
Advertisement