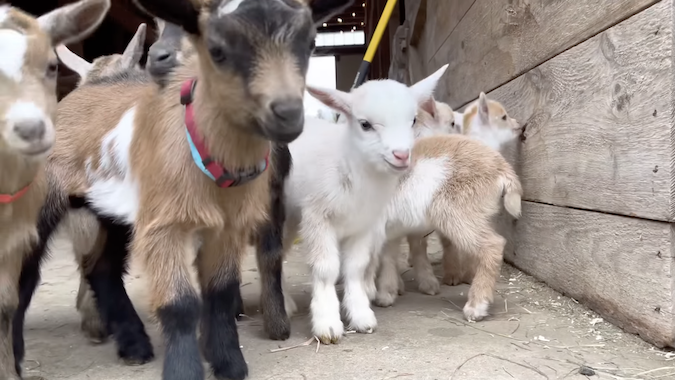 The phrase ‘greatest of all time’ is often abbreviated as ‘GOAT.’ Coincidence? We at Cuteness HQ think not. Whether they’re prancing or dancing, frolicking or falling, there’s nothing in this world quite so darling as a baby goat. They’re certainly strong contenders for the title ‘cutest of all time,’ as you can see for yourself in the videos below.


Er, maybe it’s more of a chaotic stampede than a parade…

Tiny goats, even cuter in slow-mo


Slow-motion headbutts are just as hilarious as I imagined they would be.

The rarest sighting of all:


A small goat in a state of calm.

Blizzard Watch is made possible by people like you.
Please consider supporting our Patreon!
Filed Under: All The Cuteness, Baby Goats, Cute, Cute Goats, Goats Goats Goats
Advertisement