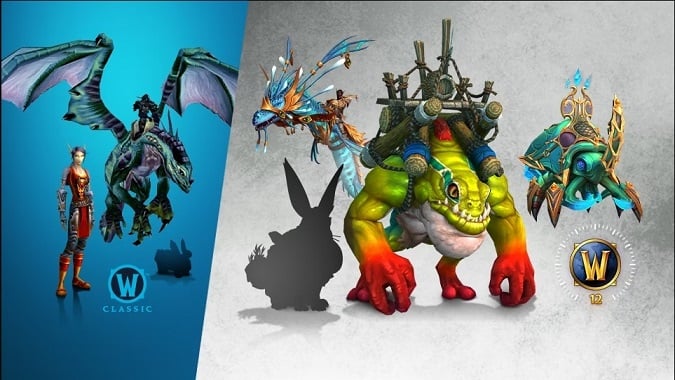 A new subscription option is now live in the Battle.net shop and it’s a big one: a recurring 12-month subscription for $155.88 in the United States and 131.88 euros in Europe. To encourage players to invest in a year of game time, the 12-month sub includes three new mounts — two for Dragonflight and one for Wrath Classic — that are only available through this new subscription. And if you need even more mounts, this sub also includes the mount rewards that come with the current 6-month subscription (the Nether-Gorged Greatwyrm for retail and the Tabard of Flame for Classic).

Typically, subscribing for longer periods gives a discount over paying month-to-month, but the 12-month sub provides no extra savings: both the 12- and 6-month subscriptions save you $2 per month compared to subscribing monthly. With this 12-month subscription, you’re essentially in it for the three mounts. Just like with the 6-month, plan if you’re expecting to play for the entire time it’s already a good deal since you save a couple of bucks a month, and the rewards nice perk on top of that. If you think you might not stay subscribed for the duration, though, you need to determine just what those rewards are worth to you — and whether it’s worth paying the high upfront price of a 12-month sub.

The rewards for the 12-month sub are pretty nice, to be honest. The Gargantuan Grrloc Murloc mount is similar to the Gronnling mounts already in-game, albeit clearly a Murloc, and it has unique mounting and idle animations. Telix the Stormhorn is the first beetle mount we’ve gotten — we’re going to get some “skitterfly” mounts in Dragonflight but those will be based on water striders, not beetles — and unlike the Grrloc is able to fly. The Festering Emerald Drake will probably end up being the most popular of the mounts, which makes it a shame it’s limited only to Wrath Classic.

Along with the announcement of the new 12-month sub and mounts, we got a teaser for the next 6-month sub bundle (which will automatically be included with the 12-month sub), a Year of the Rabbit-appropriate mount for Retail and pet for Classic. This isn’t a surprise, of course, as the the Lunar New Year mounts have been a regular occurrence for several years now, but it’s nice to receive confirmation as it’s going to be very interesting to see a rabbit that flies.