The Queue: If you’re cold, they’re cold. UNFREEZE THEM. 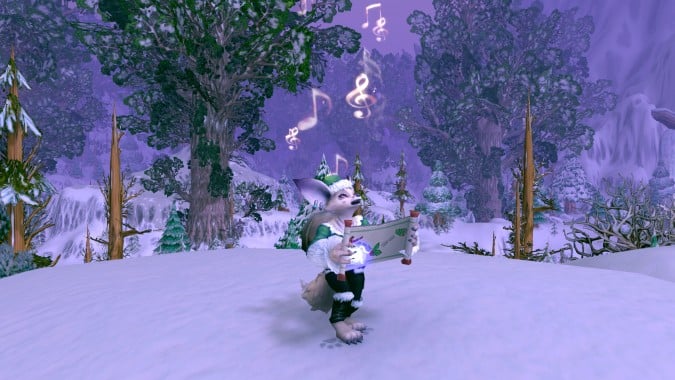 This is The Queue, where you ask us questions but we may barter the ancient knowledge for items that may keep us safe. Salt. A sprig of holly for sympathetic magic. The mood is right. The spirit’s up. We’re here tonight and that’s enough. It must be enough. It is the season.

Q4tQ: How many Pumpkins does it take to make a pumpkin pie?

Depends on the size of the radius, I think.

How the heck do you ‘gift a sub’ on twitch

First, make sure your battle.net and Twitch accounts are linked. If they’re not you’re going to be really annoyed at yourself.

If you go to any particular Twitch channel (here’s ours, for reference), there’s a purple button you can click to subscribe, located near the follow buttons. If you hit this, well before Twitch asks you for actual money, you’re also given the option to gift subs. When you gift subs, unless you specifically select a user to receive it, Twitch pulls from a list of people who’ve visited the stream but aren’t currently subbed to it. Usually, these aren’t people who have recently subbed, and weights it a bit toward people who’ve passed through and interacted, maybe even followed. The longer you’ve lurked, the more likely it is you’ll continue the sub you’ve been gifted. You know, assuming you weren’t just randomly dropped there by a raid after you left Twitch running to support a friend.

Now, what constitutes an “eligible” creator for the subs promotion? It’s unclear for now. With Drops, pretty much everyone with an account in good standing on Twitch is allowed to participate while they’re playing a title with an active Drop promotion as long as they check a little box behind the scenes on their end. We’ll be receiving more details on this aspect as the event nears. There are a ton of creators who may qualify, and the WoW team is working to make sure as many creators as possible are included, not just a small handful of people who already use paper money to light their cigars.

Q4TQ: Did the mogging white and grey items not make it into the game? Are there any cool new pets to tame during the pre-patch for our hunters?

Personally, I’ve held on to the top hat fascinator with birdcage veil since my Worgen finished the starting zone just in case I can eventually mog it. I’m not literally holding my breath, but I’d really like that bank slot back.

While I think that in general there’s no new pets to tame from the upcoming events (they’re mostly Elemental in nature, as I recall) Rutherford Bear Hayes is jealous so I generally don’t have a huge lot of knowledge for the fun tame stuff. Or patience, is really the limiting factor, here.

Will BW expand its presence to newer social media platforms like Mastodon and CounterSocial?

The fact is we don’t really have a big presence on other social media. We Tweet and Facebook (is there a formal verb for Facebooking?) out our articles as they’re posted or updated, but that’s a part of a WordPress widget we use that just does it for us. One of us will do a bespoke tweet occasionally for things like giveaways, Twitch streams, and smaller heads-up headlines, but we don’t really hold conversations or chat on social media.

If Mastodon or Co-host or whatever creates a WordPress widget we might add it, but even then it’ll be mostly the same level of engagement as we currently have, i.e., nuthin. If you’re looking to jump ship off Twitter, you may want to join our Discord server. We have a channel that works off the same tech, where it just posts a notice that we’ve posted a new article, and our individual writers also tend to hang out there if you’re looking for the social in social media.