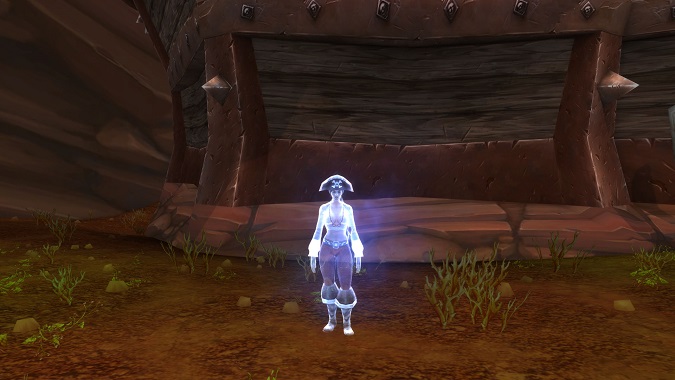 I literally forgot until just this second, I’m awful. I’m the worst human who doesn’t own Twitter.

Anyway, I’m alive, and I’m writing the Queue as promised. Listening to ‘Switchback’ by Celldweller.

Did blizzard forget archeology exists? I was looking at my professions tab and it’s the only one not split by expansion, and I cant recall any archeology content since legion

They haven’t forgotten it exists — this quote from an interview Ion Hazzikostas did shows that — but clearly r feel the loss of any real Archaeology content. It’s fair to say it’s on their radar, since doing cool archaeological things is a big part of Dragonflight, but we don’t know what they’re planning or if we’ll see any of it this expansion.

MATTHEW PRENDERGAST AND I DO NOT AGREE ABOUT DRACTHYR CUSTOMIZATION

I love how much they want to add to the customization of our toons but I feel it is an epic fail with the Dracthyr. Dragons have the ability to take ANY shape even if they were test subjects created in a dragon egg lab.

Not a lean guy with a soft face that looks girly or a female shape with fully female notations that looks girly (notice nothing masculine). If they wont let Evokers be any race which IMO should be a given, then at least allow us to make them look masculine and bulky.

It’s like blood elves V2 mixed with a worgen face and female draenei parts regardless of which form you chose. Dracthyr is a fun class, lots of thought put into that but at this point, customization is still being hidden behind creative walls while they produce only 10% of what they can when they fully know they could do this. Why can’t I be a Gnome… it’s a visage…. thats the point of that spell.

I don’t entirely disagree that the Visage should allow for you to have more body options. The current Visage forms are similar to High/Blood/Void Elves, but the elves that existed 20,000 years ago (when the Dracthyr were put into stasis by Neltharion) would not look like the Dracthyr Visages, if Elves even existed yet. So clearly either the Visage just happens to look Elven in a way that wasn’t even a thing yet when the Dracthyr were made, or there’s more to the story than we currently understand (we did a Lore Watch about that this Sunday, btw).

But outside of that, there are gameplay reasons (some of which we as players don’t know, and can’t know) and also, I take a bit of offense at the idea a thin, graceful, non-bulky man can’t be masculine.

Mikhail Baryshnikov isn’t a hulking linebacker or sumo wrestler, but my word, that man practically radiated masculine energy. Bruce Lee was 5 feet 8 inches (according to his brother) and weight around 130 pounds, but he could do push ups while he had 125 pounds on his back and clearly the man was an astonishing athlete and martial artist.

I agree that we could stand to see more diversity in Visage forms, but I have no idea how much work that would entail and I’m not going to assume it’s trivial to do. And I definitely disagree that the Visage form, or the Blood/Void Elves, aren’t masculine simply because they’re not Orc or Human swole.

Are the comments haunted?

Old Man Rossi walks in the room, past Kalcheus, heading to a locker area.

Old Man Rossi opens the locker, takes out two Ashkandi, straps them to his back.

OMR walks across the room, grabs the coffee pot and upends it down his gaping maw, swallowing convulsively. He then places the pot back on the table, nods, and steps back out of the room, pursued by a bear.

You know that sculptor thing of just chipping away at the marble to reveal the statue that’s already there? That’s like why making my Drac avatar was so easy for me. I knew there was a wondrously suitable representation ofme in the creator already. I just had to hit the right triggers to get there.

Whereas for me, it’s more like a great ape going… well, ape… in a fancy art supply store. Sure the character gets made, but nobody who saw the process would ever feel safe again.

RAZWICK HAS TOUCHED UPON A GREAT TRUTH

But I want to be a gay rainbow lizard! (Which is simply to say that I cannot make up my mind at all about which colours I want to be lol)

Be the gay rainbow lizard you want to see in this world.

DR_BOMBAY DIDN’T REALIZE HE WAS HOLDING A MONKEY’S PAW

i just wish Blizz would show some love to the OG races and give us the same range of customization the Drakthyr have, sigh.

Every race in Azeroth is now a Dracthyr and the only playable class is Evoker. I hope you’re happy, Bombay.

PETER LAKATOS WANTS TO KNOW ABOUT THE HERO CLASSES

QftQ: How do you rank the Hero Class intro experiences? I liked Drachtyr, but it was way below Death Knight and Demon hunter for me. It was fun, but nearly not as epic as those two were (The cutscenes were epic though!). What are your thoughts?

I actually liked the Demon Hunter starting area when I first did it, but then my seething hatred for the class as I ended up experiencing it in groups turned all the like in me into curdled, furious disgust.

That’s the Queue for Monday. I’ll see y’all Thursday, when our American friends will be chowing down on Turkey and it’ll just be Thursday up here.

Blizzard Watch is made possible by people like you.
Please consider supporting our Patreon!
Filed Under: Pirates Who Are Also Ghosts Are Unsettling
Advertisement