How long does it take you to know if you like a game? 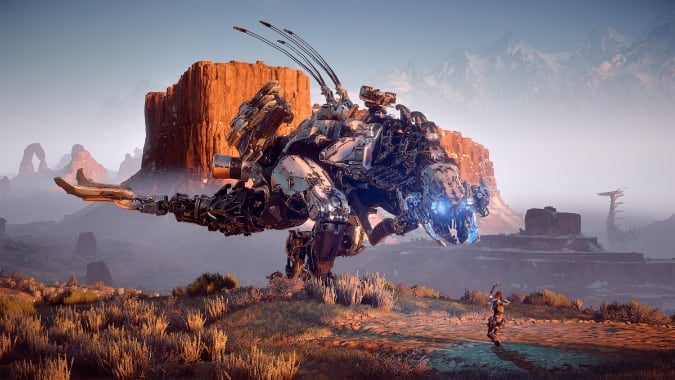 Some games, I knew instantly they were going to be games I would play over and over again. World of Warcraft actually had me within minutes of my then-girlfriend showing it to me. Meanwhile, I didn’t even like games like Cyberpunk 2077 or Fallout 4 on my first day of playing them — Fallout 4 I was pretty apathetic toward until I first found the power armor and gatling machine gun on top of the museum in Concord, and I was literally refusing to play Cyberpunk until our own Joe Perez told me it was actually pretty good.

This is something that’s happened to me a lot, and not always in a positive way — I enjoyed the voice acting in the 2018 God of War, especially Christopher Judge as Kratos, but the game itself never really grabbed me — I got to the end and felt like it felt flat, which is sad because the acting really was just that good. Meanwhile, I knew Horizon Zero Dawn would be a must play, but I had no idea that it would be good — I just knew any game with robot dinosaurs was likely going to hit my atavistic hindbrain and hard. But the sheer quality of the story and how it was told and the actors who helped bring the dialog such power took me off guard and it went from expected guilty pleasure to one of my favorite game experiences ever.

I think the slowest burn for me for a game, the longest I ever took to actually realize I was having fun and wanted to play more, was Dragon Age Origins. I made the mistake of doing the Dwarf starting area first and I simply did not enjoy it even a little bit. Going through the whole sequence of being exiled because my shady brother framed me for murder — and yes, I guess that’s a spoiler, but the game came out in 2009 y’all — just rubbed me the wrong way, and then playing up to the point where you get to Orzammar and end up possibly having to help said shady brother keep the throne he stole from me just was not ideal.

I actually came back to the game a year later and found that I liked the Dalish origin okay, and today the Dragon Age series is one I love. But it was a rough period up front before I finally found the content I liked. So what about you? Have you ever found it taking you a while to make up your mind? Or do you usually discover whether or not you like a game right away?