5 awesome cards to use at Marvel SNAP’s Featured Location, Klyntar 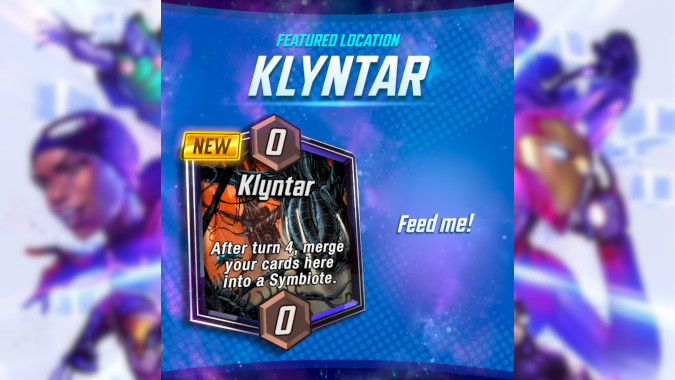 Marvel SNAP continues to roll out new Featured Locations for the new The Power Cosmic season, and this week’s addition is Klyntar. Featured Locations, for those unaware, typically change over on Tuesdays and make a specific location more likely to appear.

Let’s take a look at some great cards to use while Klyntar is the Featured Location, though all of these cards will work to your benefit whenever you encounter the Klyntar Location in the future.

What is Klyntar? What’s the key to winning when Klyntar is up?

In Marvel comics, Klyntar is something of a “home world” of the Symbiotes. Krull, the symbiote elder god, created the planet to serve as his base of operations. The symbiotes eventually rebelled and imprisoned Krull within the heart of the world. The Kree found Klyntar and harvested the symbiote material for their super solider program. Thanks to Carnage, Krull awakened and regained control of the symbiotes and Klyntar. He destroyed the planet, and turned the remaining symbiotes into The Symbiote Dragons.

Your main goal is to push a bunch of stats into Klyntar, let them merge into a big symbiote and then either continue to drop cards there since you’ll have multiple free spaces or let your Symbiote lock down Klyntar and fight for the other Locations. Even if you only have one card at Klyntar, the symbiote will still merge with it. You don’t have to have multiple cards.

This is Klyntar’s second introduction into SNAP. Originally it had the ability “Cards here have -2 Power.” That ability moved to Necrosha and Klyntar has now been re-introduced with its new ability. 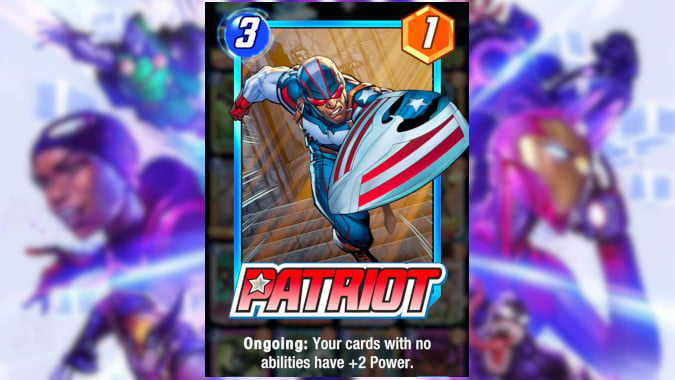 Great cards to use on Klyntar

As soon as I saw that the Symbiote was an ability-less card, Patriot was one of the first cards to come to mind. In addition to buffing your Symbiote, a Patriot deck runs several cards like Brood (On Reveal: Add 2 Broodlings to this location with the same Power), or Mister Sinister (On Reveal: Add a Sinister Clone to this location with the same Power) that will help you push power into Klyntar prior to the symbiote merge. It also typically runs several low cost cards which should provide you with good options to get stats into Klyntar on early turns. 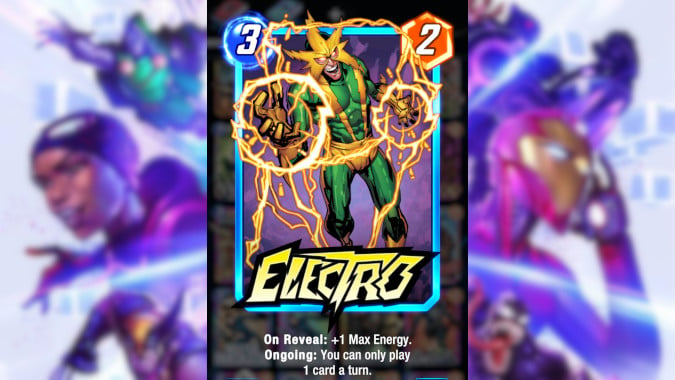 Electro is an interesting design for a card into that it gives you an advantage with its On Reveal, but a detriment with its Ongoing. Playing Electro on Klyntar still gives you the On Reveal, but when Klyntar merges Electro into your other cards, the Ongoing is removed. This allows you negate Electro’s downside, but still enjoy the extra Energy. 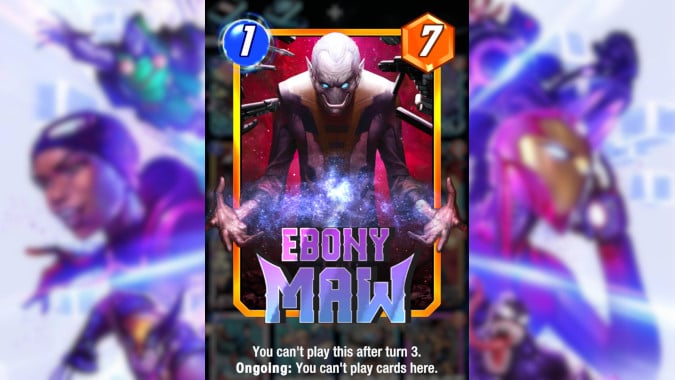 Ebony Maw, along with Lizard (Ongoing: -3 Power if your opponent has 4 cards here) and Titania (When ANY card is played at this location, this card switches sides) are cards that let you push a ton of stats in Klyntar in the early turns. Like with Electro, the symbiote merge will remove the downside of Ebony Maw, and the potential downside of Lizard. You do have to be careful of playing Titania and ensure she will wind up on your side of the board when the merge happens. 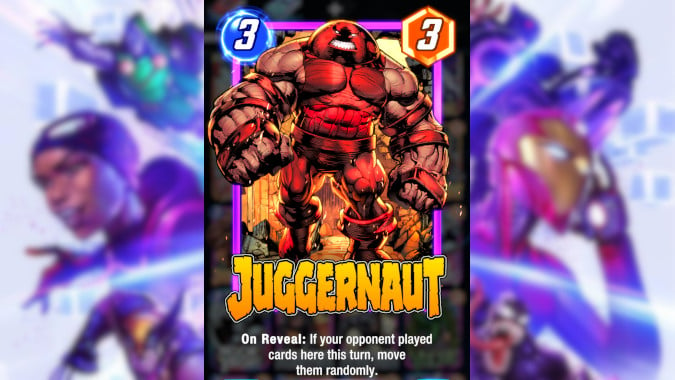 Juggernaut is such a fun, and disruptive card to play. He helps you compete for Klyntar by moving your opponent’s cards off the Location. This can be especially devastating if your opponent was counting on Klyntar to remove a negative Ongoing effect like Ebony Maw or Electro. Since Juggernaut moves them off Klyntar, their pesky detriment will remain in place. You can pair Juggernaut with Miles Morales (If a card moved last turn, this costs 1) to let you put a ton of stats into Klyntar on turn four. You can also pair Juggernaut with Storm (On Reveal: Flood this location. Next turn is the last turn cards can be played here) to give you a great combo if Klyntar isn’t one of your Locations. 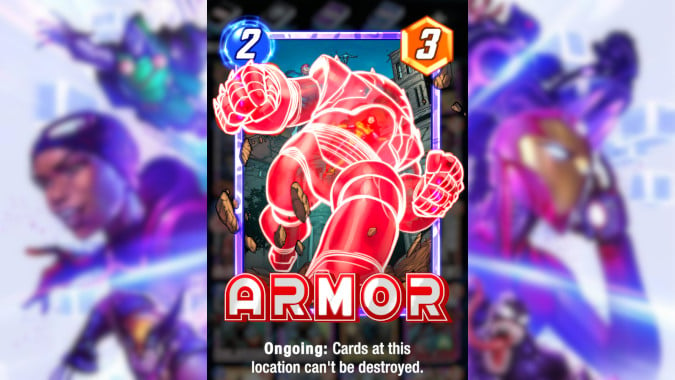 Armor is a great way to protect your precious Symbiote. Falcon (On Reveal: Return your 1-Cost cards to your hand) can return the Symbiote to your hand, as can Beast (On Reveal: Return your other cards at this location to your hand. They cost 1 less), and Beast will even make it cost zero. You could then play the Symbiote on the final turn. Sticking with the symbiote theme, you could have Venom (On Reveal: Destroy your other cards at this location. Add their Power to this card) “eat” your Symbiote transferring all those stats to Venom. Vemon isn’t a one drop so he wouldn’t be affected by Elektra or Killmonger. 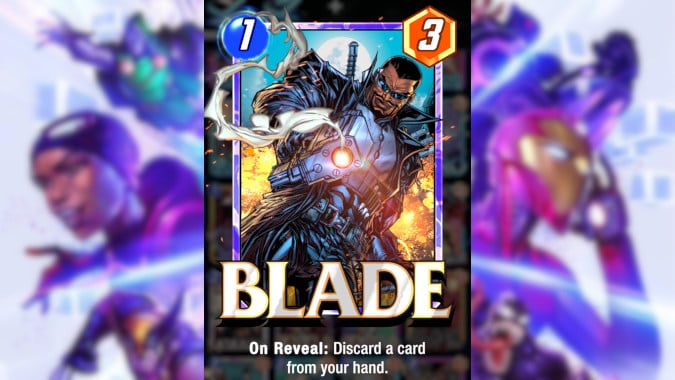 Klyntar is all about ramming stats into the Location and protecting your precious new Symbiote. Whether it is in your Location pool due to the event, or just one of the randomly chosen ones after the event, hopefully these cards and tips help you win!

What other great cards have you used with Klyntar? Let us know in the comments.