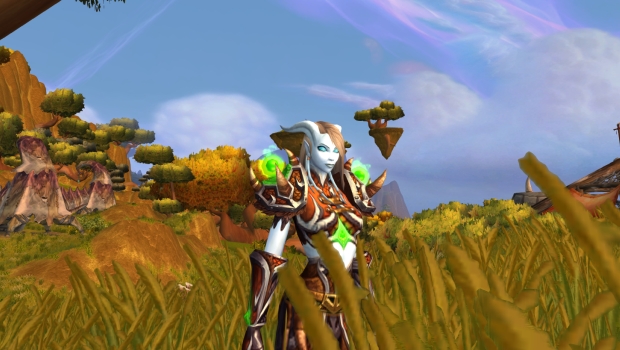 When I started playing World of Warcraft many moons ago, I remember staring at the character creator and figuring out what I wanted to play.  I knew that I wanted something flexible, a class that wasn’t limited to a single playstyle, something with flexibility.  So after a bit more consideration, I picked a paladin.

What?  I wanted to play a human.

Despite my earlier flirtations with other classes and my continued love of several others, shaman is still my preferred class and the one that I tend to think of as mine in World of Warcraft.  I’ve taken breaks from it before, but I’ve always kept my eye on it just the same.  And it took me a startlingly long time to realize that there was a good reason for it: Shaman is the last vestige of a class design that’s kind of moved on from the game as a whole, especially when you’re playing enhancement.  As specs become more and more rigid and settle characters more firmly into roles, enhancement winds up still containing some of that flavor of the earliest days.  It’s a hybrid.  It’s always been a hybrid.  And with a decade of the game gone, I would argue that it’s the last true hybrid left in the game.

The most technical definition of hybrids, of course, is that they are classes which can perform more than one role.  Shaman, druid, and paladin made up the original trifecta of hybrids, classes that could theoretically do anything – tank, heal, or DPS.  (Yes, back in the day, shaman could sort of tank if you really worked at it.)  If you extend the definition beyond “all three roles” to “multiple roles,” you can add warrior, priest, and death knight into the mix; monk fits in there nicely no matter how you define hybrids.

Not much has changed there, other than the fact that enhancement has moved out of “maybe off-tank” and into “melee DPS” pretty firmly.  You could make a new druid today and choose to tank or heal or even pick between two different DPS variations.  But if you choose to tank, you’re tanking.  That’s what your character does, barring a respec or dual specialization.

Hybrids have always proven problematic for World of Warcraft for a few reasons, but for these purposes there’s one big one that led to what was once called the hybrid tax.  In short, hybrid characters dealt less damage per point than “pure” DPS classes, on the basis that a shaman could go and heal instead of hitting things, but a hunter just chose between different ways to shoot stuff.  It was, of course, kind of a silly idea – you weren’t changing specs mid-battle, and an enhancement shaman was not going to suddenly flip gear and serve as a healer – but there was a point to it.  You had more options.

The workaround for that was to make hybrid damage dealers a bit more support-oriented – so while my enhancement shaman might not have hit quite as hard as an equivalently geared rogue, I could drop totems and provide unique buffs instead.  Which doesn’t really solve the problem, since then I wind up providing a substantial damage buff to the entire raid, and having one shaman instead of two rogues is a good thing… 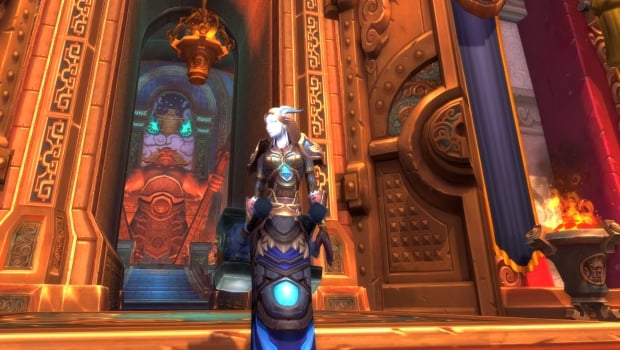 My point is, without walking us through every step along the road, that times have changed.  Increasingly, the design goal is to keep otherwise problematic abilities in the hands of the spec that’s going to be using them as primary elements.  This has led to a lot of things, including stripping some of the flavor out of the classes, and while the net result is that most of the hybrid classes wind up in much tighter spaces from a design perspective, you lose a lot of your options from back in the day.

Unless, of course, you’re playing a shaman.

One of the bits of brilliance that I always loved about shaman design was that the core elements of all three specs were always closely tied together.  Lightning Bolt features prominently in your playstyle no matter what you spec, for example.  The result is that there was only so much that could be done to separate them out again, and even with the thorough changes to totems, itemization, and playstyle, some of that old hybrid flavor still shines through as a shaman.

No, you can’t toss on Water Shield and swap your weapon enchantments to heal through a rough fight, but you can still use your Maelstrom stacks to throw an instant heal on a teammate or drop a damage shield with the right talents.  You can hang back and swap into ranged mode if needed; Ascendance still provides that functionality, and even without it your spellcasting is decent enough to range for a moment.  Totem twisting is a thing of the past, but you still get some of that flavor, still dropping those cooldowns and providing group-wide benefits.

It feels, in short, like it’s closer to what classes used to be in the earliest parts of the game.  No matter what you do, you’re bringing the rapidly changing face of the elements into battle, and you can be just as fluid as they are.  Your toolset is varied, and you share quite a bit with your sister specs.  It’s almost like the past decade of class changes never happened.  Well, it isn’t quite like that, because we still have access to all of the improvements that have come around since, and I don’t miss dropping points in Shield Specialization for my dual-wielding damage dealer.  But that’s not the point.

Shaman – and enhancement shaman in particular – has some of that feel that I loved from back in the day.  I rolled retribution when it was still completely useless in groups, and I took great pride in being able to hit things with a two-handed weapon while still providing heals and support.  These days, my paladins don’t really do that.  But my shaman still buffs the party, still flits in and out of melee range as the fight demands, and still feels like a spellcaster with durable armor and the power of the storms at her fingertips.

And now I can be that without fighting over spellpower weapons, which is even better.

Blizzard Watch is made possible by people like you.
Please consider supporting our Patreon!
Filed Under: Enhancement, Shaman, World Of Warcraft
Advertisement