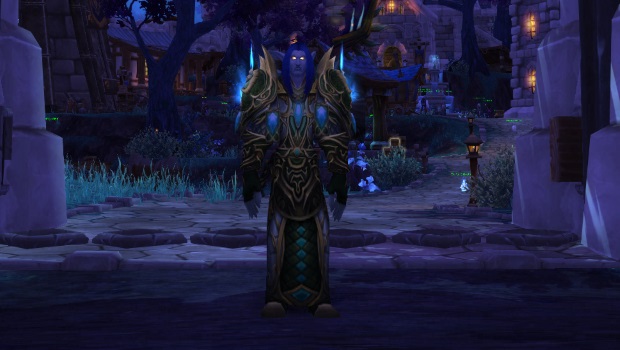 Welcome to Shifting Perspectives, Blizzard Watch’s regular column for druids of all vocations. This week, Chase Hasbrouck (@alarondruid) will be answering your questions while capering madly.

Welcome, shapeshifting friends! It’s great to be back. Once again, I am amazed at the community that this site shares, and am immensely grateful to be able to contribute to it. I’m going to steal the Queue’s format for this week and devote this column solely to your questions; going forward, let me know what you want to see! Q&A? Guides? Detailed analysis? Diatribes against the gear-stealing, death-feigning, class-who-will-not-be-named? Leave a comment, let me know!

The entire feral community: What’s going on with our AoE?!

Well, it’s not great, that’s for sure. This is a problem that’s been building ever since damage was redistributed away from bleeds in 6.0. It existed in Highmaul, but was only really a problem on Tectus, and ferals were doing enough single-target damage to make it worth it. Well, everybody else caught up.

Now, we’re 5-10% ahead of the pack on single-target, and 20-30% behind everyone else on multi-target. The Blast Furnace encounter is particularly egregious in this regard: currently, Warcraft Logs shows ferals dead last at  27k, with balance topping the meters at 40k. This isn’t just meter padding, either. These AoE fights do have a priority order, but all the adds need to die eventually to keep incoming damage under control

The best way to fix this would be a topic in itself; any direct buffs to AoE abilities run the risk of improving feral too much at single-target/2-target fights, where it already does well. Personally, what I’m hoping to see at this point in the PTR cycle is just a simple buff to Swipe to keep them competitive, with a reworking of our Lunar Inspiration talent to be more AoE focused later down the road.

@mbuhtz: Do you have any tips for feral druids in Heroic dungeons?

Use your off-healing! There are lots of points in the feral rotation where you’re waiting a few seconds for energy to regen, especially at lower gear levels. Use this time to pop a Rejuvenation on the tank or a low-health DPS. If you’re specced into Dream of Cenarius and Bloodtalons (which I recommend) then you can pump out some significant healing from Healing Touch as well.

@meeplewolf: How easy is it to jump into heroics/LFR as a new resto druid?

LFR should be absolutely no trouble; all Highmaul bosses save Imperator are generally one-shots. (As always with LFR, make sure you go earlier in the raid week for better results.) Heroics are a bit of a mixed bag because it really depends on your tank and DPS not taking avoidable damage. Don’t be afraid to lean heavily on Rejuvenation, and take mana breaks if you need them.

@talgonite: Is the Cenarion Circle secretly subjecting tauren to kal’dorei? Every CC outpost is NE…

I have noticed that, and it’s a shame. Tauren lore is really cool, and I’d love to see more of it referenced for druid-specific things.

@Shadowful: Looking back, how has splitting feral/guardian into separate specs worked out?

It had to happen, unfortunately; bearcatting was absolutely gamebreaking for certain encounters. Personally, my main complaint when they ditched talent trees was that they simplified too much; by forcing all four specs to pick from the exact same menu of talent choices, they greatly limited what creative things they could do with those talents. They learned from that (thankfully) for WoD, though, and I’m looking forward to more diversification in the future.

@Lolskates: When can hunters tame druids?

You want to turn a living, sentient creature into your pet? You monster! Why, I oughta … oops. Well, I was going to start a rant, but looks like you disengaged into the fire and died. Again. *pats head* 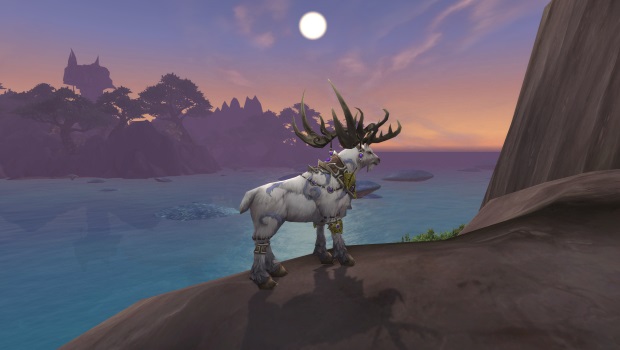 @beramsey: Why were travel forms combined?

Probably just for button bloat reasons. It’s extremely frustrating when you lose the flexibility to do something that you used to be able to do before, that’s true. It hasn’t been a big hindrance to me, but I think there’s some improvement that can be made; the current way of modifying things via the glyph system is not very elegant.

@Jamminkeys: What do you think of Genesis?

It’s a niche cooldown which is very costly, which greatly limits its effectiveness. Personally, my greatest value from it came from when I stopped looking at it as a raid cooldown and started thinking of it as a tank cooldown. Since I generally run Germination and Soul of the Forest as my talents for restoration, I can Swiftmend, throw on an additional Soul of the Forest-buffed Rejuvenation, and then pop Genesis for a massive tank heal.

@matticus: Where are all the resto druids at?

This may actually be my fault. I publicized that Treant Form could be ignited by basic campfires a few years ago, and, well…

@Ronin_Silegna: What do you think of the new Eclipse mechanic?

I’m not a fan, at all. (Note that you really have to define “new” these days, since Eclipse has been redesigned every expansion since it was introduced.) Losing the control over it you had previously has turned what was an interesting priority system into a 4-button class that has a very low skill cap.  If I had a developer hat, I’d advocate for an attunement system where you can choose to stay in Solar or Lunar, and each attunement has strengths and weaknesses.

@AlternativeChat: Haven’t played a Druid since Wrath. What spec would you suggest as a re-introduction to the class?

Either of the DPS specs is good to start. I used to recommend balance to new players starting out, but the removal of Mangle and the introduction of Glyph of Savagery has made feral much more newbie-friendly, so either is good. From there, it’s very easy to switch feral->guardian or balance->restoration, as most of the gear is shared. Going from agility to intellect is a bit harder, but much easier than it was in prior expansions.

Great questions! If I didn’t get to yours, I apologize, but there’s lots more Shifting Perspectives coming up! (Man, it’s so good to say that again.)

EDIT: The patch 6.1 PTR notes were released after I wrote the above, with 20% buffs to feral Swipe/Thrash/Shred and 5% buffs to Rip/Rake/Bite. Balance Starfall was nerfed by 16.6%. Won’t know for sure what will happen until it goes live, but ferals should now be #1 or close to it for single-target, above-average for 2-target and below-average but not dead last for AoE. Balance will come back to the pack but still likely be above-average for AoE and 2-target; single-target will be unchanged.