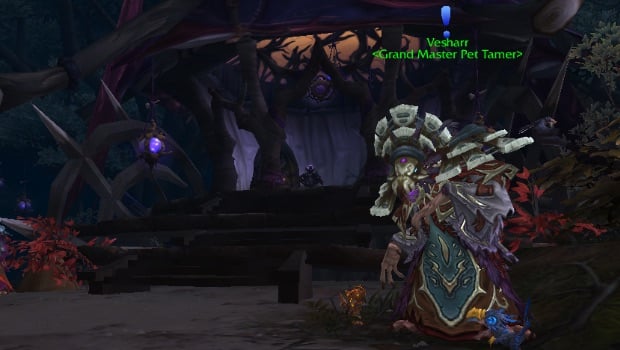 Despite the lack of daily quests in Warlords of Draenor — at least compared to the daily quest madness that was Mists of Pandaria — in Warlords, I feel like a creature of habit more than ever. My WoW routine is usually fairly rote: log on, check garrison missions, open salvage, collect supplies around garrison, equip followers with any new gear, send followers on yet more garrison missions, do menagerie daily (repeat, interspaced with web searches, until success is achieved), do daily tamer quests until tired of doing daily tamer quests, go on to do whatever I’d logged on to do in the first place… a half hour (or so) later.

It’s pretty obvious I’m on a battle pet kick lately, but even when I’m not, my to-do list remains similar: do regular garrison tasks, work on whatever grind has my current attention, then actually get around to playing the game, almost like clockwork. But what about you, fellow WoW-ers? Do you stick to a regular routine in game? Tell us about it!

Blizzard Watch is made possible by people like you.
Please consider supporting our Patreon!
Filed Under: Daily Quests, Garrison, Warlords Of Draenor
Advertisement