Lightsworn: The measure of a tank 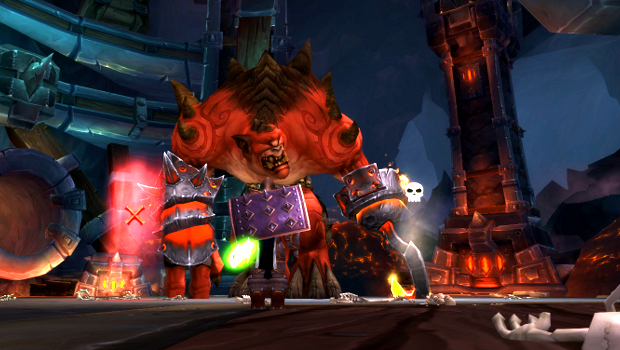 Before I launch into my topic, I wanted to take a moment and talk a bit about how great it is to write for this amazing community once more as it embarks on a whole new adventure. For those who didn’t read my posts over at — er, That Other Site — I’m Rhidach and I’ve been tanking on my paladin since The Burning Crusade. I’ve been writing about paladin tanking since Wrath of the Lich King, first over at my on-again-off-again blog, Righteous Defense, and then later as the protection guy for The Light and How to Swing It at the old location.

Thanks to this site’s wonderful readers and Patreon supporters, this Blizzard Watch has given me the opportunity to once more write about protection paladins in this space. A new site called for a fresh start and, after an agonizing week of brainstorming with Dan Desmond (my two-hander-dragging comrade-in-arms), we came up with the column name of Lightsworn for the paladin side of Blizzard Watch. I think it works well by avoiding the exhausting Divine This and Holy That that our spellbooks seem to be soaked with.

All right — so that all said, let’s strap on those shields and get down to this week’s topic.

The pursuit of big numbers

A dark and secret yearning in the soul of many tanks is the want to pursue “big numbers” just as much as our DPS brethren do. Sure, we deny it, and dismiss DPS as an unwashed rabble more obsessed with chasing ever-larger damage numbers at the expense of basic things like not dying during a boss encounter — but the truth is that deep in the heart of every tank lurks a green-eyed ego-monster that hungers for flashy critical strikes. (Whether tanks admit it or not.)

Many oldtimers will remember the glee of tanking Festergut in Icecrown Citadel and watching how high you could push your damage output on that boss once you had enough stacks of Gastric Bloat.

And then Cataclysm came and ruined the tank psyche forever with the introduction of Vengeance. Suddenly some terrible behaviors (for example, standing in fire) were actually rewarded with massive DPS. Tanks began to sit soundly at the top of damage meters, and DPS began sharpening the long knives.

Thankfully this expansion saw the transition of Vengeance to Resolve, away from boosting damage output and redirected towards only affecting self-healing and absorbs. It was a good change for the game and for the quality of life of all tanks. Still, the damage was done, and a whole generation of tanks suckled from the idea that they could be at the top of the damage meter on a boss fight.

There’s a whole ‘nother post here about the terrible psychology that Vengeance unleashed and how some tanks ignore survivability (job number one!) to max out their DPS, do a poor job at that tradeoff, and then make their group or raid suffer as a result. For now I digress on that point.

A different kind of ranking

The one good thing about Vengeance’s reign of terror is the impression that it left with most tanks that there should be some kind of number measuring tank performance other than a binary “did the tank survive this encounter?” Damage output clearly was not the best choice for this metric, so something else would have to be created. Ideally, something focused on a tank’s main role in the group: staying alive.

Prior to the current expansion, and while Vengeance was still around, the first metric to really try to slap a number on survivability was the Theck and Meloree Index, or TMI. TMI was written by Theck to work off of SimCraft, and was primarily focused on evaluating how survivable a tank could be against damage spikes. It could also be applied to logs ex-post-facto to slap a number on how survivable a tank actually was against damage spikes. This metric was an important first step, and it laid the groundwork for future attempts to measure tank performance.

Two of the popular combat logging sites added functionality for tanks to see their TMI scores when looking at combat logs; however, that information was not granular enough for either site, and both went about crafting their own survivability metrics for the Warlords of Draenor launch.

The first one, Ask Mr. Robot, created what they call Healing Required per Second (or, HReq/s). The formula that generates that number is pretty straightforward. What is considered “main tanking” varies from fight to fight, to set up the proper measurement windows for each tank in an encounter. For each tank, any damage taken in the main-tanking window has self-heals/absorbs subtracted and then the resulting number is how much healing that tank needed to stay on two feet while main tanking, their HReq/s.

You can find your HReq/s by uploading a combat log from a raid encounter to Ask Mr. Robot and then choosing the Data view, selecting tables view, and then filtering to Damage > Taken. It is also available in the Infographic view for each attempt or kill.

The breakdown of an encounter will look like this:

If you mouse over yourself or the other tank you can see a pretty cool breakdown of damage taken and how much was blocked or absorbed. And of course your TMI is there as well (golf rules: the lower the number is, the better).

From this view you can also compare yourself to your co-tank, though don’t gloat just yet — there are class differences that will ensure the numbers are not directly comparable. If there’s a vast gulf between you and your fellow meatshield there may be a problem, but it’s also just as likely that one class could be intrinsically better on a particular encounter. The metric can possibly be used to identify which of the two tanks may be better suited for the limelight in a particular encounter, if their toolkit gives them an edge for that encounter.

For personal evaluation you can switch to the Infographic view and drill down to your character specifically. Scroll down until you hit the HReq/s part of the page and you’ll see your result scored on a scale of 0-10. The lower your HReq/s was, the better your score. You can use this score to gauge how good your performance was on that particular fight  and to determine if changes are needed for how you approach tanking the fight.

Now, the other tanking metric is Warcraft Log’s KRSI, or Kihra’s Resolve-Weighted Survivability Index. This metric has a different philosophical approach behind it, in that it’s a tool for competitively ranking tanks within a class against one another. Further, unlike AMR’s HReq/s, KRSI factors in a tank’s Resolve when calculating the final score for an encounter, and the score rewards tanks that survive “best” (through mitigation, healing, absorbs) at higher levels of Resolve. KRSI is also a work in progress, and Kihra is constantly iterating the metric.

To find your KSRI for an encounter, upload a log to Warcraft Logs and go to the Rankings view for a boss kill. Right along with the damage and the healing rankings will be your tank ranking, both overall and broken down by item level bracket. In that view you will be able to see your KRSI number, as well as your co-tank’s.

Both metrics are valuable, and both definitely have their individual uses. Personally, I like to refer to both and to use both to try to refine my performance on each encounter.

It’s really amazing how much of a leap log parsing has taken since the last expansion. There are more tools than ever at our disposal, and to be the best tanks we possibly can it is definitely critical to make use of them!

For better or worse, there aren’t many changes for protection paladins in patch 6.1. Here’s what we have coming to us:

As you can see, this is a pretty minor patch for us — well, other than the glorious, shining selfies that will soon be all over twitter.

And that wraps it up for this first protection-focused Lightsworn. Thanks so much for reading and until next time!