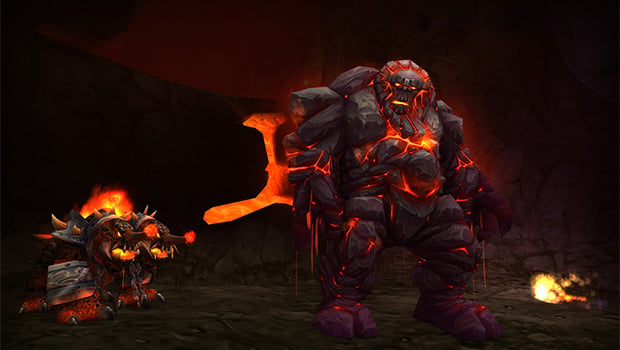 It certainly seems like we’re inching closer to the release of Blackrock Mountain. Not only was the preorder made available yesterday, but information on the next wing of Blackrock Mountain is available! Here we have a new mage, hunter, and warlock card that all appear to be attainable within the Molten Core section.

Boy are they a doozy! 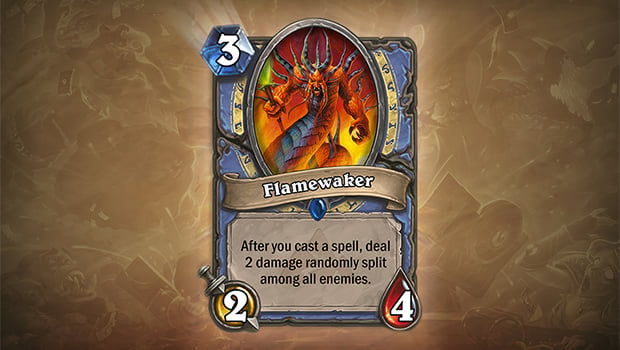 The Flamewaker is the rare mage card. Right off the bat, I can see this fitting in quiet nicely with Mech Mage. All those Spare Parts cards you’ve managed to accumulate in your hand? This is where it’ll come in handy. 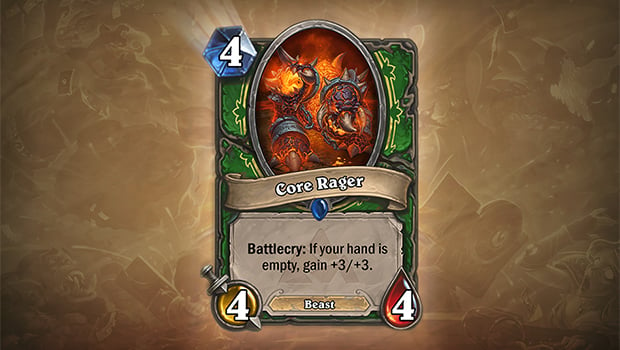 Hey, look! They named a card after me when I go on a losing streak! All kidding aside, the Core Rager is like a Chillwind Yeti with a bonus for emptying out your hand first. I suspect this card will see inclusion in competitive hunter decks. You can play it the turn it’s available and it still functions as a relatively tough body on the board. If you draw it in the late stages of the game without much of a hand left, it grows into a much larger version. Careful though as it’ll be well within Big Game Hunter range. 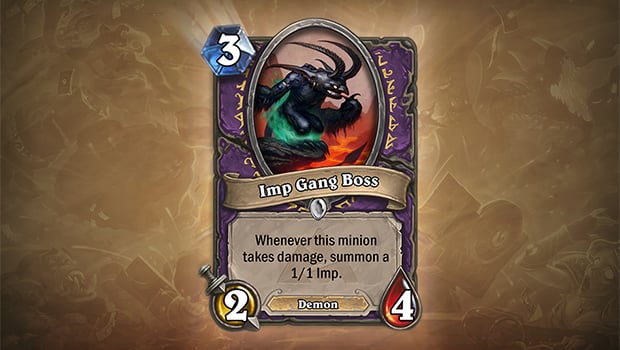 There’s something to be said about an imp themed deck which does nothing but generate numerous amounts of, uh… Imps. It guarantees that if it takes a few hits, it can churn out some smaller minions to help you out later. Mind you, it doesn’t generate an Imp for each point of damage — Only when it takes damage. This is perfect for warlock players since they tend to have an affinity to sling friendly fire around anyway.

I feel more excitement for this set of revealed cards compared to the ones that were released earlier. What are your thoughts?