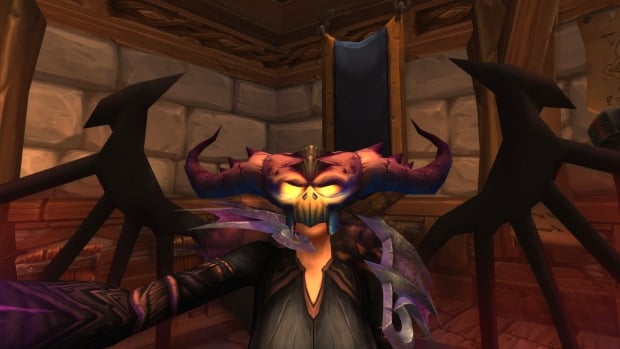 Welcome to Blood Pact, Blizzard Watch’s regular column for Affliction, Demonology, and Destruction Warlocks. This week, your hostess Megan O’Neill (@_poneria) attempts to teach Demonology. We won’t be Illi-done with the fel arts today, but we’ll bring more Fizzlebang for our buck.

Located literally between the shadowy affliction and the fiery destruction, demonology fuses the two school spells as a dual-action-bar machine. Historically demonology has been the hardest of the warlocks specs to learn to master, and it’s that complexity that its player advocates adore. Unfortunately, this same complexity and duality leaves those new to the spec often lost or stumbling to put all the parts together fluidly.

The best description I’ve heard through the years is that demonology is a machine of interconnected parts. Performing well requires mastery of both mortal and Metamorphosis forms working together, rather than bouncing around a spellbook of split personalities. I’ve written and rewritten this column several times over, trying to find the best way to tie everything together. There’s a lot of things going on for demonology to remember.

Then it hit me while I was trying to improve my own play. 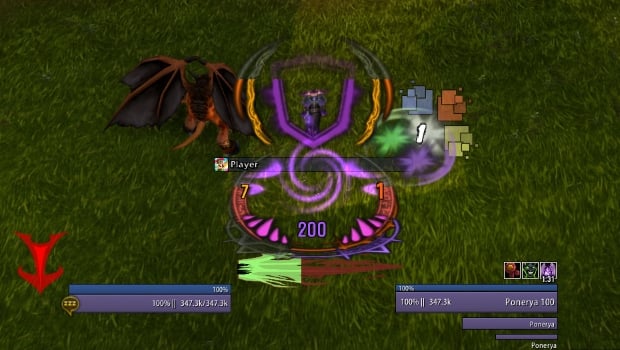 Put your cheatsheet on your screen while you play

You can go 100% default UI and stick to notes on post-its on the side of your monitor if that’s what floats your cheatsheet boat. On the other hand, I’m an addon fiend, and particularly a lover of Weak Auras. Weak Auras lets me put colorful and sometimes animated reminders on my screen while I’m playing, whether I use spell icons, progress bars, or even just abstract shapes.

There is a method to my Weak Aura madness; I like to get creative and craft out an animated version of my rotation using information I need to perform correctly. It looks like squiggles around my buff/debuff addon that tracks my DoTs, but everything has its place.

I only have one rule: the entire squiggle set should look fantastic when the priority rotation is performed correctly. This means three types of aura creations happen:

But before we go putting the killer flame-painted chrome body on our demonology machine, we need to set the framework. There are three basic things every Warlock should care about.

1. What DoTs do I have up? Every Warlock spec has at least one DoT to maintain and perhaps a couple of significant target debuffs to look out for. Demonology has three major DoTs: Corruption, Doom, and Shadowflame (applied from Hand of Gul’dan). You’ll want to know the durations of all three and particularly the stacks of Shadowflame.

I personally use Raven, but I’ve seen players swear by many other buff/debuff addons. Add your favorite in the comments!

2. What am I casting? I use Gnosis as a cast bar addon. Again, commenters may swear by other addons. Whatever you use, make sure you can see what you’re casting.

3. Am I standing in floor fire? While modern raiding requires more situational awareness, including watching things around you, this is the bare minimum: don’t stand in bad. My cast bar sits just below my feet and my DoT tracker is right below that. My Weak Auras are then constructed around these. 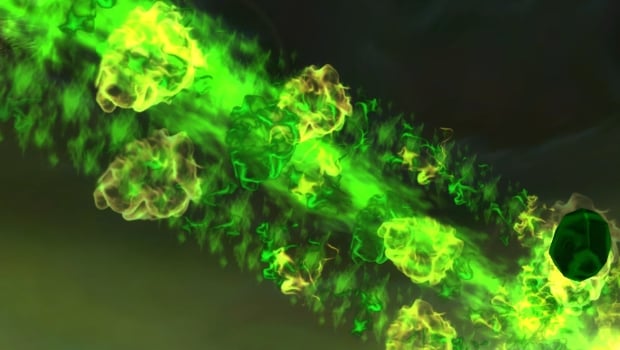 This is what green Soul Fire looks like, up close and personal.

Now let’s apply the killer flames. I’ve included my own Weak Aura strings via Pastebin links if you want to copy them.

Demonic Fury (paste) — Fury is the pendulum we demonologists swing on, so it’s key to know how much you have. You can do this with your unit frame, but I prefer my demonic fury up in my face, so it takes center place below my cast bar. You can add aura notifications for significant points of demonic fury if you need additional reminders. Remember, these are rough breakpoints — you can go over or under as you feel you need to.

Molten Core: duration (paste) and stacks (paste) — Molten Core is the primary reaction proc for demonology, so it forms my major squiggle for my demonology Weak Auras. I use a text aura to keep track of the stacks. Molten Core makes Soul Fire worth casting, and you’ll primarily spend these buff stacks in Metamorphosis (extra stacks are burnt off in caster form).

If you’ve taken Cataclysm or Demonic Servitude as your level 100 talent, then use the following Molten Core methodology:

If you’ve taken Demonbolt as your level 100 talent, Soul Fire becomes mostly a fury generator, rather than a nuking spender.

Execute phase (paste) — Soul Fire becomes your filler nuke when you reach 25% or lower target health. The Molten Core passive mechanic for demonology warlocks includes a guaranteed Molten Core stack when you hit an execute-range health bar with Shadow Bolt, Touch of Chaos, or Soul Fire. Since I was an affliction warlock first, this is my purple Drain Soul-like center swirly. 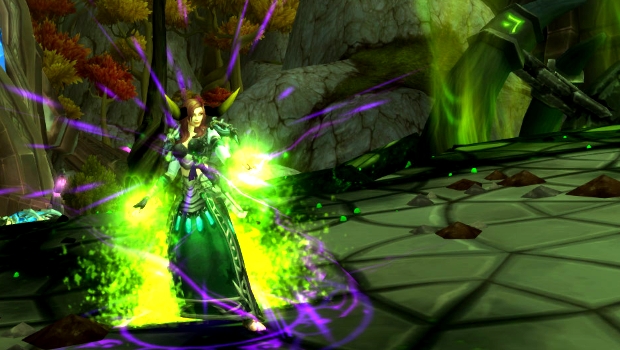 Hand of Gul’dan: charges available, time to charge, when to use (group paste) — This one is complicated.

Previously, I had an aura that showed whenever a Hand of Gul’dan charge was available. With that aura, I was casting Hand of Gul’dan all the time, but that isn’t the best use of the spell. You get the best damage out of it by using the two charges together (3 charges with tier 17 4-piece set bonus), with 3-4 seconds in between charge use to help extend the DoT to the max time.

I rebuilt my Hand of Gul’dan aura into an aura group and tailored it to show only when the conditions for getting a 2-stack of Shadowflame were right. The two purple textures overlap and the two timers overlap, so you’ll only see one of each type. Let me break the group down:

The timers may be unnecessary for the beginning demonologist, but intermediate and advanced players may find them useful for gauging timing mid-combat, especially when your Hand of Gul’dan is recharging while you’re in Metamorphosis. 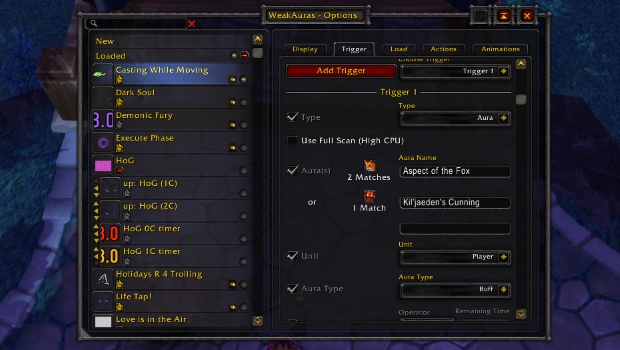 B-b-b-but, the other auras!

I’m running out of space here, but the rest of the auras are pretty simple — they’re cooldowns or trinket procs or raid CDs like Heroism. While I work on getting those strings up on my blog, feel free to share your own demonology tracking tricks in the comments!