How to get to Draenor and skip Tanaan Jungle entirely 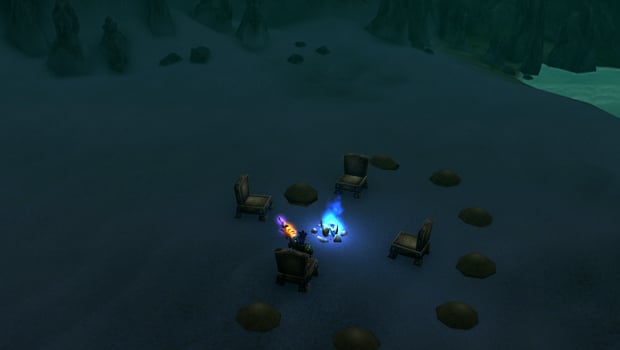 Update: While you can still use this as a way to get to Draenor, you can also just get a Mage to port you to your faction capitol in Ashran. You won’t have any flight paths, but if you have Draenor Pathfinder you can safely fly wherever you want. Note, however, that you will need to be level 90 to pick up the quests to build your garrison.

Warlords of Draenor begins with a pretty explosive opening sequence that leads you through Tanaan Jungle on a merry race to bring down the Dark Portal and hopefully put a thorn in the Iron Horde’s side in the process. While the opening quests are fairly quick paced and net a lot of experience, it can get a little tiresome on repeat playthroughs, particularly if you have a lot of alts. So why not just … skip it all, and start Warlords on Draenor, bypassing the opening experience entirely? It’s absolutely possible to do so, through a little riding around and a strange little trick on, of all places, the Timeless Isle.

Note that this is a lot easier to accomplish if you have a water walking mount like the Azure Water Strider, or an ability or potion that will allow you to do the same. While you can swim to where you need to go, it’s a much slower process, and by the time you get to where you want to be, you could have just gone through Tanaan anyway. Pack your bags, and if you’re ready to go head for the Timeless Isle … specifically, down by where all those pesky frogs hang out on the southern shore. 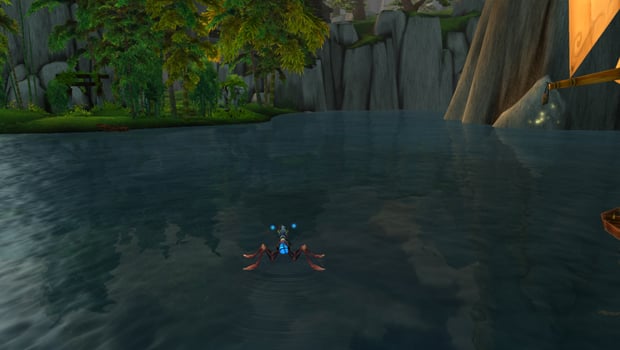 You’re looking for this spot on the map — right next to the pirate ship off the coast. Once you’ve found it, swim down to find a hidden cave full of tons of sand to dig up, and four chairs arranged in a pattern around a mysterious glowing campfire. Collect all the sand if you’d like to beef up your supply of Timeless Coins (although at this point, you may not really need them). But what we’re really interested in here are the chairs and the campfire that are pictured in the header image.

Take a seat in one of those chairs, and you’ll notice that suddenly you’re able to interact with the campfire in the middle — it now says Grim Campfire when you mouse over it. And if you click it, you’ll be presented with a Warlords of Draenor loading screen. 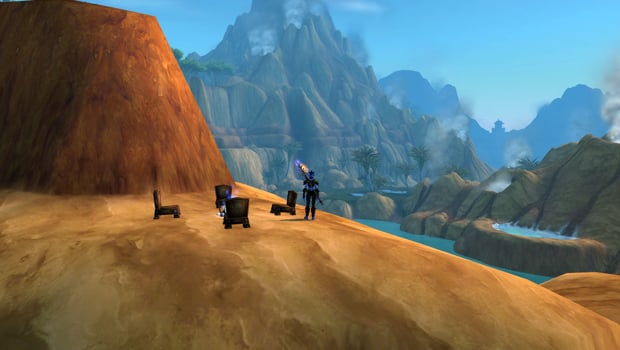 Suddenly, you’ve been teleported to Gorgrond, of all places — a small island off the eastern coast with nothing on it except for the chairs and the fire. You cannot get up here from below — players that are already level 100 or have Aviana’s Feather in their possession can fly out to this island from the Everbloom Overlook flight point, sit in the chairs and click the fire for a quick teleport back to the Timeless Isle. But if you’re level 90 and here for the first time, you don’t want to turn around and leave again, do you?

This is where your water walking mount or ability comes in extremely handy, because you’re about to make a jaunt around the north tip of Gorgrond. Note that there are hostile mobs in the water, but you should be able to avoid them for the most part — and be sure to stick near the coast so you don’t end up in fatigue zones. This is the path you want to follow: 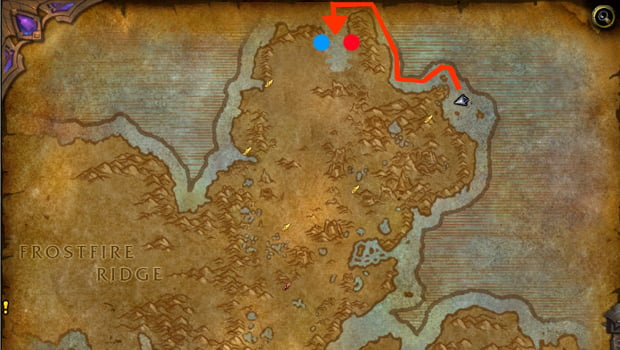 You’re headed for the Iron Docks — or rather, the uninstanced version of the dungeon. Note the two dots on the map. Alliance players will want to head to the blue dot once you get there, Horde players will want to head for the red dot. Each dot is a small camp, one Alliance, one Horde, presumably for upcoming content. There are no quests or anything associated with the area, and you’ll want to stick closely to the camp because this area is crawling with level 100 mobs that will make quick work of your alt if you’re not careful.

Instead, speak to either Dron Skyborn if you’re Horde, or Lungar Longdrink if you’re Alliance. These two are listed as flight masters, but they only have one option available on their menu: Take me back to the garrison. Select this option and enjoy the lengthy flight over scenic Draenor. The flight masters will do exactly as you ask and fly you to your garrison, or where your garrison flight master would be if you actually had a garrison established. You don’t, so you’re going to end up in the middle of an area with some level 90 mobs that might attack you upon your grand entrance. Doesn’t really matter, just mount up and head to the stranded ships on the coast – south if you’re Horde and in Frostfire, north if you’re Alliance in Shadowmoon Valley. 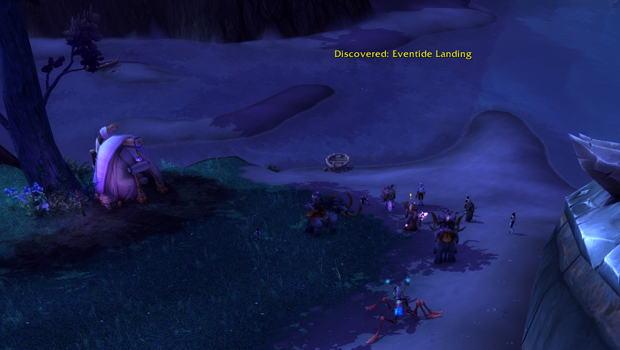 Presto, there are quests for you to get started establishing your garrison in both areas, no Tanaan Jungle required. Note that by doing this, your character will not receive the Welcome to Draenor achievement. You’re also going to be missing out on the experience, quest rewards, and gold that you would normally get by going through Tanaan to get things started. But if you’d just like to get your alt to Draenor and get things going, this method effectively skips the opening experience and lets you do so. And if you’d like a handy teleport back to Pandaria, you can use the chairs and campfire to get there, too, as long as you’ve got a glider or Aviana’s Feather to get you to the island off of Gorgrond.