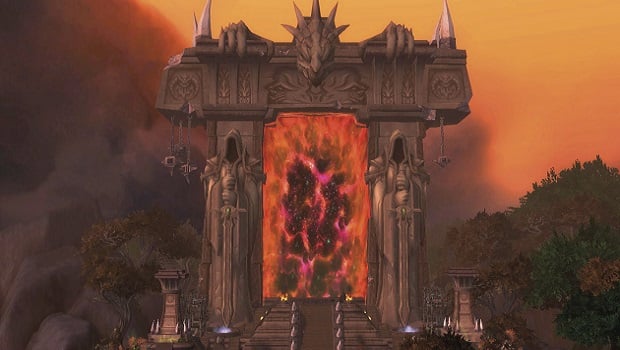 Every guild has its own distinct culture. Can you change that culture? And how can you protect it from new recruits? We discuss these questions and more in today’s OQ!

Braellyn
My guild has survived since BC as an ultra-casual, “jack of all trades” guild that dabbles in everything but excels at nothing and we’re good with that (or have been).

But, as the GM, I do occasionally long for a bit more challenge and a bit more guild coordination. I want to give Normal raiding or organized PvP a try. I’ve tried posting on the guild calendar, talking up events in guild chat, etc., but my guild’s culture and the independent, solo game mindset of its members works against me. They’re happy just doing their own thing, chatting in guild chat, and grouping on the spur of the moment for dungeon runs or LFR. It’s a constant unsuccessful attempt to herd cats for a once a week, more organized group activity.

I could make a “secret” alt and get into a more active guild, but most of my guildies will see me somewhere else and get skittish that the guild is in trouble.

I’d prefer to change my own guild’s culture by pushing the envelope a bit, but not completely gutting the guild’s core beliefs. Do you think this is even possible for a smaller, ultra-casual guild and if so, what are some suggestions you might have for going about it?

Changing your guild’s culture in this way is a bad idea. People belong to your guild because they enjoy your culture and the likeminded players on your roster. If you attempt to transform it, you can get what you want but at the cost of pretty much everything that works in your guild right now — and likely many of your current players, too. It’s not worth it.

Secret alts are not the solution either, because at a fundamental level you will be deceiving your own members. A secret alt just to get away from the responsibilities of leadership once in a while isn’t a bad thing, but a secret alt to join a different guild and raid with them is taking it too far.

Instead, why not be honest? Tell your members that you want more out of the game and that you’re joining a guild with one of your characters to raid and PvP. Invite others to do so with you if they are interested. Yes, some of your members may not like it, but it’s your $15/month too. You can also explain how part of the reason for making this choice is because you don’t want to force these activities on the guild or change its culture. That will help them to understand.

If the day comes when you don’t have enough time for both guilds, you’ll have to make a choice about what you really want out of WoW. Both then and now, being honest with your guild and yourself is the best course of action.

Jpec07
Our guild is small. We have only seven people who can consistently come raid with us. […] We have never been able to do it without a few PUGs. Needless to say, this winds up pretty inconsistent at times. […]

Our guild has always been a casual sort of guild. We don’t have a set of rules for recruitment, but we don’t just go /ginviting anyone who’s looking for a guild (we just make sure people who want in know what they’re getting themselves into). Usually, recruits come from PUGs who like our group so much they come join us – but that’s a rare event, especially when we’re not making regular progress.

Should we recruit more people?

I’m worried that recruiting to fill our raid roster to a minimum capacity will invite people who don’t jive with the guild culture. I always take a very passive approach to raid leading – know your class, come with halfway decent gear, come listen in Vent, and we’ll make it work. If we recruit, how can I make sure our new recruits won’t tear the guild apart?

And my second question: trying a new raid, we couldn’t even kill one boss (wiped more than a dozen times on trash trying to get there). Our morale is already shot, and people are sick of Highmaul. Should we try BrF this week, or should we pull back to kill some Heroic Ogres, first (note: we only have one raid night a week)?

Question 1: Yes, you should recruit more people. Your current raiders will only accept the current situation for so long before they become frustrated and start shopping around for a different guild. Even if you aren’t successful at first, the fact that you are trying to bring in more raiders will buy you both time and consideration.

Enlist your raiders to help you. It doesn’t have to be you and you alone. Filling out a roster often takes a team effort.

Question 2: You can never know for sure whether someone will be a good fit with your guild’s culture. But it is worth the risk. If you never bring in more players, your guild will die. There is always turnover from people experiencing life events, getting bored with the game, guild hopping, and so on. Your only protection against this is to recruit.

I highly recommend creating two documents. The first is a guild charter that describes your guild’s culture. That way, future recruits can read it and determine for themselves if your guild sounds like the right fit for them. The second is a short application that helps you determine the reverse: if the recruit is the right fit for your guild. One of the questions should be a yes or no question asking if they’ve read the charter. That way they can’t claim later that they didn’t know your guild culture.

Question 3: Try BRF. Nothing is worse for morale than failing to the same bosses over and over. Failing to new bosses isn’t ideal, but at least it’s a change of pace. And if you manage to down one or two of them, you’ll receive a substantial boost. It’s better than banging your collective heads against a Highmaul wall.

MandaPandaBear
Here’s a question: My guild only raids normal/heroic so if there’s a scheduled raid night and I’m not particularly inclined to go, I will stay off the game. Our members have enough dual-specs to cover missing people, but am I still wrong for taking this carefree approach?

Not at all. I think that’s a big part of the reason Blizzard put in the time to develop flexible raids. In an ideal world, people should only raid when it’s fun for them. Flexible sizes gets us a step closer to that.

Just keep in mind that if you are absent too many times your guild may start to build up some resentment about your attendance. For example, if you only show up once a month and you win the roll for a best-in-slot warforged weapon with a socket, people might start muttering behind your back about it.

If you find that you don’t want to attend more often than not, it might be best to step down from guild raiding until you’re at the point where it’s consistently fun for you.