Totem Talk: How could Enhancement get its totems back? 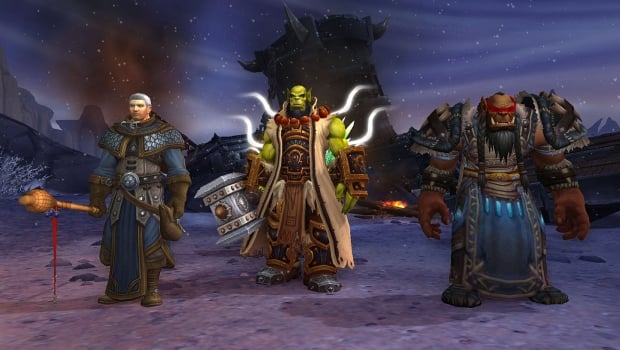 Last week, I talked a lot about totems and Enhancement, and how we really don’t need them any more – or if you want to be super on-point, we basically don’t have them any longer anyway.  This week, I want to talk about how we could reverse that.

As I mentioned in the previous column, I don’t have a deep emotional attachment to totems just because they’re iconic.  I like them, but I’d rather just get rid of them if they’re hanging around solely for the sake of nostalgia.  But there are ways to make those little buff sticks feel relevant again, and give us a reason to care about totems as totems rather than just cooldowns technically tied to a location.  So what can be done?

Let’s start with something I absolutely never expect to see happen, but it would be really cool.  Let’s invert how totems currently work.  As it stands, you drop a totem and an effect happens or starts happening immediately.  What about flipping that dynamic?  What about making totems something you drop specifically to consume for a buff later?

Say you had a single ability to drop your full totem spread, and it had a three-minute cooldown.  Put Unleash Elements on a similar cooldown with bigger effects when you pop it based on how many of your totems are still active.  Last, but certainly not least, turn the current totem cooldowns into personal cooldowns… which each consume a totem when used.  So the Capacitor Totem effect kills your air totem, leaving you with just three totems standing and a slightly weaker Unleash when you pop it.

Unleash could, conceivably, serve to give raid-wide buffs akin to what laying down totems used to accomplish.  Short duration, but worth having just the same.  It’s also serve as a nice way for players to feel as if they actually have to manage and care about their totems.  In PvP, do you break your totems instantly so they can’t be destroyed or leave them around to use one of your more powerful cooldowns?  In PvE, which totems are most important to have up at any given time and which ones just fill out space?

It’d be a pretty sweeping change to the class as a whole, and it’d have aftershocks for the other shaman specs as well.  But it would also mean that totems felt more impactful, not at the drop but at the use and consumption.  If the mechanic is going to be there, we might as well have a reason to care, yes? 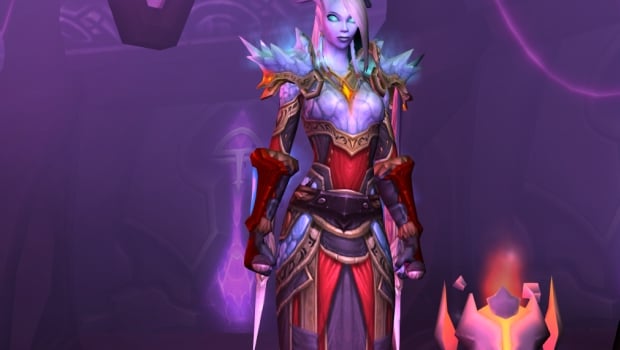 One totem to rule them all

As mentioned in the past, at this point there’s only one totem spot that Enhancement really cares about, and that’s fire.  We don’t have incentive to care about dropping any other sort of totem, we just keep Searing Totem and Magma Totem around because they’re good passive DPS increases.  They’re also the only totems that actually last for a few moments with no cooldowns.

But what if we only had one totem to drop in any given situation?

Similar to the last idea, let’s imagine a single totem dropped.  From that totem, you can activate your various totem cooldowns.  The totem only lasts for five minutes and has five “charges,” with each totem-based ability using up a charge.  Using another totem ability immediately replaces the existing totem ability, thus preventing you from frontloading with five Searing Totem effects at once.

Functionally, not a whole lot changes in this version, but from a practical standpoint it now becomes far more reasonable and forward-thinking to drop your totem somewhere other than where you’ll be standing.  You also have to think about what abilities you want to use in any given fight and how you’ll be balancing them out over the longer term.  It also would even make our current lackluster talents at 45 somewhat more useful; when positioning matters a bit more, you care about being able to reposition your totem at a moment’s notice based on the needs of the fight.

In some ways, we still have the lingering benefits of buff totems, just as a passive effect on the actual shaman.  To draw the comparison I made last time to Paladins, the changes are similar to how Blessings and Hand abilities were split up, with short-duration abilities rolled into Hand spells and Blessings significantly pared down.  Let’s say that nothing else is going to change about that; how can we make the fact that your cooldowns are physical objects feel relevant to gameplay?

The answer here, I think, lies in taking a page from a completely unrelated game, Drakengard.  Without going into any significant details, the game featured several allies you could summon into battle with an ever-decreasing pool of health.  Once their health emptied, they vanished.  Taking damage along the way meant they were out for less time, finding healing effects kept them up longer, but their health was always racing toward the bottom.

How unique and nifty would it be to have a similar mechanic with totems?

Imagine if your cooldown totems spawned with something similar to your health total swiftly sliding downward.  Let’s go a step further and assume that the totems benefit from passive healing effects like Feral Spirits and the like, or direct healing.  The result is that the totem can be tricked into staying around longer, things like Grounding Totem can be maintained a bit longer, and so on.  It makes that physical property of having totems around feel far more relevant again, compared to the current state of affairs where they might as well be personal cooldowns. 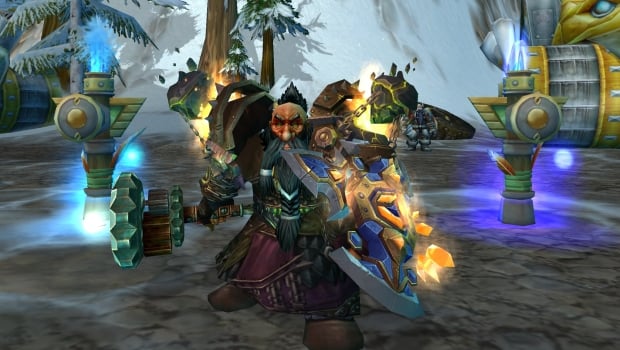 Or we could just have better totems

The fundamental issue that I have with totems as they currently stand is that the mechanics don’t really matter.  There are no fights that are tuned around the existence of things like Tremor Totem or Grounding Totem, no meaningful choices to be made about your various totem drops, and no real point to having them out or not most of the time.  You treat them as personal cooldowns and that’s it.

Having choices only matters when you can make sub-optimal ones, ultimately.  If you never have to put any actual thought into which totem cooldown you have to use, there’s no thought process, no opportunity to stop and think that placing totem X right now will mean not being able to use totem Y in half a minute.  Even with no other changes, having a better selection of totems with more relevance would make those choices a lot more interesting and force more actual thought.

None of this would address the issues of positioning, mobility, or the generally unnecessary nature of totems being physical objects out in the world that no one is going to attack.  But at least it would make the nature of totems being exclusive to one another feel like it was relevant rather than an afterthought.

Of course, in all likelihood…

I’m not alone in missing my totem forts, as several other people in the comments chimed in last week with the same sentiment.  They were an iconic and defining feature of playing a shaman of any sort, Enhancement or no.  But the game has phased that mode of play out, and it doesn’t appear the designers are all too eager to bring that part of the game back.

The fact is that we’ve been hit hard by the extreme form of bring the player, not the class.  The things that made us unique were too powerful, we were told, and this wasn’t entirely incorrect – being the only class with Bloodlust was kind of ridiculous.  There’s totally a case to be made for removing the little totem forts that were annoying to lay down in sequence and inconvenient to drop and yank back up on a regular basis.

But I don’t feel as if that’s actually been fixed.  Sure, I no longer have to lay down my totems, but I have to manage way too many messy bits of my damage rotation despite that, so it feels as if I’ve traded one cycling hassle for another.  By removing the buffs that we could spread throughout the group, it’s made balancing the class against others a much easier task… and it’s also made the class far less unique for bringing utility and support.  And all of the traits that made totems unique now feel like afterthoughts, a class feature that sticks around because everyone expects them to.

That’s where I come down with totems.  If we’re going to still have them, I want them to feel meaningful, like something other than a cooldown I just happen to burn when it’s up that I barely even notice as a physical object.  Make the mechanic mean something, or get rid of it altogether; don’t just leave it lingering around in an odd sort of half-state, too iconic to be removed but not iconic enough to be made into a focal point for the spec.

Or maybe I just don’t want to deal with the tedium of re-dropping Searing Totem every fight.  Six of one.