Totem Talk: The strange relationship between Enhancement and totems 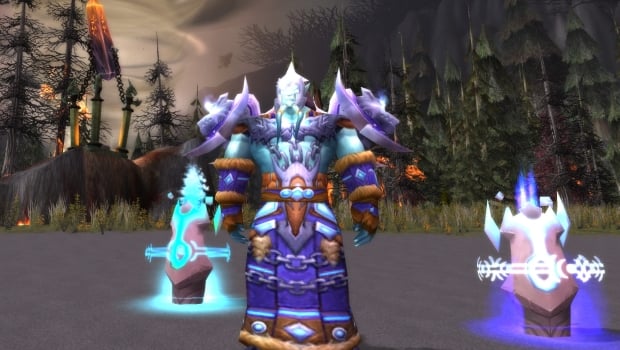 If you were so inclined, you could argue that totems were counting down the hours until they got removed from the game as soon as Enhancement was made a viable spec in The Burning Crusade.  I wouldn’t make that argument myself, but it sure does sound convincing when you look at it the right way.  Sort of sideways, maybe squint a little.

Totems have always been an iconic part of the shaman, of course.  A shaman drops totems.  That’s what we do.  It’s in our nature, it was one of our equipment slots for the longest time, and in the earliest days of the game we all just sort of accepted that four of our inventory spaces would be taken up by our totems so that we could use our class features.  (We didn’t say anything about it, though, because if we did the hunters would just come in and they were way angrier than us.)  Here we are without our little totem forts that defined the class, visually, all the way through Cataclysm – and as much as I miss it, it’s kind of my fault.

See, our spec isn’t like other shaman specs.  We move.

You chuckle and say “what’s your point” now, and with good cause, but at one point this was a pretty major issue.  For most of the game’s lifespan pre-Pandaria, any shaman worth the name had a fair number of totems to drop at any given time.  Strength of Earth, Grace of Air, and Searing Totem were pretty darn important to drop in quick succession in any situation, they made up a core component of your damage.  (This is also back when shamans needed to juggle both Strength and Agility, also known as the “before times.”)  Which doesn’t sound so bad until you consider the fact that totems do and did have limited range.

For Elemental and Restoration, this wasn’t such a big deal.  Sure, you had to re-drop your totem once you moved out of the bad (and you did move out of the bad, right?), but for the vast majority of a fight you just needed to refresh their duration.  By contrast, on movement-heavy fights, Enhancement was either eating up a bunch of time re-dropping totems to benefit the group or completely ignoring totems and making both their own DPS and that of the rest of the group somewhat worse.  I say without pride that there were points on the Grobbulus fight in Wrath of the Lich King when I wouldn’t bother dropping more than Strength of Earth, because most of my raid group’s DPS was melee and that was a more consistent boost over the spiky Windfury Totem.

Of course, this just highlighted some of the weirdness inherent to totems.  Totems were always kind of a weird thing, because they were meant to be targetable and destroyable without being terribly robust.  They offer buffs, but only within the given area of that totem.  For some reason, they stuck with the five-minute timer even as Paladin blessings (originally a mechanical parallel) became longer lasting. 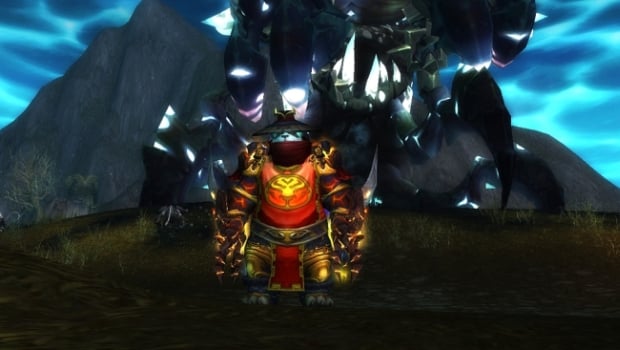 But I think that need for mobility is a big part of what led the designers to finally decide that these things are not actually accomplishing their goal.  Cataclysm‘s use of totem sets made it much easier to drop a group of totems on point, but also made it very clear just how powerful totem forts could be.  The increasing streamlining of the game meant going in a different direction, and I honestly think that reconciling a version of totems that works with the problem of making them mobile is part of why the powers that be decided that totems just work better as cooldowns for short durations, which is how some of them had always worked.

And really, as much as I loved my aforementioned totem forts, I have to admit that there’s a lot of logic to that.  It makes much more sense to have two or three big buffs than dozens of little buffs, especially when balancing classes against one another.  Fewer buffs to tweak means that it’s easier to make sure everyone’s hitting around the right level.

Now that we’ve come this far, though, I almost wonder if it’s time for Enhancement, if not the class, to jettison totems altogether.

The problem with totems is that not only are they still not mobile, they’re less mobile than ever.  Back when we were dropping individual totems like animals, I could theoretically drop two totems with the casters, run into melee, drop two totems there, and everyone would get the benefits most relevant to them.  At this point, with the incredibly short duration on most totems, that simply isn’t possible or useful.  I drop a totem, it does a thing, and then it evaporates.  Only elementals hang out for longer than a few seconds, and those are demonstrably less useful as totems than just as temporary summoned pets.

Searing Totem is still a core part of my life as an Enhancement shaman, but that’s just because it’s about the only totem I can drop with some lingering effects.  The rest of my totems are just cooldowns, and if the effect of those totems were centered around the shaman at the time of use, there would be very little functional difference.

Totems are, of course, still an iconic part of the class.  The idea of a shaman without totems seems silly.  But imagine for just a moment that the level 45 talents for Enhancement, at the very least, provided some sort of actual benefit.  The only useful pick in that tier is Call of the Elements, and that’s functionally a minor utility cooldown reset.  Totemic Persistence is a talent that allows you to place two utility totems in slightly quicker succession, and Totemic Projection feels like an answer to Wrath of the Lich King‘s problems long after they ceased being relevant.

If we’re talking about smoothing out some of the jankiness of the current state Enhancement finds it in, we have to question what benefit having separate totems actually does for the class.  The choice between Searing and Magma Totem is the closest thing we have to a question when it comes to AoE damage vs. single-target damage, and it’s a fairly minor one; neither ability deals a lot of damage either way, they’re just one of the many thousand cuts we use to whittle things down.  Stormlash Totem gave us something to use in that air slot, but that’s gone now, isn’t it? 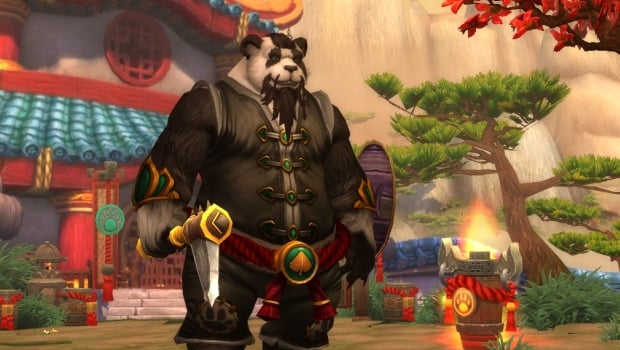 As long as we need to be mobile, and that seems unlikely to change, we are our own best argument against having our totem forts back.  There’s no way we can make our little piles of buffs attractive again, and odds are much higher that we’ll forever be using totems as minor cooldowns for the rest of the game’s lifespan.  No one’s turning back the clock on that particular innovation.

So it seems like now is as good a time as any to say that totems just aren’t serving much purpose any longer.  It’s rare to have more that one totem out unless you like having multiple totems glyphed (which I do), and if nowhere else, Enhancement could benefit from not having to think about them any longer.  Much like Bloodlust, the temporary buffs we provide could just as easily be cooldowns centered on the shaman, if indeed we still really need some of them with the trim.

The one argument against ditching totems is, as I mentioned, that they’re iconic.  But they’re iconic chiefly because World of Warcraft decided they were iconic; Thrall isn’t really known for leaving a littering stream of totems along the way as he hits people with a hammer, after all.  Removing them from general circulation would sting at the time, but it’d probably make little difference after players had gotten accustomed to their absence.

At the end of the day, Enhancement has always had an odd relationship with totems, and the current state of totems on the class just makes them feel a little more like a burden and a weird reference to a part of the game that no longer exists.  Like shields on Enhancement and Rockbiter Weapon, they’re parts of a design that was really cool back in the day but has since been supplanted by several more design changes, and the spec’s mobility and general nature rails against dropping our little cooldown sticks.  Might as well get rid of them.

Especially because draenei totems are and always have been really ugly.  Seriously, if we’re getting updated character models, couldn’t we get something nicer than those?  Maybe just steal some orc totems and paint them gold or whatever?