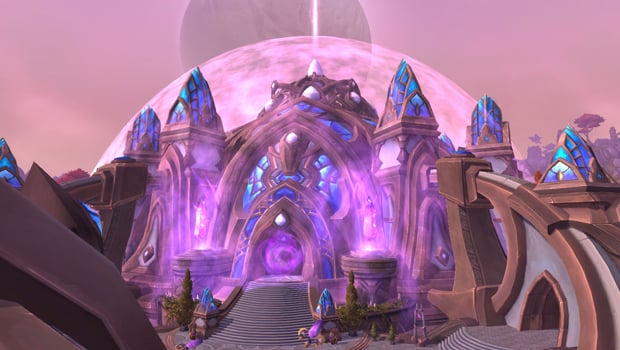 Imgur user Gamerlen put together a pretty remarkable gallery a few days ago featuring some striking comparisons between Draenor and Outland. The gallery highlights some of the very, very visible areas of Draenor, like Auchindoun and the Temple of Karabor, as well as the fate they saw when Draenor shattered into Outland. But even more interesting are the areas we didn’t really think about when we saw them on Draenor.

Coastal zones have simply vanished, the oceans either evaporating into the Twisting Nether, or simply floating out there somewhere all by themselves. The evolution of Draenor’s oceans into Zangarmarsh was definitely a dramatic change as well — all the mushrooms that had previously been underwater were exposed, and the ocean floor became a zone of its own. The Throne of the Elements didn’t see that much of a change, but as it’s located in the interior of Nagrand, which wasn’t touched anywhere near as severely as other zones, that’s to be expected. 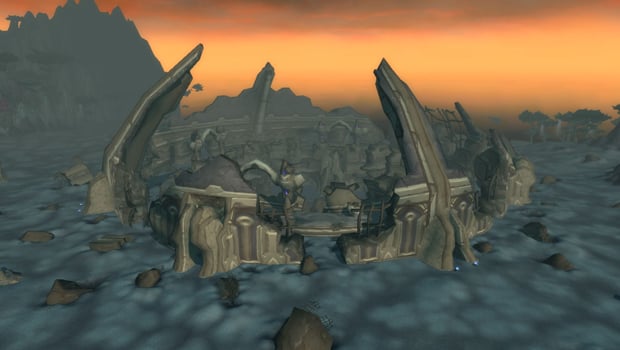 What really struck me, though, were the ruins of former Draenor cities. You don’t really think about it when you’re questing through Embaari village, but the remains of the village do, in fact, exist in Outland as the Ruins of Baa’ri — pretty much a wasteland and with only the smallest of remnants to suggest it was once that really nice village we help out in Warlords. Hallvalor looks entirely different, too, the lava pool apparently being sucked into the ground below as the buildings rose up out of it. And then we’ve got Tuurem, which seems pretty much destined to become a ruin no matter which universe we happen to be visiting.

It’s a pretty cool gallery, I’d love to see it expanded with some shots of Blade’s Edge, Frostfire Ridge, and Gorgrond. You can check out the entire gallery, as well as commentary from Gamerlen, over on Imgur.

Blizzard Watch is made possible by people like you.
Please consider supporting our Patreon!
Filed Under: Draenor, Imgur, Karabor, Nagrand, Outland, Warlords Of Draenor, Zangarmarsh
Advertisement