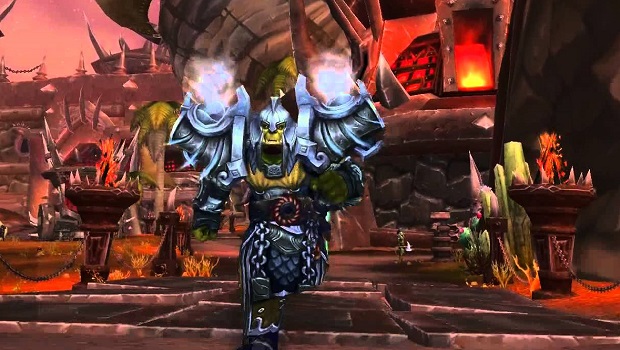 Who should get tier tokens first? This week on OQ, one guild’s raid leaders give them to tanks and healers, but a raider disagrees — plus losing your spot on a PvP team and finding a guild that raids at the times you prefer.

Hotwookieluv asked
My guild is on the verge of killing our 2nd tier token boss in BF. We have traditionally awarded loot based on a combo of need and who has won gear recently. I would say about 6-8 players have their first tier tokens so far. Anticipating the 2nd piece dropping soon, the raid leaders have decided that the 2nd piece will be awarded only to tanks or healers who already have their first piece, so they can benefit from the set bonus. Their idea is that empowering the tanks and healers helps the whole raid more.

It makes sense to me that we give the raid some tier bonuses, but I think the decision to favor tanks and healers is based on a fallacy in the community that tanks and healers are the more important parts of the trinity. […]

What do you guys think?

This is the problem with “loot council” systems: players will always disagree about the best way to distribute items. Tier tokens are the most desirable loot, even beyond weapons and trinkets usually, so of course debate about the proper distribution of tokens becomes fierce.

Since I’m assuming you’re not part of the leadership or the “council,” all you can do here is voice your opinion and then abide by their decision.

However, I do agree with you that gearing up tanks and healers first is a bit old fashioned nowadays. For most bosses in early WoW, enrage timers weren’t your top concern and most wipes occurred due to tank deaths and/or inadequate healing. Today, gearing tanks and healers only helps with some fights. Tank gear is important for Gruul, for example, while healer gear is important for Kromog and Iron Maidens. But some bosses require good DPS — like Thogar, where burning adds fast is vital, or Blast Furnace, where better DPS directly translates into less raid damage. Every encounter requires competent DPS.

If your raid uses a loot council, a better policy might be to figure out which 2-piece bonuses are strongest and prioritize those specs first. Granted, your loot council might have the opinion that your guild’s DPS is strong enough already and their bonuses are just icing on the cake, while your tanks and healers need more help. It’s impossible for me to say what’s best for your specific raid team.

tisnas asked
I have been in a guild for the past 6 years. we went from a raiding guild to a pvp guild during mop, as of this I didn’t participate much in regards to pvp with the guild. however this expansion I told them that I would get to lvl 100 the first day (which I did) and then do pvp to get my gear as long as I had a spot on the team for the first season (they had been asking me to join the team). I got my gear and then we started the season and all was good until my internet had to go down for a day which was the pvp day, I emailed the guild leader from my phone and explained what was going on. the next week I was told that I have been dropped from the team and the person who was my fill in has taken my spot. I wasn’t an abusive person in Skype I did my job and when I needed help I would say, so what did I do wrong to be kicked as I thought I had done everything that was needed. its gotten to the point I may leave the guild for a friendlier one who would take me on there team.

Sorry this happened to you, Tisnas. It’s not very fair that they replaced you after missing one day, especially given that (a) it was not your fault and (b) you took the time to notify the guild leader about your unexpected absence. I’m not sure what else you could have done in that situation.

Organized PvP in WoW has become very different from raiding simply by not changing as much. Whereas most raid difficulties are now flexible and missing a run here or there isn’t the end of the world, battlegrounds and arena matches still require specific numbers.

Even so, I don’t like the way your guild handled this situation. I imagine there is an underlying reason for this switch that has nothing to do with your one absence, and your guild leader won’t even be honest with you about the reason. Thus, I don’t see any reason why you should stay in a guild that treats a member like that.

Onginess asked
I’m a 657 horde brewmaster (Borrum – Maelstrom) here. I’m on a low pop server that typically has raid groups going 8-11cst when 10-1 CST would be a better fit for me. Where do I go to look for guilds running my time. Would I be better off transferring to a PST server? Right now I usually pug with 2-3 friends, but they seem to be moving on to one of the aforementioned 8-11 guilds. Any advice?

I wouldn’t recommend transferring until you find a guild with raid times that work for you. It’s too expensive to transfer on hope alone. Also, raid times do not necessarily reflect a realm’s time zone. Some realms actually changed time zones when they linked up with other realms (like my realm Khadgar-US did when we merged with Alleria). Most guilds have not changed their raid times just because their realm’s native time zone changed.

Instead, raid with a guild a few times first, make sure you get along with them and enjoy the experience of raiding with them. Then transfer.

I’m sure if you look around you can find a guild that raids at the exact times you prefer. Blizzard still has a Guild Recruitment forum and so does Reddit. Advertise yourself there. Put your preferred times right in the topic. Check out OpenRaid and see which guilds are raiding and in need of PUGs at the times you want. There are probably other tools that readers can suggest — this is not my strongest area of expertise, since I’ve never actually searched for a guild myself. Many guilds are still trying to recruit up for mythic raiding, so now is a good time to look!