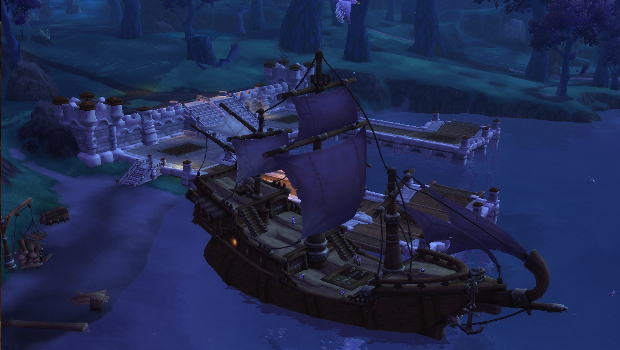 Update: This amount will be lowered in a future PTR build.

When you first enter your garrison on the patch 6.2 PTR, you immediately get notification of a new quest to speak with either Vol’jin or Varian Wrynn, depending on your character’s faction. The leader of your faction made another trip out to see your garrison and help you begin the assault on Tanaan Jungle. But you can’t just waltz in through the land gates. No, for this enterprise you’re going to need a boat. Luckily, your flight master Dungar Longdrink or Bron Skyhorn know just where to find one. They fly you out to the Iron Docks on request.

After you land at the Iron Docks and rendezvous with your strike team, you’ll have to find some explosives to blow up a train car, hopefully without killing Solog Roark. Solog knows all about building boats, but needs some blueprints first. You get to rappel up to the foreman’s office and kill him in order to get your shipyard plans, then port back to your garrison.

When you get back, Solog will survey the water near the site you ran aground when you initially fled from Tanaan. He then demands 5,000 garrison resources in order to build your new shipyard. 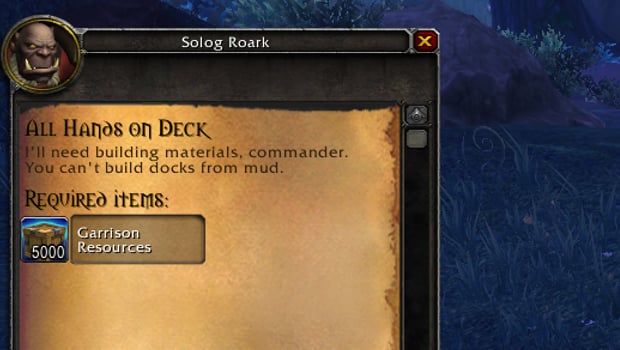 The shipyard is built instantly, but you don’t have any boats yet. Solog hands you the plans you salvaged from the Iron Docks, which you learn like any other recipe, and then asks for an additional 1,000 resources in order to build your first boat, which takes 1 minute to complete, making for 6,000 resources total. Note that this is an early build of the PTR and numbers might change before the patch is released.

After this boat is built you are directed toward Khadgar and the rest of your faction’s invading force, who have made their way down to your shipyard’s docks. It’s time to take the fight to Tanaan Jungle!

Alternately, if you just want to run to Tanaan to pick up a few rares or battle pets or don’t have the 6,000 resources to drop right away, you can always just swim in instead. 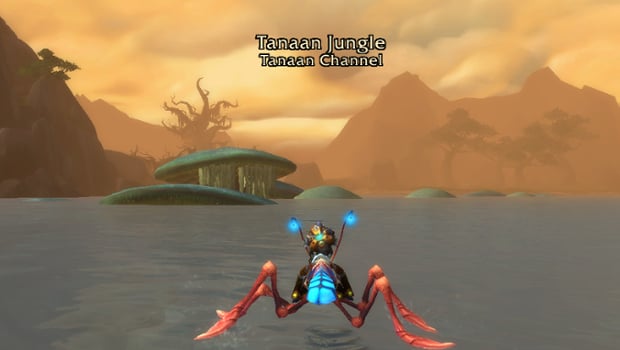 You can double back and do the Iron Docks stuff later if you do choose this route, but until you do so you’ll be restricted from questing through most of the Tanaan story.