Kael’thas is the newest addition to Heroes of the Storm 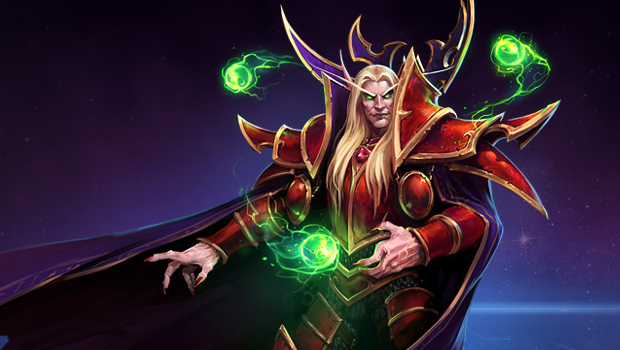 With a single iconic line and a very short, fiery video, the Heroes of the Storm team has announced Kael’thas Sunstrider as the latest Hero to join the fray in the Nexus.

.@Warcraft was only a setback. pic.twitter.com/l8m3ocsrX0

Best known for his turn in World of Warcraft as the end boss in Tempest Keep, and also his re-appearance at the end of Magister’s Terrace, the former leader of the blood elves is sure to be a dynamic, flashy Hero. He has his signature appearance from Warcraft 3 and Tempest Keep, though we’re sure to see some cool skins for him.

He was first announced at PAX East 2014. His abilities at that time had a distinct fire theme then, which seems to continue, if the video is any indication. If you have questions about just how Kael’thas will work, Blizzard will be holding a Kael’thas Q&A on Reddit next Tuesday, May 12th, at 2:30 PM PST.

There’s no word yet exactly when he will be playable, but with just a couple weeks to go until open beta on May 19th, this time you will not interfere!

Blizzard Watch is made possible by people like you.
Please consider supporting our Patreon!
Filed Under: Heroes-of-the-storm, Kael’thas, Kael’thas Sunstrider
Advertisement