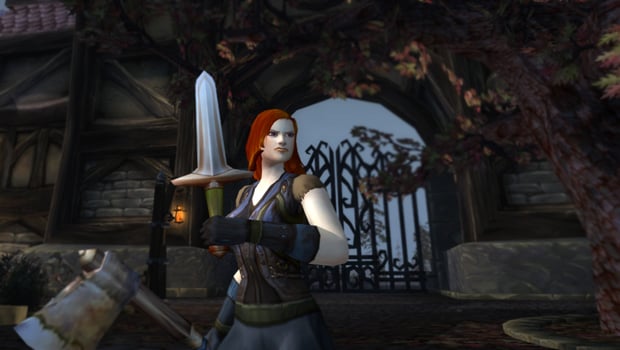 Last week, we took a look at a few roleplaying addons that are not only pretty popular among roleplayers, but incredibly useful to have around. The best kind of addon to have is one of the roleplaying profile addons I mentioned. This isn’t just because “everyone is doing it,” but because with this addon, you can tell at a glance who is a roleplayer, and who might not necessarily be interested in roleplaying. Although there are plenty of servers out there that are designated specifically for roleplaying, it doesn’t mean that you’re at all obligated to roleplay if you happen to create a character on that server. Players who aren’t interested in roleplaying likely aren’t going to have an addon like this installed, and there may even be some roleplayers out there who don’t have one installed, either — but if someone does have a roleplaying profile that pops up on your screen, you know for certain that they’re a roleplayer.

But this isn’t a one-way street when it comes to being handy. By filling out your own roleplaying profile, you’re letting people know that you’re up for roleplay too. And beyond a simple at-a-glance way to tell who is and isn’t a roleplayer, the profile addons also give you a way to impart some crucial information to your fellow roleplayers, so they have a general idea of how to approach you, and vice versa. All of the profile addons out there have the same basic sections, so we’re going to go over what you want to look for when you’re filling one of these out — and what you want to avoid. 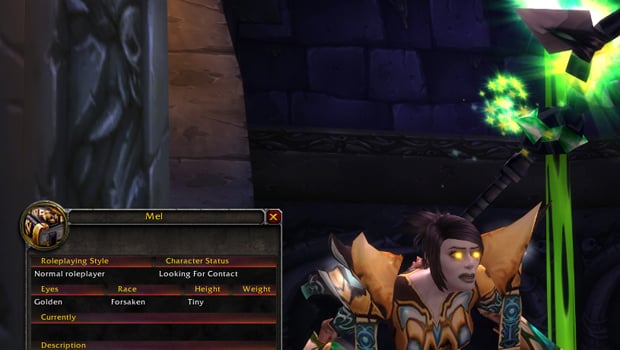 Every addon has a set of basic information to fill out — the screenshots you see pictured here are all from MyRoleplay, for reference. Basics usually boil down to typical characteristics like height, weight, eye color, and race to name a few. The new character models are cool, but they aren’t quite as customizable as they could be, so if your character has an eye color that’s different from the model, you’d want to fill this out. The same goes for race — a worgen character, for example, might simply list themselves as human, or an elf might choose to play a half-elf, that sort of thing. These sections are mostly optional, you can fill them out if you feel it necessary, but it’s not a requirement or anything.

And the same goes for height and weight, too. We really don’t have any kind of canon size chart for Azeroth races, so while you can put some exact numbers in here, you can also opt for descriptors like short, average or tall, heavy or light — it’s up to you. There is usually a section for age as well, which is where the timeline reference guides come in handy, just to make sure you’re picking a logical age for your character. Home is simply where your character calls home, birthplace is where they are born.

You can have a little fun if you’d like to, when it comes to names. Obviously names in World of Warcraft are on a first come, first serve basis, and are subject to certain rules — you can’t put special characters in names, nor are you allowed to have last names. But roleplaying profiles are a separate addon, and you can pretty much change your name to whatever you’d like. Give your character a last name if you’d like to, throw in some apostrophes if you feel the need — it’s all up to you! 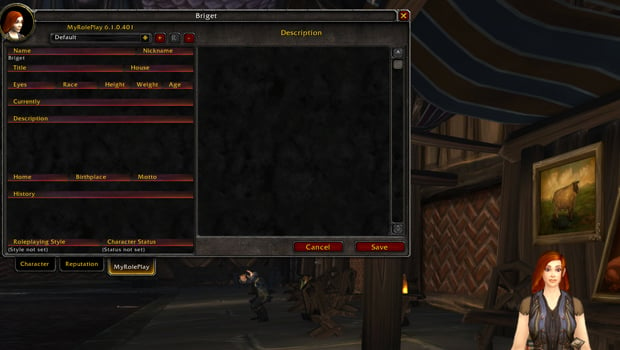 Avoid mentioning your character’s history in this section, since nobody is going to be able to determine your character’s life story simply by looking at them — not to mention there’s another section for exactly that purpose! You also want to try to avoid anything that could be considered “godmodding” — this means writing other player’s reactions for them, instead of letting them determine their reactions for themselves. Sentences like “You shiver, frightened by this warrior,” or “One look at this elf makes you fall in love,” or “The gnome turns and looks at you, leaving you flustered,” can all be considered godmodding, and should pretty much be avoided. Let people read your description and decide how they’d react to it — don’t make those decisions for them. 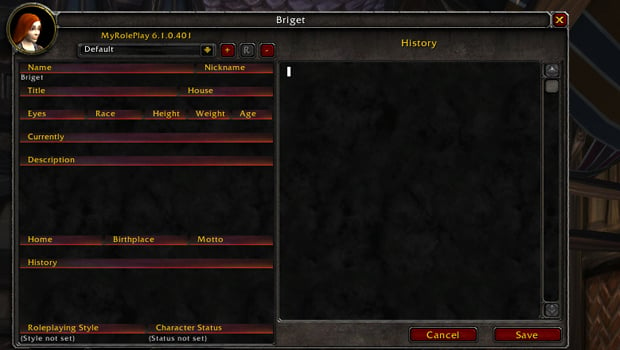 The history section is another gigantic blank slate that you can fill in with whatever you want — this is where you can happily fill in as much or as little of the backstory for your character as you want. Where they were born, how they got to where they are, what they are up to in Azeroth, any critical events that happened along the way, this can all go into this section. But here’s what you want to keep in mind when you do this — anyone that reads your profile can also read your character history.

This means that if you’re wanting to use any of that past in upcoming storylines, people will already know about it going in. Obviously the character your fellow roleplayers are playing isn’t going to know this information right off the bat, but the player is. And if your character has any kind of big, hidden secrets that they don’t want people to know, or anything you want to use as major reveal, plot wise, maybe it would be better to keep that information to yourself — the better for a big reveal later on.

And again, all of this information is optional — if you would rather not share your character’s history, you don’t have to. You can leave the entire section blank if you prefer, and simply let people find out about your character’s past through roleplaying, rather than reading about it via an addon. Nothing in any of these profile addons is necessarily required — it’s there to give people an idea of just who your character is, and determine whether or not their character would go say hello.

But remember, it’s also there for you, too. Having these addons allows you to take a quick look at what other people’s characters are like before you walk up and start chatting away, an idea of just how your character is going to react to what they see. And if you can’t think of a way to break the ice and start a conversation, reading someone’s description can often give you some sort of an opening to do so — a reason for your character to walk up and start talking.