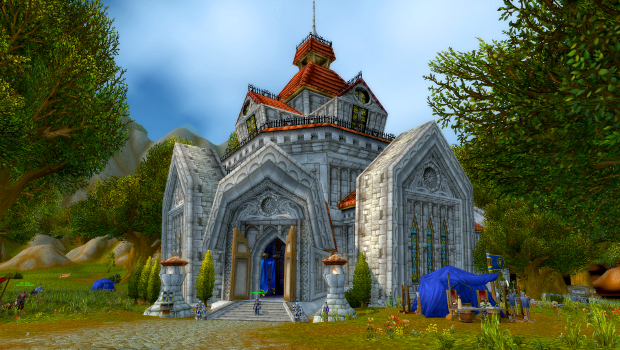 Skimming through /r/wow I found this post touching on a post topic that I had been kicking around in my head for the last few weeks. The idea of the post was “How do you first jump into the piranha-infested waters that is tanking for other people?” and the general advice of the post is “close your eyes and jump in.” That’s really all there is to it, technically. Except things are never really that easy, are they? Also this site expects more in a post than just a single paragraph.

As the OP in that WoW subreddit post notes, it’s really hard to just up and start tanking for strangers for the first time. Tanking requires a lot from a player, especially when the group is all-too-happy to hoist responsibility for the success of the group right onto your potentially uncertain shoulders. New tanks have to struggle with not only managing the performance of their own character, but also guiding their groupmates through their performance as well. 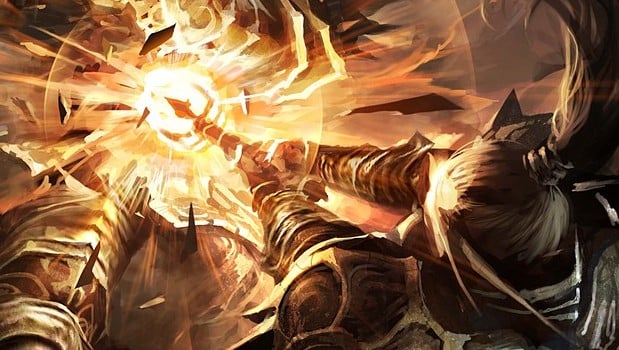 What’s on the tank’s plate?

Think about what a tank is expected to bring to pugged dungeon content. First and foremost, they need to know how to tank – as in, the mechanics of how to perform in combat as a protection paladin (or, I guess, one of those other benighted tanking specs). This means they need to know how to conduct their rotation to reliably build and hold threat, how to execute a taunt properly, how to interrupt, and how to use cooldowns to stay alive when things get hairy. Behind the scenes, they need to show up correctly talented, glyphed, and so forth. This is all fair, of course.

Outside of their own immediate hitbox, a tank’s concerns multiply. The tank needs to be prepared to keep an eye on the healer – their health, their mana, their range – so they don’t get themselves or the healer killed. Further, the tank needs to learn how to have a good feel for the capabilities of the DPS players. Specifically, the tank needs to figure out as early as possible the best pace for pulls (so that DPS don’t get antsy and start running ahead to start trouble) and how prepared DPS players are to actually assist with certain encounter mechanics (e.g., how much help they’ll be with interrupts).

Then beyond the group, the tank needs to be familiar with the ins and outs of each and every encounter that is, well, encountered. And beyond that, the tank needs to be intimately familiar with the most efficient way to run a particular dungeon. For example, I do not envy the first time some tanks ran Everbloom Wilds, only to get excoriated for not intuiting that in one spot on the map you could run up a slope and skip around a few pulls. Running heroics on alts, I’ve seen more than one tank get yelled at for not emerging from the womb with that knowledge pre-programmed, and that was only a month or two into Warlords of Draenor. 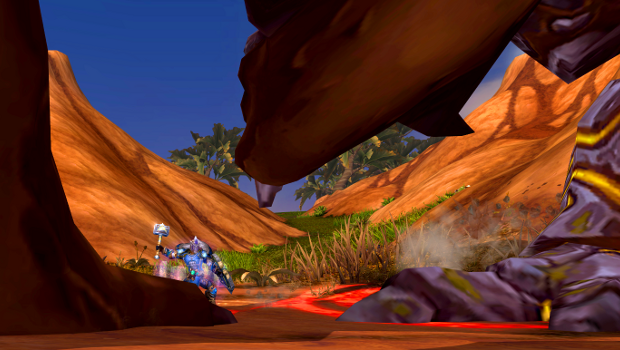 So, how do you actually learn how to tank for a group?

Some tanks, like myself, were blessed to have the opportunity to ease into tanking on their own terms and with the assistance of friends. I first started tanking at level cap in Burning Crusade, running dungeons with the same four friends over and over as we accumulated dungeon set pieces and geared our way up and into heroic dungeons. However, not everyone is so lucky to have a safety net like I was able to enjoy.

Many folks have to start at the bottom, and get by with little to no help from their friends. For those brave souls, the best advice I can offer is that the old saying still rings true – how do you get to Carnegie Hall? Practice, practice, practice. Even with a friendly audience, I still enjoyed my fair share of stumbles. The trick is to climb back up off the floor having learned something new each time.

Most importantly, you want to be on top of your own character and specialization. Read the 101 posts and walk into the dungeon portal with your talents, glyphs, gear, action bars, etc., all set and ready to go.

The next level of preparation is being ready for the content that you’re thrown into with those four strangers. No matter how unfair it may seem, the tank directs the group (excepting the case of a pull-happy DPS) and it’s imperative that as a tank you can guide the group through the dungeon, knowing in advance how to kill each boss.

It’s not generally on you to explain each boss fight, but it is definitely on you to know what path to follow through a dungeon and what to do on each boss so that you won’t be killed by the encounter mechanics. DPS have enough redundancy built in that they can absorb a few “oopsies”; with only one tank player per group we do not have the same luxury. 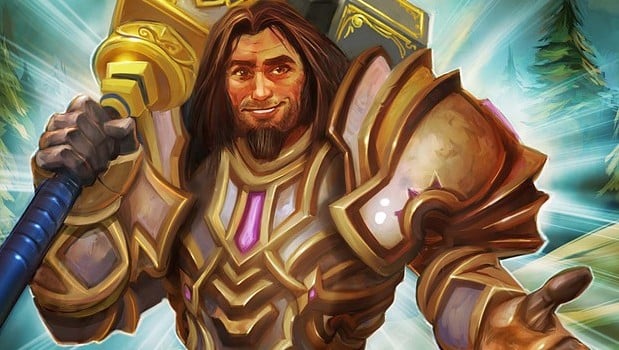 Likewise, you’ll find it’s really helpful to be ready for any surprises. Nothing can mess up a good tanking flow faster than being caught off guard by an unexpected patrol or a rush of adds in a boss fight, and suddenly the healer is swarmed. Read the dungeon journal in advance to make sure you know exactly what is going to happen in an encounter, and be mentally prepared to react if something goes horribly wrong during a fight. Because eventually it will.

It wouldn’t be a terrible idea to first run a dungeon as a responsibility-free DPS to get the lay of the land down. This allows you a stress-free way to absorb how encounters are executed and what to expect over the course of the dungeon.

On the other hand, I want to recommend the exact opposite when it comes to content before max level. If you’re starting out a new character you ultimately intend to tank on at max level, get out there and tank from level 1 all the way to 90. While it’s going to hurt dealing with the growing pains of a slowly expanding toolbox, nothing will ease you into tanking than steadily dipping each successive toe into the pool. You can learn the ins and outs of each ability as they pop up in your spellbook, and avoid getting overwhelmed with the equivalent of suddenly having a complete ratchet set throw in your lap at max level.

Lastly, and perhaps most importantly, don’t forget about one of your most important cooldowns in group content: a thick skin. People are likely going to be a jerk to you when you are first starting out. You’re going to make mistakes and there’s nothing that the self-assured know-it-alls that multiply in every dark and moist corner of LFG like more than harping those mistakes. If the group is impatient and/or unkind enough, you may even get vote kicked. It sucks, it’s a fact of life, and it’s why they pay us the … oh, right. But mentally preparing yourself for that first poorly written put-down can take some of the sting out of it.

I don’t want to say you should just deal with it, though, because obviously everyone handles criticism (constructive or blistering unconstructive) in their own way. I definitely don’t care to deal with toxic behavior from players, and neither should you if don’t want to. Don’t feel like dropping group is ever not an option if those you are stuck with are not worth playing with. Don’t ever forget that WoW is a game and there’s absolutely no reason that you should feel like you deserve to be treated terribly because of a mistake. Just go cool your heels for a bit and try again with a fresh group, armed with some more knowledge and practice than you had the last time. 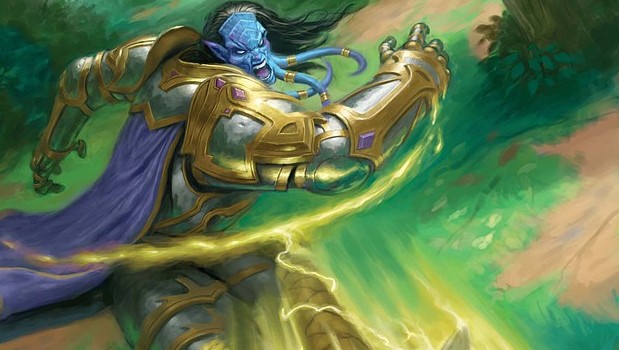 Somebody has to do it

The fact of the matter is that when it comes to tanking, it’s a dirty job, and not many people want to do it. But somebody has to in the end. There’s a reason the game has to bribe people to even check the little box under that shield icon on the LFG window sometimes. I wish I could say that there’s some kind of deeper enlightenment that comes with becoming comfortable tanking for a group. When the group you are playing with is supportive, there definitely is, but that can unfortunately be all too rare to find outside of a guild environment.

However, I suppose there is definitely a certain satisfaction to be had in dragging a group of ingrates across the finish line, after you have spent every ounce of blood, sweat, and mana to give your all to the success of the group effort. There’s a quiet (masochistic) dignity in tanking, for sure. But once you get the hang of it, it feels pretty great to stand in front of a group of players that are depending on you and to know that you are the bright, shining bulwark between them and endless repair bills that they likely deserve anyway because that one mage kept yelling GOGOGO when you first zoned in.