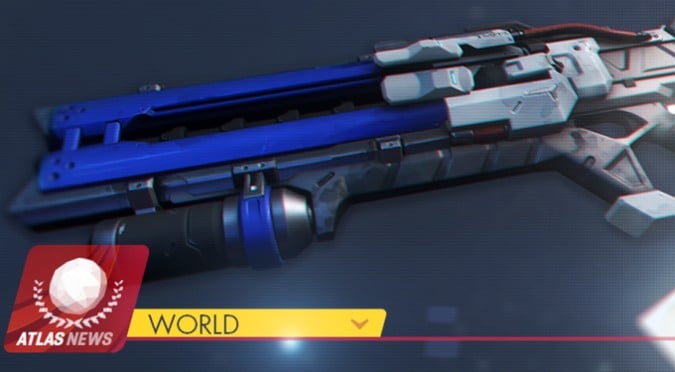 I have to admit I was a little surprised to see Overwatch’s latest news release about an attack on Watchpoint: Grand Mesa, pretty much because the news report came from the town I live in, and that Watchpoint is located on the mountain range across the valley from the mountain I live on. I see it every morning when I wake up and grab my coffee. But that’s really beside the point here, because the news post seems to be a continuation of a slow new hero reveal that began a couple of teasers on Twitter this week. The background on the official Overwatch page has changed, too, showing a new figure on the right-hand side of the screen. Is this our mystery man? The shadowy figure managed to get away with a weapon, and apparently had all the hallmarks of someone with advanced military training.

In other words, it looks like we’re definitely looking at a new hero reveal coming soon — when, we don’t know, but maybe we’ll see more at Gamescom 2015 in August, or we might just see something a little sooner. In addition, it’s possible there may be a new map or maybe even two on the way — Watchpoint: Grand Mesa is a likely suspect, and clicking on the larger view of the map on the news page reveals another location in South America called Arequipa, along with Watchpoint: Gibraltar. I have to admit I’m more than a little interested in seeing if, and more importantly how, they turn my dad’s favorite spot for fishing into a map for the game. The Grand Mesa has been often touted as being the largest flat-topped mountain in the world, but let me tell you, the drive to get up there is anything but flat.