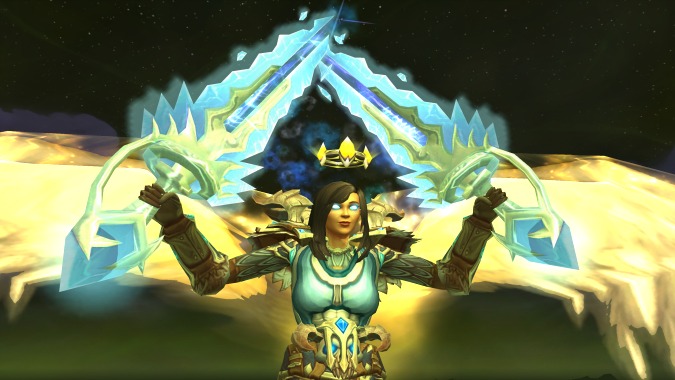 Before I begin today’s column: A sincere apology to all readers who have been patiently waiting for another installment in the Plaguebearer series. Real life raiding and balancing acts tend to take priority over my ability to discuss and analyse the state of our beloved class and as loath as I am to miss a scheduled column, circumstances beyond my control necessitated it. Nonetheless, some might argue that this particular column’s delay was fortuitous given the rather tumultuous experience that Death Knights have undergone in the three weeks since the release of Patch 6.2. Now that the tide of change seems to have abated (for now!), it’s time to take stock of where we stand this patch. 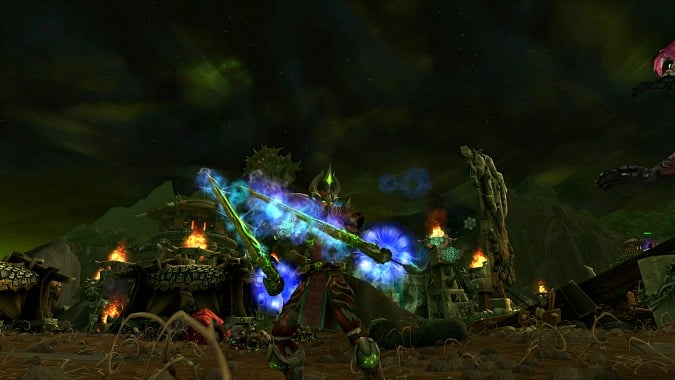 Even without the hotfixes that followed the patch going live, Death Knights were slated for a number of changes going into 6.2. These changes also underwent several iterations over the course of the 6.2 PTR cycle, and it’s no exaggeration to say that the end results for at least one spec were quite different from what I expected them to be at the start of testing. It’s also worth noting that itemization — in particular, trinkets — underwent a number of changes as well, and that this had a significant effect not only on how the class geared but also how specs stack up relative to one another.

As I mentioned in an earlier column, 6.2 heralded the death of the Chains of Sindragosa playstyle for Blood DKs. Overpowered damage aside, I consider the loss of Chains to be a great pity for the future of Blood. Not only was it one of the few playstyles that offered a meaningful tradeoff between survival for more damage, but it also offered an alternative to the fairly boring and monotonous rotation that Defile-centric Blood builds have now returned to. Breath of Sindragosa is still worth using for Blood, but is far more prone to RNG — indeed, it is inadvisable to attempt making proper use of this talent on most Hellfire Citadel encounters until obtaining at least 2500 Multistrike on gear.

The patch also contained a relatively minor nerf to the Necrosis passive for Unholy DKs. This, along with similar adjustments to attuned stat passives for multiple classes, was stated by Blizzard to be in the interest of better balancing stats. Personally, I am unable to see the logic behind this specifically for Unholy DKs — Multistrike’s valuation as a stat, while good, was never far beyond most other stats (excluding Haste, which is an entirely separate discussion). The fact also remains that regardless of the nerf, it continues to be our top stat for single-target damage.

Finally, 6.2 contained extremely hefty buffs for Frost DKs. At the start of the PTR cycle, these included buffs to the total damage of Obliterate, Frost Strike and Howling Blast, along with the Reaper’s Harvest trinket showing itself to grant an incredibly large amount of damage for Two-Handed Frost. Many theorycrafters at the time commented that this likely meant the near-complete death of Dual-Wield Frost for the expansion, and also lamented the fact that Frost AoE still seemed fairly weak compared to Unholy.

Shortly before the patch went Live however, some dramatic changes occurred with Frost: First, Reaper’s Harvest received a substantial nerf and thus no longer guaranteed Two-Handed Frost’s unchallenged supremacy in single-target damage. Secondly, Howling Blast received a second major buff that raised its Area of Effect damage from dealing 50% of single-target damage to the full 100% — this was monumental, if for no other reason than the fact that Howling Blast dealing full damage to all targets hadn’t been seen in the game since early Cataclysm. Finally, Frost Strike received a massive buff for Dual-Wield only, thus giving it a considerable boost to its single-target damage. 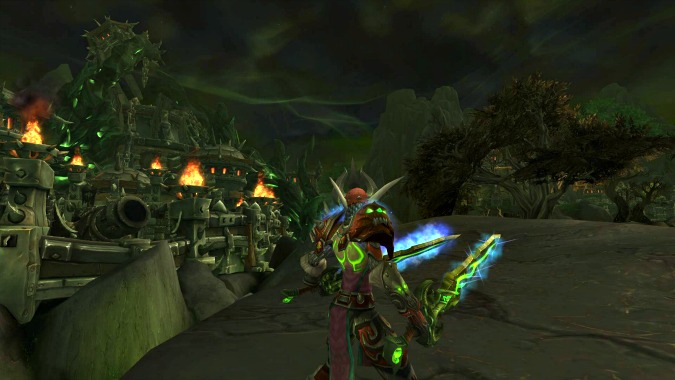 Unfortunately, it became obvious quite quickly that DW Frost hadn’t just been buffed well — it had been buffed too well. Although I am a vocal advocate of waiting for sufficient quantities of parses to be gathered before buffing or nerfing specs during the early stages of a patch, the incredible lead possessed by Frost DKs over nearly every other DPS counterpart on patch day (assuming competent play, of course!) was undeniable. Blizzard was swift to react, and announced reversions to the original Obliterate, Frost Strike and Howling Blast buffs from earlier on in the PTR. However, the considerable boost to Howling Blast and the Dual-Wield only buff to Frost Strike were allowed to remain.

Blizzard’s decision to announce hotfixes so quickly was further vindicated by the fact that these hotfixes did not actually take effect until the reset that occurred on the following Tuesday — this allowed for a full week’s worth of Normal and Heroic difficulty parses to be accumulated, and definitely proved that Frost’s lead in DPS was by a considerable margin. All in all, despite many of the buffs being reverted, DW Frost is a very powerful spec in Hellfire Citadel at the moment.

But what about Unholy? Some might wonder: Have Unholy DKs simply traded places with Frost, and been resigned to languish in the shadows as Frost did in Tier 17? Fortunately, the answer to this is a very firm no. Unholy continues to hold its own on single-target damage, and indeed excels at sustained AoE compared to Frost due to the potency of Wandering Plague (i.e. the bonus granted to it by the Reaper’s Harvest trinket). Indeed, Wandering Plague was so powerful when paired with Necrotic Plague that Blizzard nerfed its chance to proc by a whopping 60% in a hotfix. While I was quite irritated by the lack of communication or foresight that resulted in this nerf, I will concede that the trinket is still incredibly potent for Unholy.

It is also worth mentioning two other trinkets that underwent considerable iteration, both on the PTR and in rapid hotfixes: Empty Drinking Horn (Mannoroth) and Discordant Chorus (Fel-Lord Zakuun). Both trinkets received substantial buffs near the end of the 6.2 PTR process, but were revealed to be considerably overpowered in the damage gain that they yielded — not solely for Death Knights, but also for Retribution Paladins and DPS Warriors. The Empty Drinking Horn trinket initially received a partial reversion of its buff on the PTR, and was then further hotfixed on Live to allow its Fel Burn effect to only build up to a maximum of 30 stacks down from 50. Fortunately, the latter nerf was more aimed at reducing its potency for other classes than for Death Knights. Discordant Chorus, in the meantime, was also subjected to a fairly harsh 50% nerf via a hotfix to its damage. While I admit that the gain from Empty Drinking Horn was fairly ludicrous in its original state, I cannot help but wonder if the pendulum may have swung in the other direction for Discordant Chorus. Don’t mistake me, however: Both trinkets are still incredibly strong (no pun intended) and more than earn their spot for our class.

What about Blood, you ask? Unfortunately, the nerfs to both of the aforementioned damaging trinkets removed a great deal of the potential for Blood gear offensively and partially make up for the damage lost due to the Breath of Sindragosa nerf. From a more mitigative standpoint, the only trinket from Hellfire Citadel that is truly worthwhile to Blood is Anzu’s Cursed Plume (Shadow-Lord Iskar); every other “Tanking” trinket from there, including Reaper’s Harvest sadly, either doesn’t gel well with Blood’s mitigative system or provides a far lower benefit than the Tablet of Turnbuckle Teamwork from Blackrock Foundry (which is the other trinket that mitigative-based Blood DKs will favor this patch). 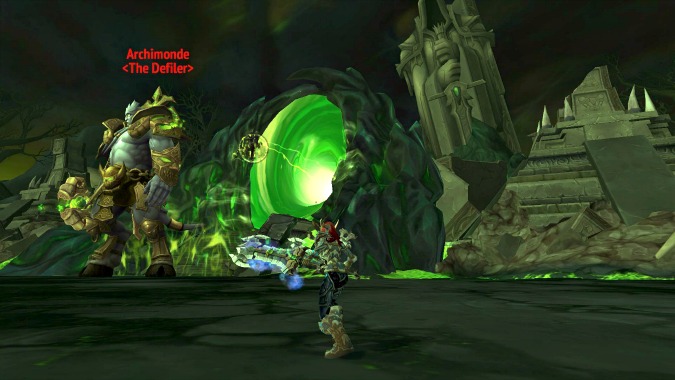 So, all things considered, what’s the current prognosis on the 6.2 Death Knight? Both Frost and Unholy DKs are in strong spots as far as damage. I often read forum posters complaining about how they’re beaten by Arcane Mages, Combat Rogues or Arms Warriors, but I would point to the fact that the “problem” here is more likely that these specs are overpowered themselves — and that, far more importantly, skill and play have a much more important role on individual cases than the types of stack rankings that Warcraft Logs is guilty of. On the whole however, DPS DKs have little to complain about: Both by virtue of their strong damage potential and the existence of Gorefiend’s Grasp (mandatory on several encounters this tier), no serious raid group would deny a DPS DK their rightful spot.

The prognosis for Blood is a little gloomier: It’s not that Blood is especially bad at its role, so much as the fact that Guardian Druids and Brewmaster Monks (the latter with their absurd four-piece bonus) tend to excel over it. Personally, I find it quite disappointing that both the tier bonuses and Reaper’s Harvest offer mediocre gains to Blood, with the two-piece bonus being the only thing given serious consideration, and that too largely as a result of decent stat itemization on the pieces themselves. While I have further thoughts on Death Knights this patch, they will have to wait for Plaguebearer’s next edition.