Lightsworn: Holy Paladin tips for Hellbreach and Halls of Blood 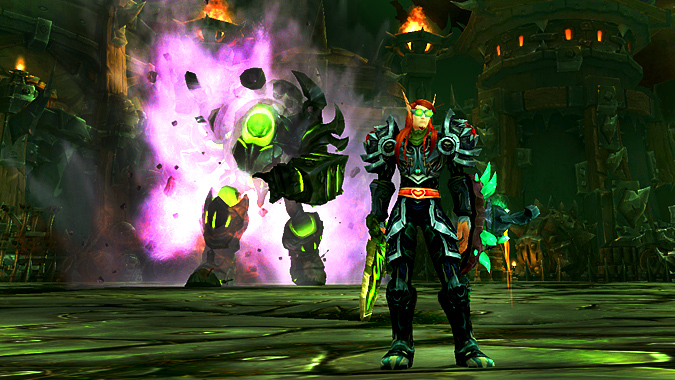 After Blackrock Foundry, I’m sure you’re ready to fight some bosses who aren’t orcs. Well, it’s your lucky day! Only 3 of the first 6 encounters in Hellfire Citadel are orcs.

Actually, wait. Iron Reaver is a robot, but it’s piloted by an orc. And Hellfire High Council is actually three orcs. And Gorefiend may be all demonic now after consuming hundreds of draenei souls, but I suppose he’s still an orc at heart. So make that 5 of the first 6. Hm.

…let’s get to those Holy Paladin tips, shall we? 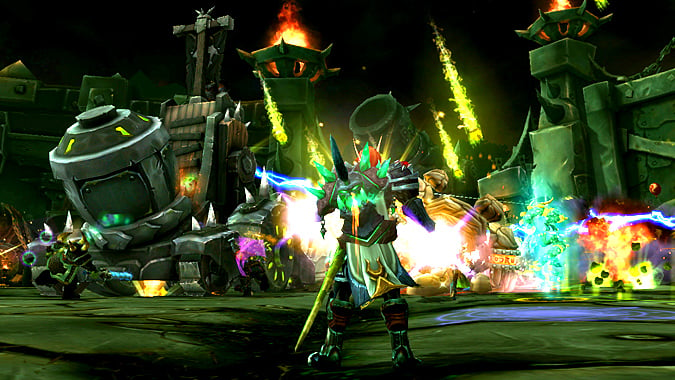 Adds, adds, adds. This encounter has no actual boss, instead hurling wave after wave of fel orcs and siege machines at your raid. While simple mechanically, it can still get pretty chaotic if your DPS aren’t killing the right targets or prioritizing the right adds.

Our biggest concern will be Gorebound Felcasters, whose Felfire Volley casts will hurt the entire raid. While these adds are above 40% health, they can be interrupted, so you should attempt to do so whenever possible — remember that preventing damage is just as valuable as healing it! When a Felcaster reaches 40% health, it will transform into a Gorebound Terror, become immune to interrupts and will start spamming Felfire Volley, resulting in massive raid damage. If the raid is focusing the Terror and killing it quickly, the damage won’t be too bad, but if your DPS are busy finishing off a siege machine or — Light help you — another Terror, pop Devotion Aura.

Be sure to dispel Conducted Shock Pulse quickly, as it is a stun, and always prioritize dispelling healers first, so they can then dispel someone else. Watch out for heavy tank damage while Hulking Berserkers are alive, due to their Slam debuff — be ready with Hand of Sacrifice. 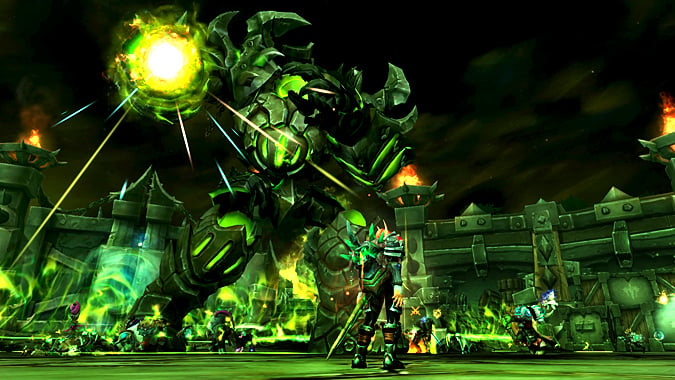 Much of the damage in this fight can be avoided, so if your raid is good at avoiding fire on the ground and giant fel-powered robots hurtling their way, you might be in for an easy time. And if your raid isn’t good at dodging…well, I guess that’s why we’re here.

Spread out so Unstable Orb doesn’t hit multiple people, and stay out of fire on the ground. Move in close to the boss — Iron Reaver’s Barrage and Blitz attacks can be entirely avoided, but the farther out you are, the harder it is to dodge out of the way. Being near also means more effective AOE healing and less fire-dodging during Pounding.

During the air phase, damage is light. You can Hand of Freedom anyone who gets stuck in the Fuel Streaks. Heal up players targeted for Artillery before they run out of range, and if you’re the Artillery target, Divine Protection the explosion. 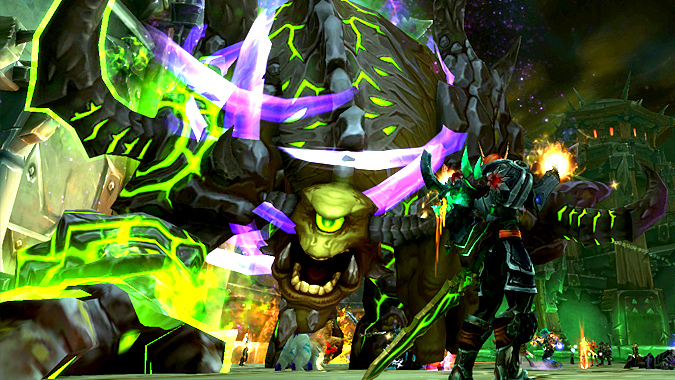 Kormrok, or Korm Pops as my guild calls him, may remind you of Kromog from Blackrock Foundry. Similar names, they’re both big one-eyed stone guys, they both summon little stone grabby hands, and they both drop our tier helm.

Kormrok has three major abilities that become empowered as he takes a dip in the three pools around the room. Explosive Runes need to be stepped on by players, who will take a moderate amount of damage. For Empowered Explosive Runes, the players triggering the runes will likely be triggering 2-3 in rapid succession, so heal them up quickly between detonations. Grasping Hands and Dragging Hands are straightforward to deal with — stay slightly spread out so Grab doesn’t splash to other players, and heal through the Crush damage. Fel Outpouring and Empowered Fel Outpouring cause blobs to emerge from the pools and travel across the room, which simply need to be avoided. I find it helpful for Empowered Fel Outpouring to stand near a pool to dodge those blobs first, and then avoid the slowly approaching blobs from the other pools, rather than be dodging all three types at once.

Use cooldowns on Grasping/Dragging Hands or Pound. Grab, Crush, and Pound are all physical damage, so you can save someone with Hand of Protection if you need to. 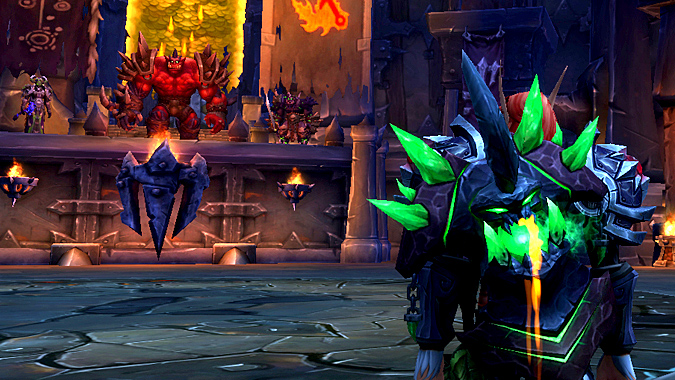 Due to Dia’s Void Haze aura, she will generally be tanked away from Gurtogg and Jubei’thos, and killed last. This is good, because when Dia reaches 30% health she stops casting Reap, meaning she will no longer clear everyone’s Mark of the Necromancer. At that point, Mark will continue spreading to more and more players, becoming more and more of a drain on healers — hopefully your raid can finish the fight before it overwhelms you.

Dia’s companions are much easier for us to deal with. When Gurtogg uses Fel Rage, pour steady heals into whoever he fixates on, as they will be “tanking” him temporarily. Use Hand of Sacrifice, or even swap Beacon of Light onto them if you feel it’s necessary — just remember to place it back on Gurtogg’s actual tank once Fel Rage ends. As for Jubei’thos, dodge his swords and heal through Felstorm. Don’t bother with Devotion Aura for Felstorm — save that for Dia’s more dangerous Wailing Horror phase. 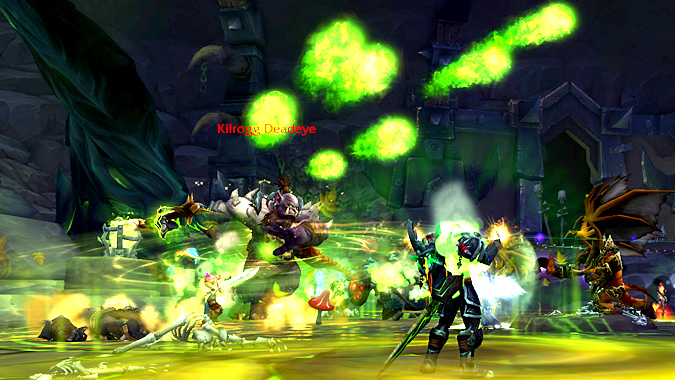 The chieftain of the Bleeding Hollow has abilities that are very well-suited to our toolkit. Add management is once again a major theme, and while our job is to watch player health bars, not enemy ones, we can certainly toss in the occasional Hammer of Wrath or glyph Burden of Guilt to help slow adds.

When targeted by Heart Seeker, run as far away as possible so the ensuing Blood Globule has a long distance to travel before reaching Kilrogg. Heart Seeker also inflicts a nasty physical bleed DOT, but you can use Hand of Protection or Divine Shield to remove it. Use healing cooldowns to counter the damage from Death Throes, and avoid the fel confetti Kilrogg tosses around.

If you are one of the players chosen for Vision of Death, heal yourself and the other two players as best you can while in the vision, but don’t blow major cooldowns. When you exit, stand near the melee group so your Undying Salvation buff clears their Fel Corruption stacks. 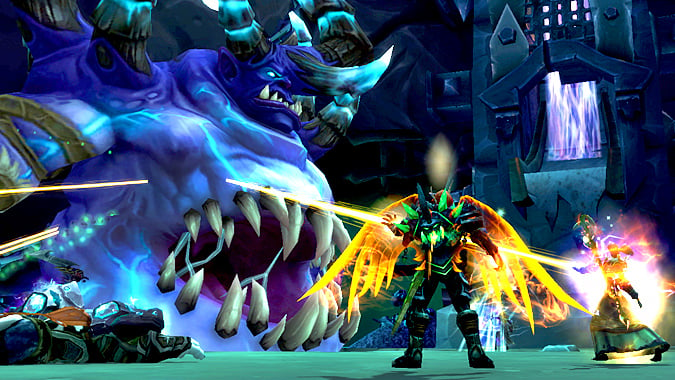 Talk about a memorable character model! Gorefiend (or Gorefriend, as my guild has labeled him) is a hectic fight featuring my most despised healing mechanic, healing friendly NPCs. Ugh. At least he drops tier legs to make up for it.

Gorefiend’s abilities are plentiful, but self-explanatory. Spread out to minimize damage from Surging Shadows, avoid Crushing Darkness, heal the three players affected by Shared Fate, and run Touch of Doom to the outside so the resulting Doom Well is out of the way. If you glyphed Burden of Guilt for Kilrogg, it’s still useful here to slow Gorebound Constructs that fixate on players. It’s really bad if a Construct reaches its fixate target, so if you see this about to happen, get Judgmental!

When in Gorefiend’s belly realm (a combination of words I never thought I’d write), we have to heal up Tortured Essences as they walk toward the central exit portal. They are immune to absorb effects and Lay on Hands. Don’t use major cooldowns, as you’ll need them once you’re out of the belly. Any Tortured Essences that reach the center without being healed to full reappear as hostile adds outside, but with health proportional to how much they were healed for, so as long as you’re mostly topping them up it’ll be okay. Watch your Digest debuff, and run to the exit portal before it expires. Don’t get stuck on the weird skin walls (gross) surrounding the portal.

One healer in the belly is plenty, so if you’re already inside and another healer get sucked in, hit the portal and get out — the raid will need your heals outside!

That’s half of Hellfire Citadel down! Next time, we’ll step into the upper levels and tackle the Bastion of Shadows and Destructor’s Rise. Birdmen, robots and demonic skeletons, oh my!