The Queue: Thunderstorms and lightning 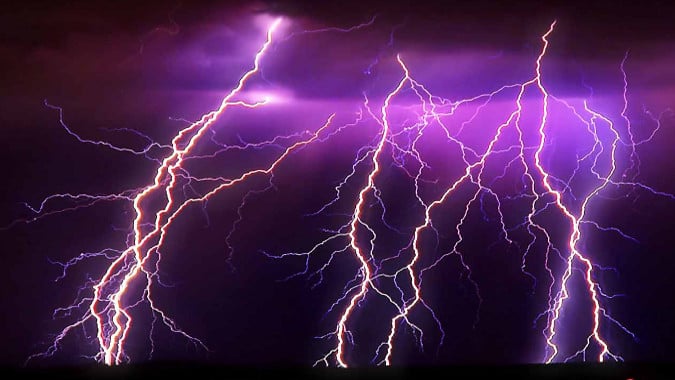 Huge storm outside my house as I write this edition of The Queue. Here’s hoping I get to keep power long enough to actually finish it.

Q4theQ: As someone who was introduced to the Diabloverse with D3, is it worth going back & playing D2 for the Hell of it? Or D1, if I could find it to play?

Yes. Especially original Diablo, in my opinion. Diablo II is a great game and it’s worth your time as well, but you can easily catch all the cinematics online if you just want a basic grasp of the game’s lore and what it is all about. And if you just plain like Diablo III, then getting to see how Diablo and Diablo II play will be educational both for what they kept and what they didn’t. D3 is a very different beast from D2  which in turn changed in many ways from Diablo.

In my experience, most of the gear drops in tanaan and in the timewalking dungons have versatility on them. I geared up 3 freshly dinged 100’s in northrend timewalking dungeons and tanaan this weekend and they all have a lot of versatility gear equipped. Why is Blizzard obsessed with this stat in 6.2?  Are we supposed to be stacking versatility for HFC?  Why is versatility a bad stat?  I haven’t bothered to research this, but i see people in guild chat and trade chat talking ill of versatlity on a daily basis. I know other stats are preferable, but how bad can it be?

In Tanaan, I haven’t gotten much Versatility gear at all, at least not from the Baleful pieces. But I have noticed quite a bit of Versatility on Timewalking pieces – I just got a pair of bracers from Timewalking Old Kingdom that had Versatility.

As others have pointed out, Versatility’s problem is that it is a stat that increased damage output and reduces incoming damage you take. As a result, it can’t be as good at increasing damage as other offensive stats — some of its item budget goes to that damage mitigation it provides. It is popular in PvP for this reason. If you’re gearing primarily for PvE, you’d rather a purely offensive stat (and usually your spec/class has one or two favorites) than one that provides a defensive bonus as well as an offensive one.

Yikes!  I was just on one of my characters mailing some crafting mats to an alt when I noticed one of my Tauren guards walk up to a peon who was snoozing nearby.  I dunno what he said but the peon got up, ran a little ways away and started cowering.

Good. Lazy orcs should learn to fear the wrath of the shu’halo.

Wait a minute… when we die, it is merely an inconvenience, a quick run to our corpse and we are no worse for wear. What if we have been demons the whole time?!

Or we’re some other form of life that can return in this way, like Ragnaros or the Old Gods.

I’d rather be an Old God.

Q4TQ: What armor set that is currently not available in-game to players do you want? I still want Yrel’s armor that she’s wearing in SMV and Gorgrond.

There’s a set of light blue accented Warrior Tier 10 that Muradin Bronzebeard wears in ICC. (He wears it in other places, but he has the helmet on in ICC.) I’ve always wanted that set.

Q4tQ: What, in your opinion, is the most interesting non-playable race in Warcraft lore?

Obviously I’m a big fan of grummles, tuskarr and arakkoa, but I also find kobolds pretty interesting. The stuff about murlocs in the RPG books also seems pretty intriguing, but that’s all non-canon, obviously.

I could answer this question every day and every day I’d have a different answer for you.

Right now I’m torn between the Saberon and the Botani. We had no idea these races ever existed before Warlords. I’d love to hear more about them. I’ve heard people theorize that the rock flayers from BC are saberon who were twisted into horrors by the forces unleashed when Draenor got pulled into the Nether. It’s a horrifying theory, but also an interesting one. It’s interesting that there are no rock flayers on Draenor and no saberon in Outland, but there’s absolutely no in-game proof that the two are related in any way.

Q4tQ: What do you feel can be done to make crafting more interesting?

Those are some ideas, anyway.

Thus ends the Queue for Tuesday. I’ll see y’all Friday, assuming I don’t get blown away by this storm.

Blizzard Watch is made possible by people like you.
Please consider supporting our Patreon!
Filed Under: Queue Queue Queue
Advertisement