Westfall brought to life in the Unreal Engine 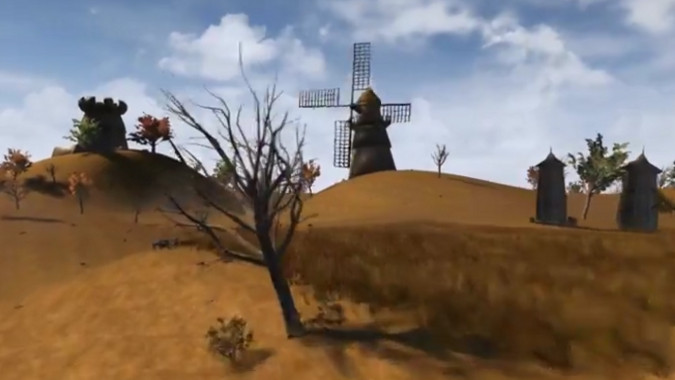 Back in June, we covered a recreation of Elwynn Forest created by Danie Luchau in the Unreal Engine. Now he’s up to more of the same, this time recreating Westfall. It makes sense — Elwynn and Westfall are adjacent zones, and Westfall is usually the next stop for players who’ve finished up in Elwynn.

If you played WoW before Cataclysm you’ll recognize this Westfall — the same deserted, neglected feeling, lacking huge floating chunks of rock in the sky, but heavy on the atmosphere of decay and abandonment that Westfall always had in spades. It’s an early build, so we don’t get to see Sentinel Hill up close (you can see it from a distance, especially when the shot lingers on the old windmill) but that initial entry into the zone over the bridge from Elwynn, past the  Furlbrow’s farm. No sign of Old Blanchy yet, RIP.

I’d love to see what the Deadmines look like in the Unreal Engine, and maybe after Westfall we could scoot over to Redridge or Darkshire. It’s interesting to see familiar WoW locales in a more realistic engine like this. I love the cartoony style of WoW but I do still wonder what the game would look like with a different presentation like this.

Blizzard Watch is made possible by people like you.
Please consider supporting our Patreon!
Filed Under: Old Blanchy, Rendering, Unreal Engine, Westfall
Advertisement