Breakfast Topic: Where do you want WoW to go? 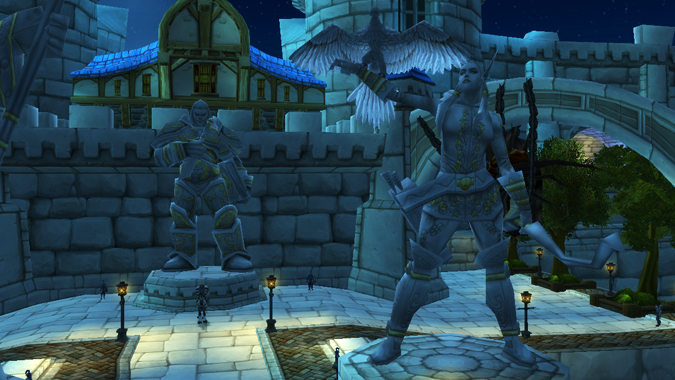 It’s not necessarily a place, or even a direction. It’s actually two specific people. They could be anywhere, and I want WoW to go to them. Alleria and Turalyon have been teasing us with their noticeable absence, ever since The Burning Crusade. Their story has been flitting in and out of our game, in a conversation here, and a quest here, a loading screen tip, a promise that we’d see them after Mists of Pandaria, then after Warlords of Draenor.

I’m still holding out hope that we’ll run into them. (I’m also holding out hope for a full Windrunner sister reunion but that’s another story). Maybe they found another portal in the Twisting Nether. According to the quest from the garrison inn, Alleria was possibly in this Draenor. Perhaps they ended up on another planet or even in AU Azeroth. Given our recent run-ins with Gul’dan and Archimonde, our conflict with the Burning Legion is far from over. The Legion is looming over us, and we’re going to need all the help we can get to take on the higher echelons. The road to that final showdown is inevitable.

Where do you want to see WoW‘s story go? Are you following it to the next logical conclusion or do you hope that maybe it will tangent into another storyline? Warlords of Draenor feels to me that it is more a continuation of a larger story rather than a story in its own right, sort of like the middle part of a trilogy, so the possibilities are endless.

Blizzard Watch is made possible by people like you.
Please consider supporting our Patreon!
Filed Under: Alleria, Alleria-Windrunner, Burning Legion, Turalyon
Advertisement