Know Your Lore: Loose ends that could play a role in the WoW expansion

When looking at World of Warcraft and the Warcraft RTS series that preceded it, one thing is clear. There are a whole lot of plot threads dangling, ends that are far from tight, and storylines that didn’t go anywhere (at least not yet) — so many in fact that it would be hard to list them all. This is the nature of such a huge, sprawling game as WoW, really. You’re going to leave these things hoping to come back and pick them up later. Some times you will, other times you won’t, at least not right away.

What has not been settled

One of the big dangling plot threads from the end of Cataclysm and much of Mists of Pandaria is simply this: we have no idea what the Old Gods have done or are doing in the wake of Deathwing’s defeat and the final destruction of Y’Shaarj’s Heart. Y’Shaarj is the only Old God to have ever truly died, in its death created the Sha that trapped Pandaria behind the Mists for ten thousand years. In so doing, they allowed Pandaria to survive the Sundering relatively intact but they also held it frozen in proud stasis, unwilling or unable to change. The discovery of Y’Shaarj’s Heart in the Vale of Eternal Blossoms (sealed away in a Titan vault, guarded by Norushen the Watcher) led to a chain of events that despoiled the vale, summoned the Sha of Pride itself and ultimately let to the destruction of the Heart, the last remaining piece of the Old God whose death breathed the Sha onto Pandaria.

How did the Old Gods react to the mortals of Azeroth completing the work of a Titan, and finally, truly slaying one of their own? Y’Shaarj was already dead, and yet its essence lingered on. What does this mean for C’Thun and Yogg-Saron, both of whom ‘died’ at mortal hands? If mortals can finally, truly destroy the lingering essence of an Old God, does this make their destruction even more important, or are they at last worth making use of? 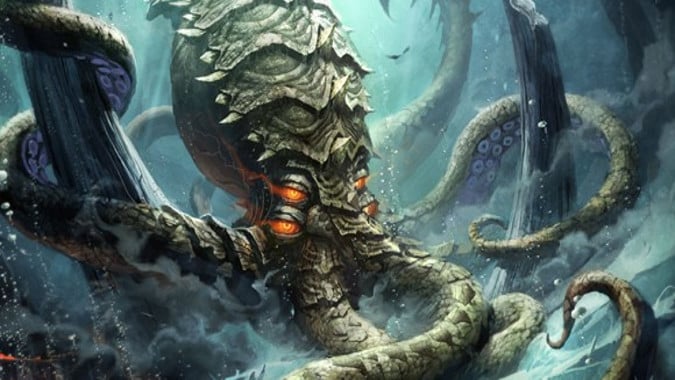 We know that in Cataclysm the naga abducted the Elemental Lord Neptulon.We have no idea what his ultimate fate was, aside from the fact that the naga (and presumably Azshara) have him. That’s just one of many such moments in World of Warcraft — what happened to the Nathrezim Mal’Ganis after he was defeated in his guise of Admiral Baeran Westwind? He claimed to be working against the Lich King, but after his defeat he disappears never to be seen again. Did Mal’Ganis return to the Legion? Is he somewhere else? When we arrived at Ulduar to battle Yogg-Saron, Tyr was the only one of the original Titan Watchers of that lost fortress who we never saw. We know he was involved with the events surrounding the corruption of Galakrond and the eventual rise of the Dragon Aspects from the ancient proto-dragons (such as the ones that still exist in Northrend) but we have no idea where he has been since that time, despite rumors that Kalecgos encountered him when he found Tyr’s artifact. Where is Tyr now? Where has he been?

Where have these missing gone?

The last we saw Maiev Shadowsong she was driven out of night elf society after failing in a bid to assassinate Malfurion Stormrage and the newly admitted Highborne. What’s she been up to? And where is Magatha Grimtotem, last seen in Thousand Needles with an artifact of powerful elemental magic? She’s got a big grudge against Baine Bloodhoof, and he against her.

I haven’t even mentioned Turalyon and Alleria yet, or the once-risen and now collapsed Isle of Suramar, or Sabellian and the other black dragons under his command (this means that Wrathion is wrong and he’s not the last black dragon) just to name a few. Heck, Sylvanas kidnapped one of the highest ranking members of the Knights of the Ebon Blade and we haven’t heard anything about it since. Between Cataclysm and Mists of Pandaria we discovered that the home island of the Zandalar is sinking or has sunk and the Zandalari tribe is desperate to recreate a trollish empire before their culture is entirely gone — what happened to them following the events of the Throne of Thunder raid? Did Kairozdormu actually kill Soridormi as seen in the images shown by the Vision of Time?

It goes further than that, though. In the aftermath of Warlords, we have to face up to one fact: in terms of story, we’ve been on Draenor for months. In that time, what’s been going on back home? We don’t know. In essence our picture of Azeroth is frozen just after the defeat of Garrosh Hellscream’s True Horde. This is interesting because it leaves us in a unique situation, where the story of Azeroth could be advanced dramatically because we weren’t there. We could return to a world where the silithid have once again risen to become a menace, where the pandaren have again chosen an emperor after ten thousand years without one, where the naga threaten to take control of the Well of Eternity and once again open a portal to allow Sargeras himself to step through.

We have four days to find out which loose ends will finally be woven together.