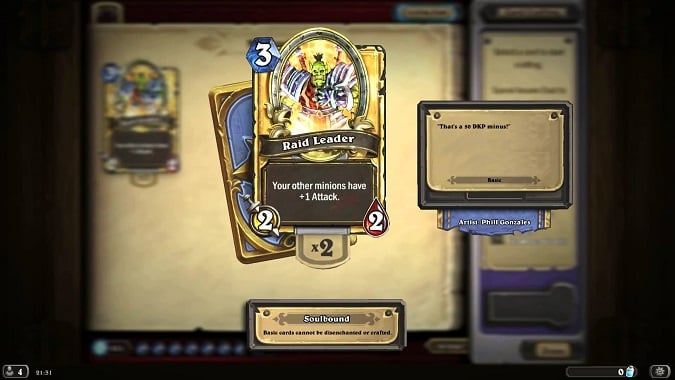 What should a guild do when no one wants to be an officer? This week on Officers’ Quarters, a concerned guild member wants to know how to recruit a player to take on an officer role, or even as a raid leader.

Arthonos asked
I’ve read through both this and your previous recruitment article, and while they both have some great tips I’m wondering how to tackle a specific recruiting problem facing my guild. The current issue is that we lack both raiders and officers / raid leaders. How would you alter your strategy to entice candidates looking for a leadership position, but avoid the pitfalls of giving an untested officer recruit too much power or responsibility too quickly?

This expansion has been particularly rough for our guild, we went from a handful of officers and two healthy raids to just one officer (now GM) and 8-12 raiders depending on the day. Most of us are towards the veteran side of things, raiders who have been in the guild since 2005 and while skilled at their class only have a few hours set aside each week due to family and careers.

Let’s stop at “untested officer recruit.” This is a bad idea. I’ll list the reasons why:

Be sure to vet this player thoroughly before you promote them. Don’t just talk to the person you’re recruiting — talk to other players who can vouch for them. Verify everything they tell you that you can possibly (and legally) verify. Let them remain as a regular member for a few weeks as they get acclimated. Don’t fast-track them too fast.

Here’s a better solution in my opinion: Everyone is now an officer. You only have about a dozen people. Maybe if you have a few new people, they’re your regular members. But the veterans all need to step up in this situation. Even if none of them has much time, if they can all combine to do the work of one or two officers, you’re ahead of the game without waiting for an unknown outsider to swoop in and save the guild.

When it comes to raids, I would suggest a more democratic approach. It doesn’t work in large groups, but for 10-12 players who have been raiding together for a long time, it’s entirely possible. My guild did it for 10-player Heroic raids throughout Mists of Pandaria. When there’s trust and respect within the group, you can all contribute to formulating the best strategy and you can all push one another to excel. You can take a vote on big decisions like which boss to tackle next, when to attempt a higher difficulty, and so on. One person still has to do the grunt work of assigning groups for bosses like Kilrogg, etc. It won’t come with all the other baggage of raid leading, though, so it’s likely someone won’t mind handling the logistical strategy stuff.

Such an approach would be disastrous for a 20-player Mythic raid, but for an intimate group I know for a fact that it can work. No one has to be the cat herder if you all share responsibility for the herd.

Poster1234 suggested a guild merger, and it’s something to seriously consider. If your vets can’t or won’t lead, that may be your best option. You’ll get to stay together this way, and you’ll make some new friends also. In this case, it’s far more likely that your guild would be the one to be “absorbed.” You can still keep the tag on an alt, so it’s not gone forever. However, it’s a drastic step and there’s no putting that murloc back in the ocean once you take it. Your guild leader must make sure that the vast majority of your guildmates are on board with this plan before you all go for it.

Whatever you decide, I hope you guys find a solution!