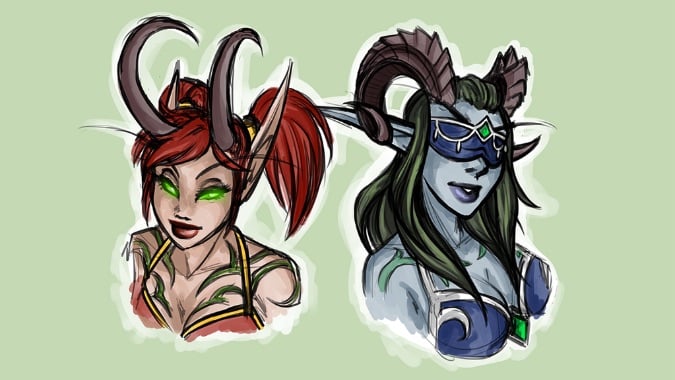 The first hero class to join the game since Death Knights in Wrath of the Lich King, Demon Hunters will start at a high level, presumably high enough be quickly jump into Legion content — if they follow the Death Knight model, they’ll start in the mid-90s and have leveled high enough to dive into Legion by the end of their starting experience. Here’s what Blizzard has to say about this new class:

Demon hunters, disciples of Illidan Stormrage, uphold a dark legacy, one that frightens their allies and enemies alike. The Illidari embrace fel and chaotic magics—energies that have long threatened the world of Azeroth—believing them necessary to challenge the Burning Legion. Wielding the powers of demons they’ve slain, they develop demonic features that incite revulsion and dread in fellow elves.

Let’s dive into just what we know about this new class so far. 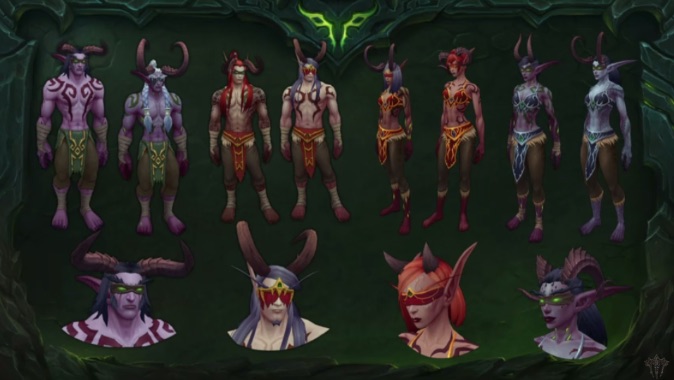 Demon Hunters will be an Elf-only class, so you’ll have the choice of playing a Night Elf Demon Hunter for the Alliance or a Blood Elf Demon Hunter for the Horde. Despite the lack of racial variety, Demon Hunters will have a wide range of unique looks, with choice of tattoos (and armor sets that will show them off), skin types and colors (some scaly and demonic), horns (or no horns, if you’d rather), and mask style (whether you’d prefer to mimic Illidan or do something else). 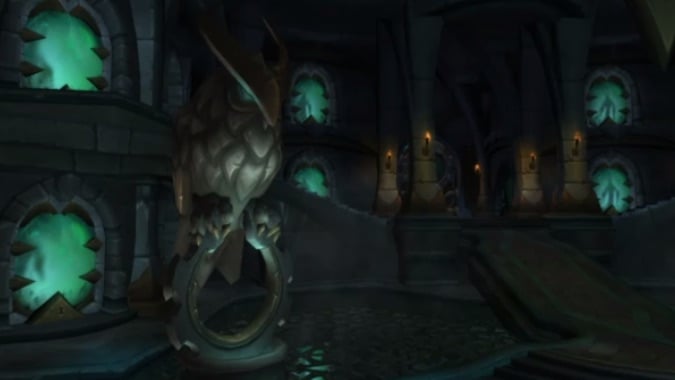 Demon Hunters will start in the Vault of the Wardens — where, coincidentally, Maiev was believed to have stashed Illidan Stormrage’s body after he was killed in Burning Crusade. This sounds like it will be something very much like the Death Knight starting experience, with Tom Chilton explicitly saying the class would have a “unique starting experience.” The Wardens are desperate for help fighting the Legion… apparently desperate enough to turn to those they’ve been holding prisoner. “When you’re going to fight the Legion, Demon Hunters might come in handy,” Chilton joked.

But before escaping the vault, your character will be able able to participate in an event at the Black Temple — a flashback that takes place 10 years before — when Illidan sends you off on a crucial mission to the world of Maardun.

Demon Hunters will wear leather armor (so be prepared to fight with Rogues, Monks, and Druids for gear as you advance) and . Update: In an interview with Icy Veins, Tom Chilton and Ion Hazzikostas explained that Demon Hunters will have their own unique weapon type, glaives, which will be the only thing they’ll be able to wield. They’ll come as a pair and fill both weapon slots.

Demon Hunters use a new resource called Demonic Fury according to Chilton (though their resource is listed as Energy on Blizzard’s Demon Hunter page). Some of your abilities will generate Demonic Fury, while others use it. 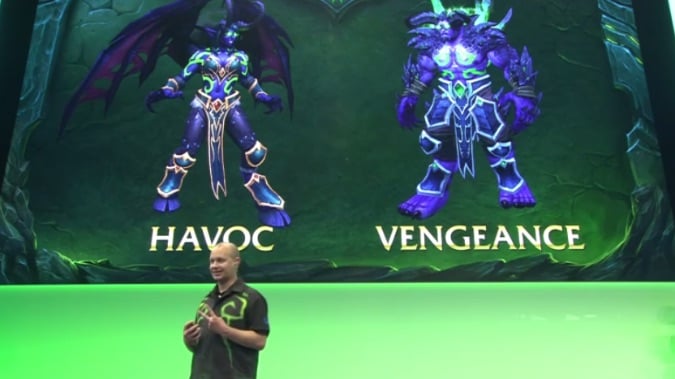 The class will only have two specializations, Havoc and Vengeance. Havoc will be a melee DPS spec while Vengeance will be a tanking spec. Yes, only two specs — though Blizzard contemplated doing two DPS specs or two tanking specs, they wanted to “concentrate the coolness” of the class into two great specs instead of splitting their best ideas across two specs. In the images shown, they have very different looks — and in the case of the Vengeance Demon Hunter, this was mentioned to be the result of Metamorphosis. It’s possible that both specs are shown with their own special brand of Metamorphosis, but no details were given about the appearance of the Havoc Demon Hunter. 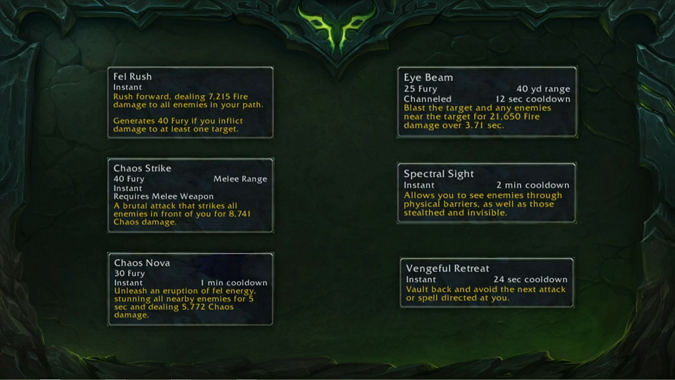 You can see some of the previewed Demon Hunter abilities above, and beyond the standard ways to dish out damage and build or dump their resources, there are some abilities that make the Demon Hunter stand out from other classes. Spectral Sight gives you a better view of the battlefield with the ability to see through walls as well as spot invisible players or creatures — something that’s sure to be valuable in PVP.

Demon Hunters also have great movement abilities, like Vengeful Retreat which helps them escape combat (and reminds us a lot of the Diablo 3 Demon Hunter’s vault ability). Fel Rush also allows them to zip across the battlefield from enemy to enemy — and since it’s an instant cast with no resource cost, we’re sure it’s going to get a lot of use, allowing Demon Hunters great mobility. On top of that, Demon Hunters get double jump, which is just like what it sounds like: once you jump, you can jump again in mid-air to go higher and further.

Bear in mind, of course, that we’re seeing an early version of Demon Hunters and have only seen a handful of abilities for the class, any (or all) of which may change before release. But even so, this new class looks pretty exciting.  (And not entirely because of double jump. Partially, sure, but not entirely.) We’re likely to hear more about the Demon Hunter during Sunday’s WoW Q&A at Gamescom.