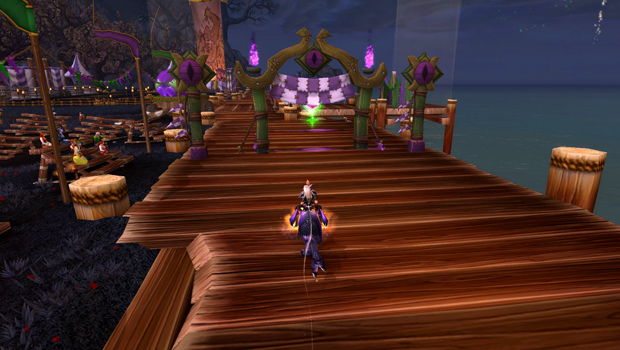 So, I have learned that just about everybody has an idea of what Blizzard should do with racial abilities. (Hint – they want them gone, it seems.)

It’s time for The Queue. Question, answers, all that kind of thing.

This might be too early to ask, but do you think that Blizzard will remove the Warlords legendary questline at the end of the expansion like they did in Mists? And what about the essence that drops from Archimonde that upgrades your ring? Would that go too?

Asking for a friend, because I’m totally not crazy enough to be going for 4 different rings, noooope….

Yes, I expect they will remove the ring quests.

Q4tq: what ability that was removed would you like to see returned to the game? No game-breaking things though.

Personally I’d like to see wild mushroom: bloom (for resto), moving tranq, moving lightning bolt (shaman)…frankly i miss a lot of those cast-while-moving spells. And having something to do with overheals was really nice.

All that moving while casting stuff was removed because it gave ranged players way too many advantages over melee.  I stand devoutly against the return of any of that. It’s bad enough you can stand out of range of all the horrible stuff bosses do to explode the melee, you shouldn’t get to move and keep DPSing too.

On the level of pure nostalgia, I miss Sunder Armor. I know the game has changed and moved on, but there was something familiar about the old mantra ‘wait for three Sunders’ and I miss it.

If you guys get moving while casting back, I want melee attacks to have a ridiculously long range.

Q4tQ: I think that models Blizzard makes for WoW are too good and slow to make. Vanilla/BC models were low resolution low polygon and seemed to be abundant. Modern models are really detailed, but I don’t actually need great details on my weapons or on my shoulderpads, they don’t take that big part of the screen anyway. Same goes for many textures of creatures and buildings. It seems to me that because visual style is cartoony, developers can make simpler models and textures and not much will change. For example, Garrison buildings seemed to me overly detailed (“This is what they spend their time on instead of Karabor? Why? Perfectionistic much?”) and Cata gear has good enough detail.

So would you like it if models/textures were a little bit simpler? And do you think it would make WoW visual department work faster and give us content more frequently?

Looks at his huge transmog collections on all of his warriors.

No, I would not like it. I don’t think we’ve ever heard from anyone that it was art design that held back a raid, expansion, patch or etc. No, I don’t want them to do this. For that matter, I don’t think most gear models nowadays are that much more detailed than Cataclysm gear was – I wear the Molten Giant gear fairly often, it’s got a lot of detail on it.

10 years of Warcraft and not once have we heard the scream for which Grom is so famous.  It’s referenced in books, it’s referenced by his surname… This scream is supposed to curdle blood and inspire terror.  When the Hell is Hellscream gonna scream his scream from Hell?!

In much the same way that seeing an illustration of a Cthulhu Mythos monster doesn’t actually drive you insane, you’re never actually going to be scared by a orc yelling in a video game. Media can tell you something is scary a lot more effectively than it can actually make you scared, and so, some things are best left to the imagination.

1. Since Outland exists in the Twisting Nether, are all demons killed there dead dead?  Including Illidan which means he gets a rez from Gul’dan instead of a…recall?

2.  Does it make sense lore-wise to think that most if not all of the Blood Elf Illidari are from the original expedition force Kael’thas took with him to Outland?

1 – Outland is in the Nether the same way Azeroth’s entire universe is in the Nether – it was outpocketed into a small realm of its own when it was pulled apart by Ner’zhul and his portal mania, but it’s not ‘in’ the Nether itself. It’s just ludicrously close to it, surrounded on all sides by it. To get demons to Outland, Magtheridon still needed portals to pull them through. Essentially, Outland is in its own pocket universe which consists as far as we can tell of just itself. So no, demons still go back to the Nether when you kill them there.

Yes, I know that when you fly to Netherstorm from Hellfire Peninsula it says you’re in the Twisting Nether. Doesn’t matter.

2 – Yes. In fact, it’s not just sensible, it’s likely — the Blood Elves that came with the Horde didn’t join up with Kael’thas. Kael had a loyal force of Blood Elves that we fought in Tempest Keep and its satellite dungeons, and these were likely also part of that force.  There’s really nowhere else they could have come from.

Q4tQ: I know Warlords was for many one of the… hmm, I’m going to be kind and say “Least popular” expansions ever but what, if anything, would you like to see brought over from Warlords into the next expansion, if anything?

I’ll stand up for Warlords a bit here. It’s a better expansion than a lot of players want to admit. I think that, much as Cataclysm was a better expansion that got a bad reputation due to player emotion over things that weren’t specifically the mechanics of the expansion’s fault, Warlords would be a lot more popular if it had put out more content during its time. So what would I like to keep from Warlords?

That’s a reasonable list, I think. I could come up with more — the questing experience was really well done, much of Draenor looks amazing, and I did enjoy most of the zone cinematics. But it’s enough to start with.

Okay, that’s the Queue for today. Talk to y’all next Tuesday. Be cool to each other.

Blizzard Watch is made possible by people like you.
Please consider supporting our Patreon!
Filed Under: Racial Abilities, Stuff, World Of Warcraft
Advertisement