Hero League to be restricted to one and two player parties 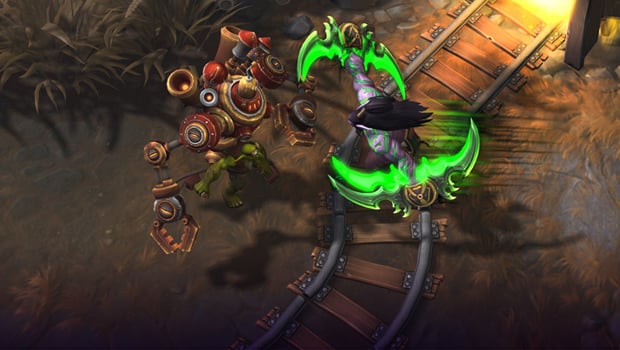 Blizzard’s goal with these changes is to make for a better group experience for all players. With players in Hero League in parties of three or four, you can wind up with communication issues between the two portions of the group or have an “odd man out” situation where there’s a coordinated group of four and the remaining solo player is left in the cold. On top of that, the majority of players queuing do so either solo or in two player groups — so cutting down on group size in order to make for a (hopefully) better gameplay experience isn’t something Blizzard feels will impact many players.

Though we have no word on when this update might go live, if you’re one of the players who competes in Hero League in a group of three or four, now’s the time to adjust your game team to fit in with the new party size rules.

Blizzard Watch is made possible by people like you.
Please consider supporting our Patreon!
Filed Under: Hero League, Ranked Play, Team League
Advertisement