Totem Talk: How the Legion PVP split could help Enhancement (or hurt a lot) 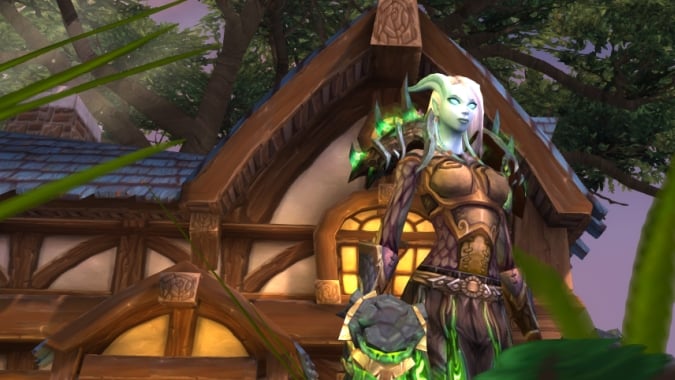 After more than a decade, PVP and PVE are breaking up in World of Warcraft. I’m not sure how I feel about that; on the one hand, I’ll be the first person to point out that trying to balance everything for PVP and PVE at the same time has resulted in loads of weird and unpleasant interactions over the years. On the other hand, sometimes that actually lends flavor and definition to a given spec. But we’ve got a new system coming whether it’s the best idea or not. So now we have to learn to love it, complete with PVP ranks and PVP talents being folded into that.

That’s pretty significant for Shaman in general and Enhancement in specific, as I’ve long felt that the class suffers a bit from having a big pile of talents and glyphs that are super useful in PVP and totally useless outside of it (or at least only marginally useful). So we could be looking at something really cool once this Legion PVP shift comes around. Or it could leave us kind of functionally crippled. It’s kind of a toss-up. 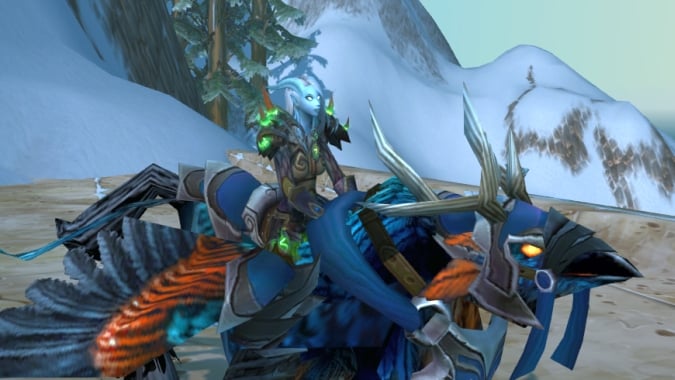 When I first started playing WoW a wee bit after launch, I frequently found people saying something to the effect of Paladins being a great class for PVE and Shaman being great for PVP. Since I was playing a Paladin over on the Alliance side of the fence, of course, it’s debatable how much of that was an accurate picture of capability and how much of it was just pure salt. Not that it mattered anyhow, since Battlegrounds were a ways off and most PVP consisted of killing various factional NPCs and then getting stomped by a retaliatory force.

Despite that, for all of the other changes that have been wrought, Enhancement still has some pretty great flexibility in PVP with talents and glyphs. We have access to a variety of root and snare effects, lots of abilities to get out of roots and snares ourselves, self-healing, damage reduction, and tricks to chase down fleeing targets. I’m not claiming that we’re PVP powerhouses, just that our toolkit consists of several skills that have a strong application in that arena. Or the arenas, if you prefer.

Part of what has made Enhancement something of a bear to balance (figuratively, not literally, for you Druids checking out the column) is that the spec is able to do so much that it’s always a rough question of what we lose.  Getting an actual chunk of our toolbox snipped is a loss keenly felt, but it also makes us harder to balance because we have a plethora of options.  This is, to some extent, an issue that has long plagued every class and spec. The goal/hope now is that we’ll finally be balanced around what we can do in PVE for PVE content and balanced in PVP around what we can do there. And my first thought, my hope, is that this means a lot of existing bits cluttering up Enhancement can move over there.

I mean, let’s be honest — our level 30 talents already are pretty plainly PVP talents in function, and the case could be made for several glyphs. Spirit Walk is a PVP skill with limited PVE applications as a sprint effect, which would mean more if we didn’t have Ghost Wolf on tap. Shamanistic Rage kind of renders our first tier of talents redundant. There are glyphs that are not actually PVP talents that seem to be tailor-made for them, and some abilities that seem like they really ought to be in there.

This ties somewhat into what I was discussing in my last column, the idea that Enhancement needs a bit more mechanical spice and isn’t in a bad place right now, but also isn’t in a good place. We have a class that is functional right now, which is all very solid, but once you start yanking out some of our abilities it’s hard not to notice that it doesn’t really have any thematic or mechanical “oomph” left.

Yanking the PVP out of us could really result in a much leaner class, but one that’s more focused. Yes, we will almost certainly lose our ability to do some things as a baseline, but the point is that you can pick those things up again via PVP if they’re important to you. Meanwhile, out in the world, we can benefit from having those abilities not be the subject of our balancing. Some of our talents are going to be ripped out because there’s no reason to ever pick them for anything other than PVP, and you can’t just leave those spots blank; whatever replaces them is going to be more focused upon what Enhancement actually does and should be doing just by necessity.

It’s a double-punch. At the same time that Survival is encroaching into our turf, Enhancement is also going to need heavy tinkering because of the PVP changes. While I’ve said before that the class isn’t broken and isn’t messy enough to fix, once you’re already in making a huge mess it makes sense to fix things up nice and clean. You’re not going to knock down a wall in your house just on a whim, but when you already had to knock four or five down to fix a wiring issue, you may as well start rearranging the rooms a bit.

“But you said it could help or hurt us,” you say now, aware that I cannot hear you but also knowing that your hypothetical conversation would be placed here just the same. “That’s all helping.  What sort of doom-and-gloom scenario do you envision wherein all of this hurts us rather than helping us?”  And it’s a good question, hypothetical reader.  Because to continue my analogy from above, just because you’re knocking down the walls and re-examining rooms doesn’t mean you actually know about a better way to arrange rooms; it just means you have the incentive to do so if you realize the rooms are poorly laid out.

In the worst-case scenario, Enhancement just gets a whole bunch of new PVP talents that wind up bringing us up to baseline functionality. All of the existing clearly-for-PVP stuff remains exactly where it is right now. Which creates a dramatically unpleasant situation wherein not only does Enhancement need the same choices it needs now for PVP, it also needs more PVP talents, and we still have all of these PVP skills and talents hanging around like some sort of vestigial organ. Instead of having a clean and focused split, we have a pile of skills and glyphs and talents that are of limited use in PVE at best, and also limited use in PVP without extensive talents.

The reality, of course, will likely be somewhere in the middle; reality tends to be like that, with neither the heights nor the depths that we can imagine. I am hopeful just the same, though; while I feel like Enhancement has been leached of some of its flavor and identity over the years, the space and the reason exists now to give it a little more kick, while removing the legacy parts that had just been sticking around. We’ll know more for sure as we start getting that much closer to the expansion itself and once the beta kicks off.