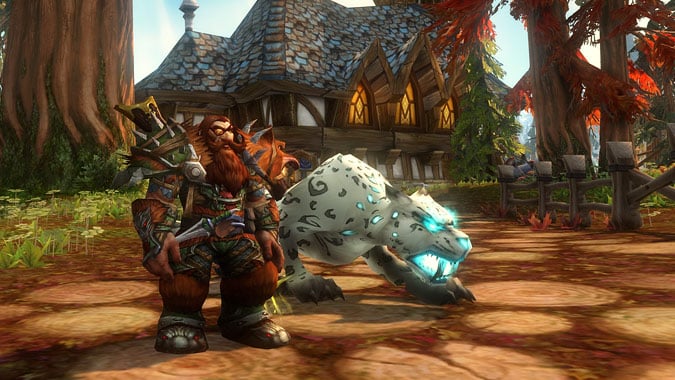 When I look back at Warlords, my favorite moment wasn’t dinging level 100 for the first time or slaying Heroic Archimonde. It was doing a couple of little Hunter-specific pieces of content to tame new pets. Gara was something any Hunter could sympathize with, a loyal pet lost in a terrible place. Of course we’re going to embark on the quest to save her from the Void. Then there was the Fel Wolf taming challenge in Tanaan, a special mini-boss encounter designed solely for Hunters.

On the surface both of those pieces of content are no more complex than the average quest line or mini-boss, but I felt that making them specific to Hunters is what took them to another level. Class-specific content is awesome and it’s what excites me the most about Legion. 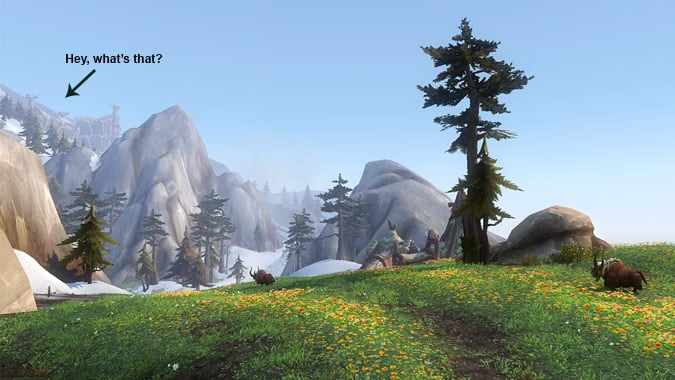 Class order halls are touted as one of the big headline features of Legion. They are an instanced place, similar to your garrison, but instead of being all alone you will occupy this area with other members of your class from both factions. We know little about them aside from the broad strokes. They’ll be the hub for your artifact weapon progression, there will be class-specific missions, and class champions. It’s a place you’ll want to visit, but not spend all your time in like your garrison.

The Hunter class hall location was revealed to be in Highmountain. Yeah, the zone with the moose Tauren. In an interview, Ion Hazzikostas referred to it as a hunting lodge located in the peaks of the zone. Highmountain looks like the Broken Isles version of Grizzly Hills, so this is alright with me.

Being a Dwarf Hunter, I am so on board with the hunting lodge theme, but I hope it also has aspects inside that appeal to other races like Elves. Maybe a quiet Elven wing where the more sophisticated Hunters can separate themselves from the rowdy ones getting drunk and comparing who has the biggest pet out in the main hall. 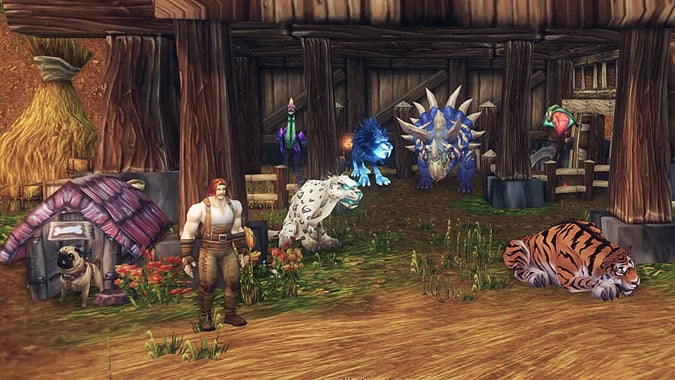 It goes without saying that there needs to be a dedicated stable in the Hunter class hall. Like a super mega deluxe stable, not just a stable master NPC hiding in a corner somewhere. When I go there, I want to see a few of my own pets physically sitting in the stable (like mounts in the garrison stable).

If you wanted to go really crazy, you could even turn the Hunter stables into a tiered system that you unlock over time, with different perks as you go along. Perks such as:

I don’t know about you, but I would so do daily quests to earn reputation with my stable master and unlock little perks like this. There could be quests to save pets in distress, or maybe even go tame something and bring it back. Like a moose.

Marksmanship Hunters — now without pets — obviously would need something too. Perhaps some kind of target range in place of a stable? The quests could send you out on missions to prove your dexterity with a bow. 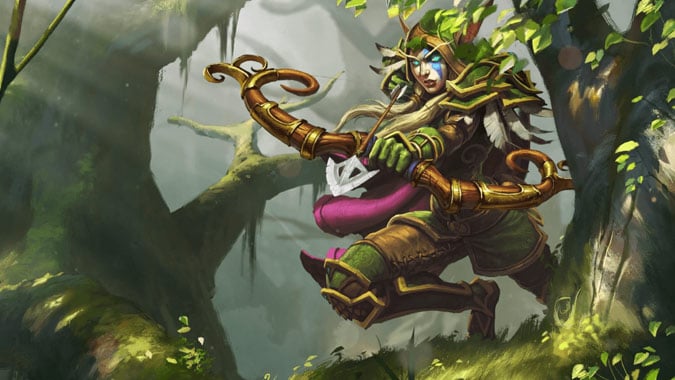 Class champions were described as an evolution of the follower system. Instead of collecting dozens of them, you’ll have a small but powerful team of them. They probably won’t be bringing you back free loot anymore, but instead will help you go and retrieve that loot yourself. One of the examples Blizzard gave was a champion scouting out an area so when you visit that area yourself you get some kind of buff because they scouted it for you. 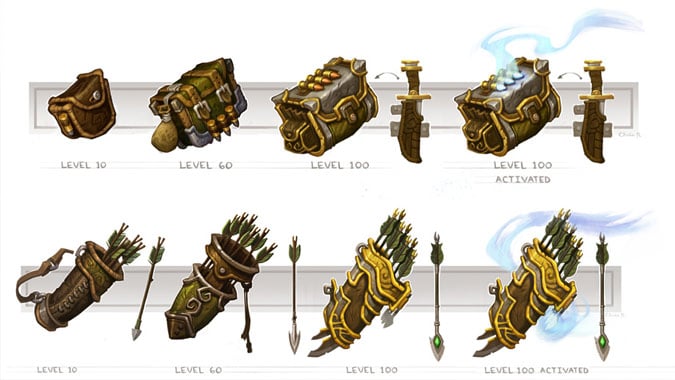 In my ideal world, most of the rewards you would get from your class hall would be cosmetic (artifact weapons aside). I don’t want to go there to send my champions on endless gold missions (as much as I like free gold, it’s tedious). Cosmetic rewards are a big motivation for some people, but it’s something you can put off or ignore for a while without “falling behind.”

Whether it’s through reputation, currency, champion missions, daily quests, or something else, here are some of the things I’d like to see:

Hunters are a bit lacking in the Minor Glyph department, if you ask me. Maybe we need some new glyphs from scribes, but I also think it would be cool to have a few really cool ones available from the hall. Here are a few ideas taken from a post I did on the subject last year:

Hunters don’t have many spell effects, but what if you could tint them different colors? Make your projectiles fiery or frosty, or maybe it gives your shots tracer effects. New casting animations are less likely, but it sure would be cool if you had a choice between 2 or 3 bow animations per race, even if they were only slight variants of the original animation.

These were teased over a year ago, but we’re not sure if they will even appear in Legion. Perhaps quivers could tie into the spell effects somehow?

I like the idea of there being a special Hunter located at the class hall that gives you opportunities to tame new pets. This NPC could also start small taming quests like what we saw in Warlords, or at least gives hints to their whereabouts. What if there were certain pets that were only “in season” on certain days, and this is the Hunter who would tell you what’s out there with hints on how to find them?

WoW players: I’m quite curious to hear what you would like to see from Class Halls in Legion. What thoughts and fantasies excite you most?

That’s the tweet from Game Designer Craig Amai that prompted this post. I tried a few tweets, but 140 characters was about 8000 too few. I look forward to hanging out with my fellow Hunters in our hall!

ebroglio8 commented:
How will survival generate focus ? It’s perfectly possible survival wont even use focus. Look at what happened to warlocks when they got their makeover.

I’d be surprised if it was changed from Focus, but some kind of secondary resource is always a possibility.

Bgr11123 commented:
I’m looking forward to the changes. My fear is that blizzard won’t go far enough in their diversification of the specs. I don’t want survival to simply have “explosive strike” or something like “cobra strike” as a focus generator.

Agreed! I wouldn’t want it to feel like I’m playing Beast Mastery in melee range. The rotation needs a different feel than the standard generator + signature + dump.

TheBakaist commented:
I wonder if melee hunter marks the coming of glyph of Disengage forward!