The Queue: Today is my birthday 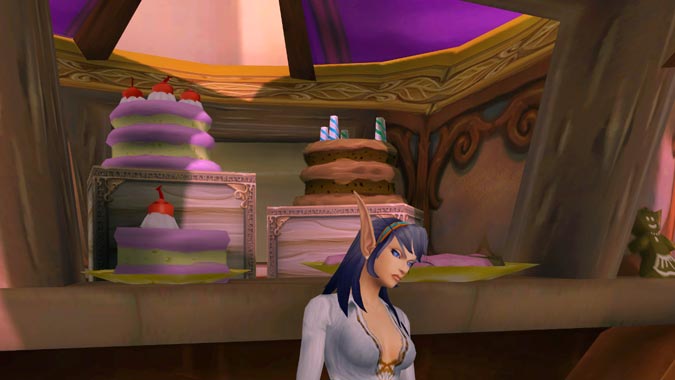 Today is my birthday, Aimee, and I don’t want any questions from you. I just want you to hand over every single last thing on that cart — except for the gingerbread man, you can keep that until sometime December-ish. Also I want you to direct me to whoever has the good coffee out here. And while I’m waiting, I’ll answer some Queue questions, because why not?

Hearthstone Q4tQ: Now that the expansion has been out for a bit.  Are there any Dr. Boom type legendaries for GT?  I was able to get Lightbane and Chillmaw from packs, but I have about 3200 dust ready to spend.  I mostly play Tempo Mage, Midrange Hunter, Patron Warrior, and a bit of Mech Lock.  I’ve watched Hotform play his Tempo Mage deck with Nexus-Champion Saraad, and have been thinking about crafting that one.  Anyone have any experience with that one or opinions about other GT legendaries?

I have conferred with our resident Hearthstone fanatic Matticus, who said that there are no neutral legendaries on the scale of Dr. Boom, and that the closest would be something like Justicar Trueheart. He did say there were plenty of good class specific ones, like Varian or Rhonin, and even Confessor Paletress is good.

What’s the deal with Ravenholdt? By the time I leveled it wasn’t really a thing. Most fantasy lore has thieves guilds in cities

Ah, Ravenholdt! So here’s the deal: Ravenholdt isn’t exactly your typical kind of thieves guild. They run counter to the Syndicate, which is a criminal organization that was created by the shady leftover population of the fallen kingdom of Alterac. Back during the Second War, Alterac’s king, Aiden Perenolde, was terrified his kingdom was going to fall to the Horde. So instead he decided to collaborate with the Horde, feeding them information and letting them go through his kingdom unopposed on their way to Lordaeron. This treachery was discovered, and Stromgarde quickly took over the kingdom and declared martial law. At the end of the war, Perenolde was stripped of his title and Alterac was pretty much left in ruins, although there was some squabbling over who should control the kingdom after.

Obviously this left the citizens of Alterac with nothing at all — but they were all kind of cut from the same cloth as Perenolde. They banded together, forming the Syndicate, and pretty much set about robbing, stealing and murdering indiscriminately. Ravenholdt was created as kind of an opposing force to the Syndicate, and early quests in Ravenholdt involved killing Syndicate members. You’d gain reputation by doing so. In Cataclysm, Wrathion was taken to Ravenholdt and saved from the red dragonflight — a lot of the rogue legendary chain for Fangs of the Father takes place there.

But that’s why Ravenholdt is so far north, and out of the way from either Alliance or Horde capital cities. It’s specifically stationed near the highest amount of Syndicate activity.

Where ARE the Broken Isles?

Near Lordaeron. For reference, take a look at the original vanilla WoW map: 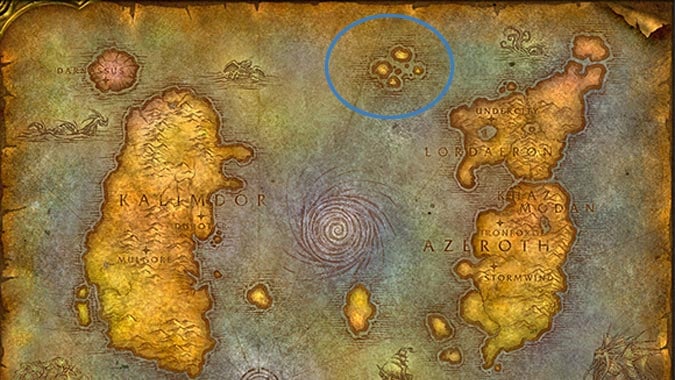 That blue circle is presumably the Broken Isles. Gul’dan left to find them once the Horde got to Lordaeron in the Second War, and when Tyrande and Malfurion met up with Maiev and tracked down Illidan in Warcraft 3, they ended up on Lordaeron’s shores just after leaving the Broken Isles.

What do you think the New Illidan book will cover, and what characters might appear?

I’m hoping that the book will cover what happened to Illidan in the interim between where we left off at the end of Warcraft 3, and when we meet up with him/defeat him in Burning Crusade. There were a lot of unanswered questions as to just what Illidan was really up to during all that time, and I think it’d be interesting to actually see how he reacts to the betrayal of Kael’thas and the fallout from that. This could also expand into more information about just what he’s training all those Demon Hunters at the Black Temple to do, and more about whatever mission it is he sends them on during the Demon Hunter starting experience in Legion.

That would set us up for a story with Illidan, Maiev, Akama, Vash’j, Kael’thas, and the Burning Legion, plus whatever important Demon Hunter characters they feel are necessary to tell the story. And we might even see some more information about A’dal and the naaru while we’re at it, since they’re also opposed to the Burning Legion, but Illidan didn’t appear to be wanting to make alliances with them in Burning Crusade, for whatever reason — which meant he must have had his own plans.

Q4tQ: So I quit playing WoW prior to the Hell Fire Citadel patch and the final showdown for the expansion.  I dont mind being told the “end” story.  So how are we not stuck on Alt Draenor?  Wasnt it thought that once we went through that we would never return?  I know for game play reasons there are portals and so on but I could have sworn there was some indication that this could be our final mission and getting back to our world wasnt guaranteed.

When we first dove through the Dark Portal and stepped foot on Draenor, there was every indication that it would absolutely be a one-way trip and we wouldn’t be coming back. Over the course of the expansion, mages figured out how to make portals between Draenor and our own world, so the lines of communication and transportation were opened up again.

So even before the start of WoD, people speculated we would return to Azeroth to fight the Legion, which more or less turned out to be the case. Wild speculation time! Where are we going and who are fighting after Legion?.

Oh you asked the right person. Right. So here’s the thing: Warcraft tends to be written in cycles, and those cycles tend to repeat after a certain period of time. If you can recognize the cycle, you can see which direction we might be headed. We’ve got a very, very blatant cycle going on right now with the current lineup of expansions.

Warlords of Draenor appeared to very much be a throwback to the days of Warcraft: Orcs and Humans, with some Warcraft 2 mixed in there for good measure. Legion appears to be a throwback to Warcraft 3: Reign of Chaos, especially the part with Khadgar flying into Stormwind, which is pretty heavily influenced by Medivh’s appearance in Lordaeron in the opening trailer for the Human campaign in Reign of Chaos. That particular game focused on the fight against the Burning Legion, culminating with Archimonde’s defeat at Hyjal.

So what’s next after Legion? Well…if the pattern holds, we might just see some throwbacks to the next section of Warcraft 3’s story. And if that’s the case, we might finally see what Bolvar’s been up to since we left him perma-parked on the Frozen Throne.