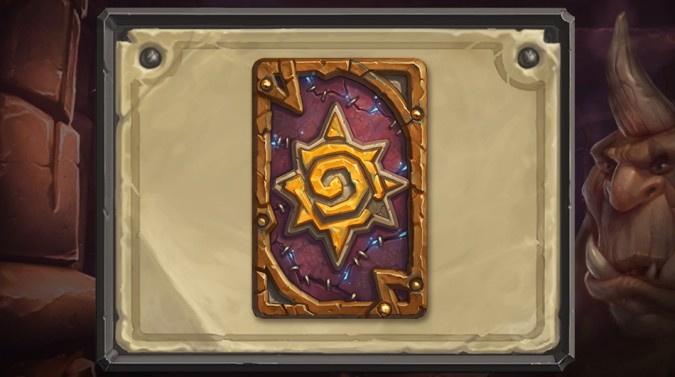 The nineteenth official season of Hearthstone ranked play has arrived, providing an opportunity to pick up another new card back for players to add to their collection: the October card back, Highmaul. For players who hit rank 20 last month, the card back was Exodar’s Exodus — so be sure to log in and pick it up along with your other rewards!

A new season means another ladder reset. Reaching rank 20 before the end of the month will net you the October card back for your collection. Though it will take you a few games, it isn’t possible to lose any stars under rank 20 within Hearthstone, so getting there is a pretty casual time commitment — all you need to do is keep playing.. Not sure which deck you plan to use this season? Check out our list of previously featured decks. The metagame is starting to slowly settle down now since it has now been over a month since the Grand Tournament expansion recently released!

Blizzard Watch is made possible by people like you.
Please consider supporting our Patreon!
Filed Under: Card Back, Hearthstone Card Back, Highmaul, October Card Back
Advertisement