Mass Effect: A cautionary tale of Shepard, DLC, and context 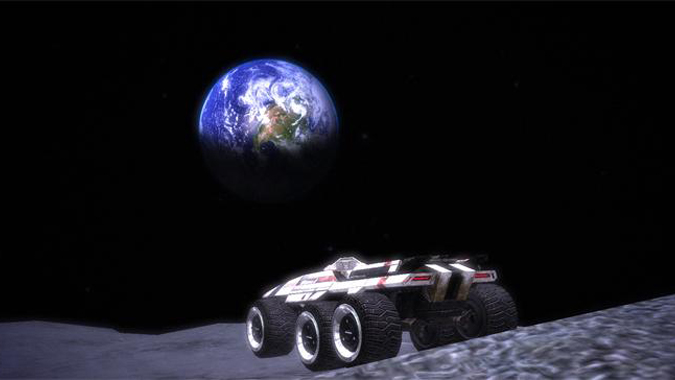 I finally sat down and played Mass Effect. Not just one of them, all of them in a row, with all DLC content. Yes, I know, I’m just a little behind in my game playing, but in this case I think that holding off for so long actually ended up working in my advantage, weirdly enough. Please note: this post will have spoilers for all three games.

Look, all I wanted going into this was a rollicking good space adventure, and I definitely got that right out the gate. Customization in the first game wasn’t at the let’s-tweak-every-last-slider level that you see with today’s titles, but I managed to come up with a decent Shepard, a lady with crazy eyes and a fervent desire to dispense some serious space justice on the galaxy.

If only it were that simple, but it never is, is it?

Mass Effect is one of those series that I don’t think I’ll ever quite recover from playing, because it was so well put together that I don’t know if I’ll ever manage to find anything quite like it again. I’m a sucker for a good story regardless of what game I play, and ME delivered on that front in a manner I hadn’t really seen before – each title tied directly into the next, and the choices I made in each game kept coming back to haunt me later. 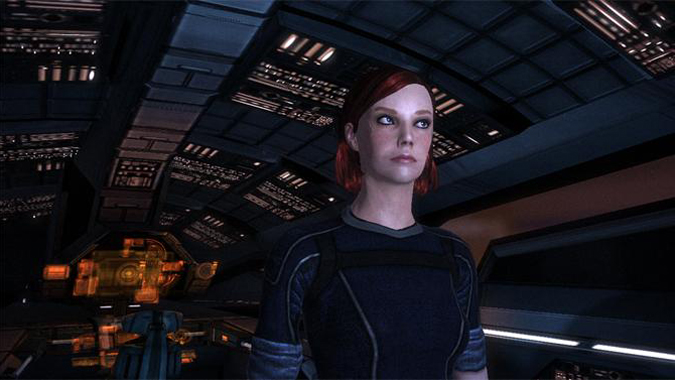 And that over-arching, slowly unfolding story hooked me. The only part I was a little leery about was the end of the third game. While Twitter was very kind in not spoiling any game content at all for me, there were a few rumblings of discontent about the end of the series and how I’d probably want to ignore it.

But I didn’t want to. I couldn’t see what everyone was frustrated about. It tied together beautifully, and ended on a note that had me sad, yes, wanting to see more, absolutely, but mostly content with what I’d done, and happy enough even though there were, admittedly, a few loose ends to be found.

Basically, I was playing the most ideal iteration of the series, long after Bioware had a chance to go back and deftly slide in material after the fact to round things out. And that … bothers me.

It’s not the game. The game is great. It’s that in order to get that experience I had, you have to pay and play the DLC content. Specifically Leviathan, a DLC for Mass Effect 3 that didn’t actually come out until months after the game had already been released. Leviathan might not look like much, but it gives you everything you need for that end sequence of the game: It gives you context.

Let me explain, and this is where we are jumping into spoiler territory, as a warning. 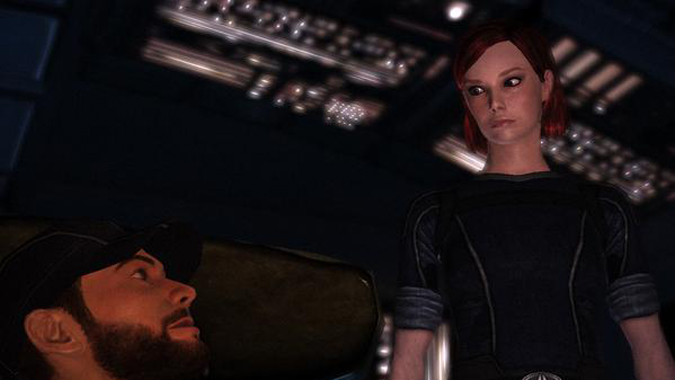 The Reapers are the creation of something called the Catalyst, or as I liked to call him, “Starchild Expositionlad,” an entity that doesn’t actually show itself until the last moments of the final game. The Catalyst created the Reapers as an answer to a problem posed by its creators. Who created the Catalyst? The Leviathans did. Who the heck are the Leviathans? Ancient, impossibly ancient aliens who viewed themselves as the galaxy’s “apex race,” and spent their time traveling the galaxy, indoctrinating “lesser” species and enthralling them to serve and offer tribute to their glorious aquatic space squid overlords.

But over time they noticed a problem: These lesser races would create synthetic life to aid them, and the synthetics would inevitably turn on them and wipe them out. That wouldn’t do – if there weren’t lesser races to serve, where would the Leviathans get all their delicious tribute from? So they created the Catalyst to solve this problem, ordering it to preserve life at all costs.

The Catalyst looked at the issue and decided on a solution that seemed most logical: When a lesser species developed to the point at which it began creating synthetic life, that species would be culled and systematically wiped out. Its pieces and parts would be used to create entities called the Reapers, which would continue the cycle indefinitely, thus preserving the important parts of what that species was, and carrying on with a new generation of evolution.

Which sort of makes sense, in a way. It definitely ends the whole problem of synthetics rebelling against their organic creators, by simply removing the organic creators from the equation before the problem can begin. Here’s the fun part: the Catalyst then looked at its creators, saw in them a species at the pinnacle of its evolutionary cycle, and harvested them to create the first generation of Reapers. 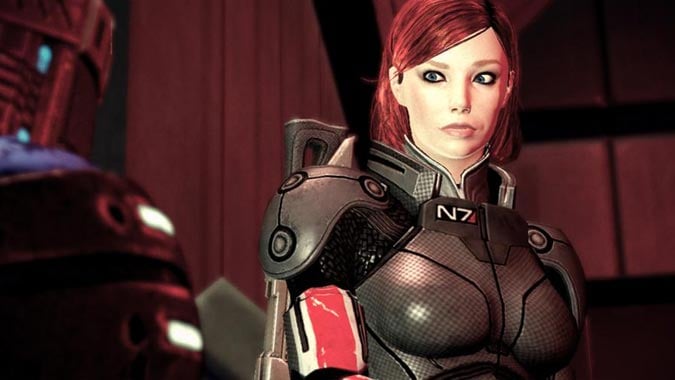 Needless to say, once this began, the Leviathans were not exactly happy with the Catalyst’s assessment, and went into hiding. Deep hiding. Deep underwater space hiding. And they took careful pains to erase any evidence of their existence, so the Reapers wouldn’t come for them. And that’s where they stayed, hidden away, until a human doctor that asked one too many questions managed to hop on the trail, and when that doctor was murdered, one Commander Shepard decided to pick up where he left off and figure all this stuff out.

With this information, with this context, it makes listening to good old Starchild a little easier, and it made that choice at the end glaringly obvious to me. Look, I love EDI. And I went to great pains to save the geth and get them working with the quarians. But the universe was set on this weird cycle because of the Catalyst. A creation of an alien species who were no longer relevant, a species that had the temerity at one point in time to declare themselves the best species in the entire galaxy. And as far as the Leviathan were concerned, the creation of that Catalyst was a mistake – why else would they go into hiding? Which meant that the cycle itself was irrelevant.

The universe as it stood when Commander Shepard was zipping around in the Normandy, trying to convince the Council that yes, by golly, the Reapers were absolutely real and they were coming – that universe had moved on. It had evolved in ways even the Leviathan could not comprehend. Sure, they may have been the apex species of their time, but they couldn’t see the future, they couldn’t determine whether or not this problem they observed would continue indefinitely into the future.

Because it wouldn’t. And I knew it wouldn’t, because I’d gone to such great pains to get to know the geth and work with them, to make sure that EDI had experiences that taught her about organic life. We had moved on from the whole automatic synthetic rebellion and we were sitting on the cusp of something better.

So I have three choices to make here: 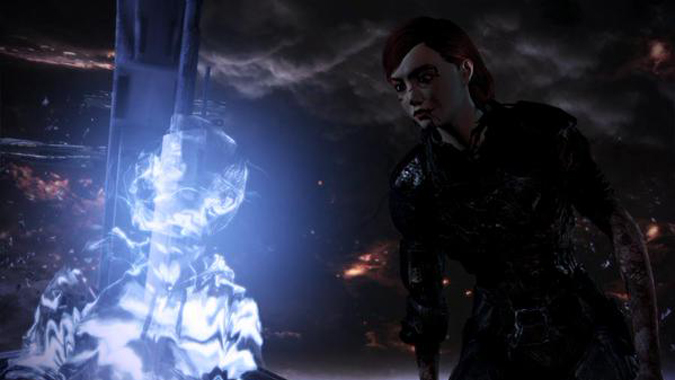 You have GOT to be kidding me, kid.

So I shot the heck out of the thing, chose the red option, and sacrificed EDI and the geth to end a cycle that should never have existed to begin with. Because humanity, and every other alien species that had come to the forefront of the galaxy, deserved to live out its evolutionary cycle on its own terms, not as dictated by the broken rules set in place by an ancient alien species however many thousands upon thousands of years ago.

Makes sense, right? Makes perfect sense. Here’s the problem: People that originally played that third game on day one release didn’t have the Leviathan DLC. It didn’t even exist yet. So they get to the end of the game and they’re confronted with a choice that will affect the entire galaxy, but they don’t have all the information to work with.

No wonder people were upset at that original ending. No wonder they were confused.

I loved this series. I loved every inch of it. I thought it was a beautiful story, even when it was making me weep inconsolably (And it did, in portions). But I’m keenly aware that the reason I loved it, the reason I was so satisfied with it was because I plonked down the extra cash for a DLC that essentially made the ending make sense. A DLC shouldn’t do that. That’s like reading a book, getting to the end and realizing later on that you have to pay to read the second-to-last chapter in order for the ending to be comprehensible. If you’re going to deliver a story in a game, that story should be resolved in a way that is complete, and satisfying, and makes sense first and foremost. If you’re paying for a game that offers a story, you pretty much expect to see that story delivered up front, without needing to pay extra just to get the proper payoff.

I’m guessing that by now, years after the fact, Bioware learned its lesson and figured things out – and I’m really looking forward to Mass Effect: Andromeda, wherever that happens to take us. Because I really want to see another sprawling space epic, and I’d love to see round two of the Mass Effect trilogy, one in which the story is the story, whole and complete, and DLC is relegated to fun side plot points, instead of vital information needed to really understand the game. Stuff like taking back bases of operation like Omega, or just hanging out with my alien pals and throwing a party, before getting down to the vitally important business of dispensing space justice when it needs to happen.

Because the galaxy needs saving, and somewhere out there, there are probably more turians to love.