Pepsi Holiday Spice was disgusting and I want it back 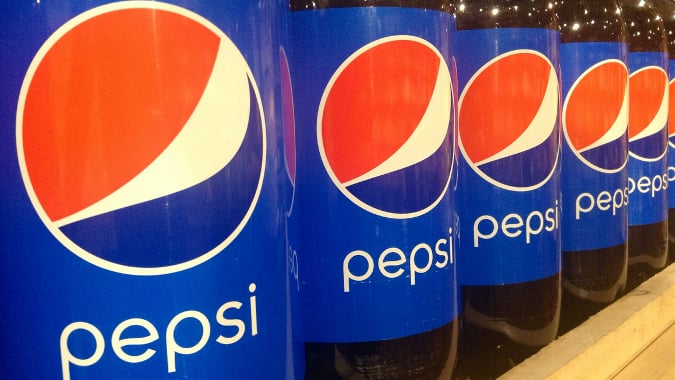 Pepsi Holiday Spice was a truly disgusting beverage. But I want it. I want it bad.

With full knowledge of how bad soda (pop for heathens) is for my health, those sugary, bubbly beverages are one of my nearest and dearest vices. I find few things more satisfying than the simple pleasure that is the first sip of a cold can of Coke. More, though, I’ve taken to trying whatever bizarre new flavors hit store shelves as something of a hobby. The same few soft drinks have absolutely dominated the market for as long as I’ve been alive. The roster hasn’t changed, and unless we see a dietary revolution in America, I don’t believe it ever will. For that reason, new products excite me. Either they’re limited edition right out of the gate and they’re worth a taste just for the heck of it, or they will inevitably fail in the face of the behemoth that is Coca-Cola. Remember: the legendary Crystal Pepsi was, by all accounts, selling quite well until Coca-Cola went out of their way to destroy it with Tab Clear. Former Coca-Cola Marketing Officer Sergio Zyman admitted as much. Crystal Pepsi’s growing success was squashed by a campaign of misinformation via a competing product that was not actually intended to compete with Crystal Pepsi, but tarnish its reputation by association.

The nature of the modern soft drink, concoctions of chemistry hidden behind proprietary formulas, means if you don’t try it now, the flavor may never surface again in your lifetime. That, by itself, is enough to drive me to taste test while I still can. I try not to get too attached, knowing most of these flavors will cease to exist within months. Sometimes, though, a flavor grabs me and won’t let go. Such is the case with Holiday Spice Pepsi. Let me be clear: my attachment to a beverage which hasn’t existed in nearly a decade isn’t because I enjoyed it. I didn’t. Holiday Spice Pepsi was revolting. And that, somehow, was its charm.

Today, in the year 2015, the pumpkin spice phenomenon is well-known. As maligned as it may be (in that bizarre way everyone gets really angry when something becomes popular enough), I generally enjoy pumpkin spice. Pumpkin spice in my coffee? I’m there. Pumpkin spice muffins or pastries? I’m in. Pumpkin spice Pepsi? No bueno. There is no effective difference between holiday spices and pumpkin spices. They are, at their core, the same spice blend: cinnamon, allspice, cloves, ginger, and nutmeg. They’re all spices that provide a comforting warmth in cold weather. In warm drinks and warm pies, those spices simply make you feel better. Overall, they do not belong in an ice cold cola. 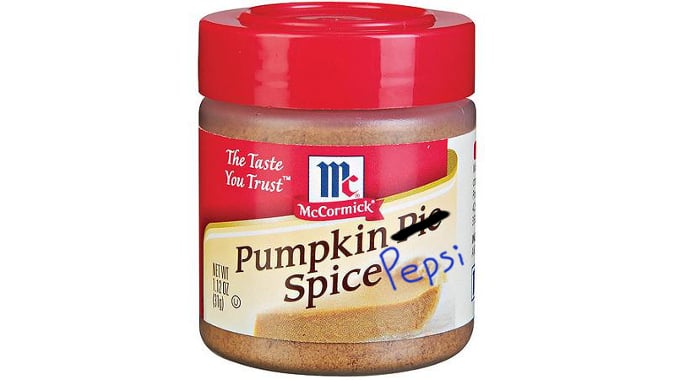 Here’s the kicker, though: according to everything I’ve read on Pepsi Holiday Spice (which is more than I care to admit), supposedly the only spice involved was cinnamon. Cinnamon is one of the spices already commonly found in cola formulas. The two common denominators in almost all cola recipes are cinnamon and vanilla. Knowing that, how is it possible Pepsi Holiday Spice possessed a flavor akin to the acrid stench of your grandma’s musty spice cabinet? How does a little more cinnamon do that? I don’t understand. And that’s fascinating.

Pepsi Holiday Spice rose from the grave in the 2007 and 2008 Christmas seasons as Christmas Pepsi. They didn’t make it better. They made it worse. In addition to the sensory assault of the most bizarre cinnamon I’ve ever had in my mouth, Christmas Pepsi also included nutmeg and cocoa. If you’re genuinely curious about this flavor, you can make an approximation of it on your own. Take a trip down to the gas station and buy a bottle of Pepsi. Add a tablespoon of pumpkin spice. Add a teaspoon of cocoa. Close the bottle and let it stew in your fridge for a day. Then drink it. Drink all of it.

I’ve read Pepsi Holiday Spice and Christmas Pepsi were both attempts by PepsiCo to bring a soft drink approximation of the Swedish julmust to North America. I can’t blame them. The Coca-Cola Company has almost complete global dominance of the soft drink market with few exceptions. One of those exceptions is in Sweden during the holiday season. Julmust is a uniquely Swedish holiday non-alcoholic spiced malt beverage. Coca-Cola sales plummet. Julmust reigns supreme. From a business perspective, I respect Pepsi attempting to bring that flavor profile to the table in North America. 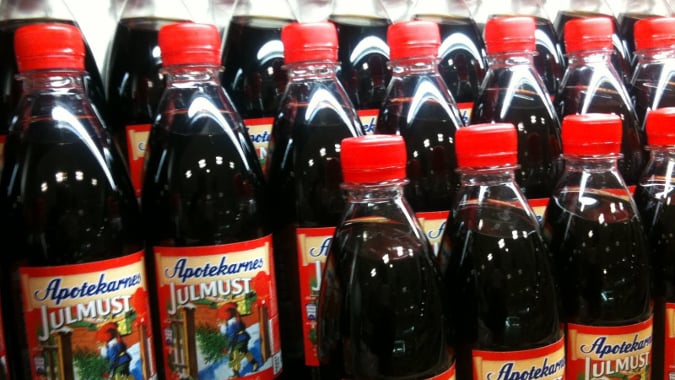 Here’s the problem, though: julmust is gross, too. Julmust is to beverages as lutfisk is to food. It’s a traditional, acquired, cultural taste. There’s no good reason to imbibe or ingest either of those items anymore. Lutfisk was the result of needing to find a way to preserve food for the cold, hard winter months, and deciding the best way to avoid death by starvation was to soak fish in lye until it turns into jelly. No one in Sweden (or Norway) needs to do this anymore. We have refrigeration. We have a global economy. If you’re living in a frozen wasteland, you can receive food from somewhere warmer. You will not starve if you haven’t filled the larder for winter. You can go to the supermarket and buy a pizza. Lutfisk persists out of tradition. It’s part of the culture. Lutfisk is a horror show perpetuated in the interest of preserving that culture. I’m convinced julmust is no different. It’s atrocious. It’s horrible. It’s tradition. It’s Swedish, damn it, so they will drink it no matter how terrible it is.

Outside of Swedish and/or Norwegian immigrants, America at large has no baseline for julmust or a julmust-alike. That simply isn’t a part of our collective palette. We have brews and malt beverages, but non-alcoholic malt beverages aren’t on our radar. Swedish children drink julmust with glee. If you have children, would your child drink a malt beverage? If so, you have a cool kid and should treasure him and/or her. The general American population was horrified by Pepsi Holiday Spice. The demographic which might have enjoyed it — the aforementioned immigrants — still wouldn’t want it because this is America and you can find whatever you want if you look hard enough. They can find the real deal. Julmust exists within North America. A julmust-alike has no place on the market.

Pepsi Holiday Spice was one of the most horrific soft drinks I’ve ever tasted in my life. But I want it back. Because deep down, I want my own tradition of drinking something horrible during the holiday season. Maybe if PepsiCo puts that stuff on the shelves long enough, we’ll forget there was ever a time we didn’t punish ourselves with it. Twenty years from now, we won’t look back on Christmas Pepsi with horror. We’ll look forward to the next time it comes around. Pie spices and cocoa in Pepsi won’t make us want to barf. Well, no — it will. But it’ll be endearing. Kinda. Probably not.

Look, I just want it, okay? Hook me up already.